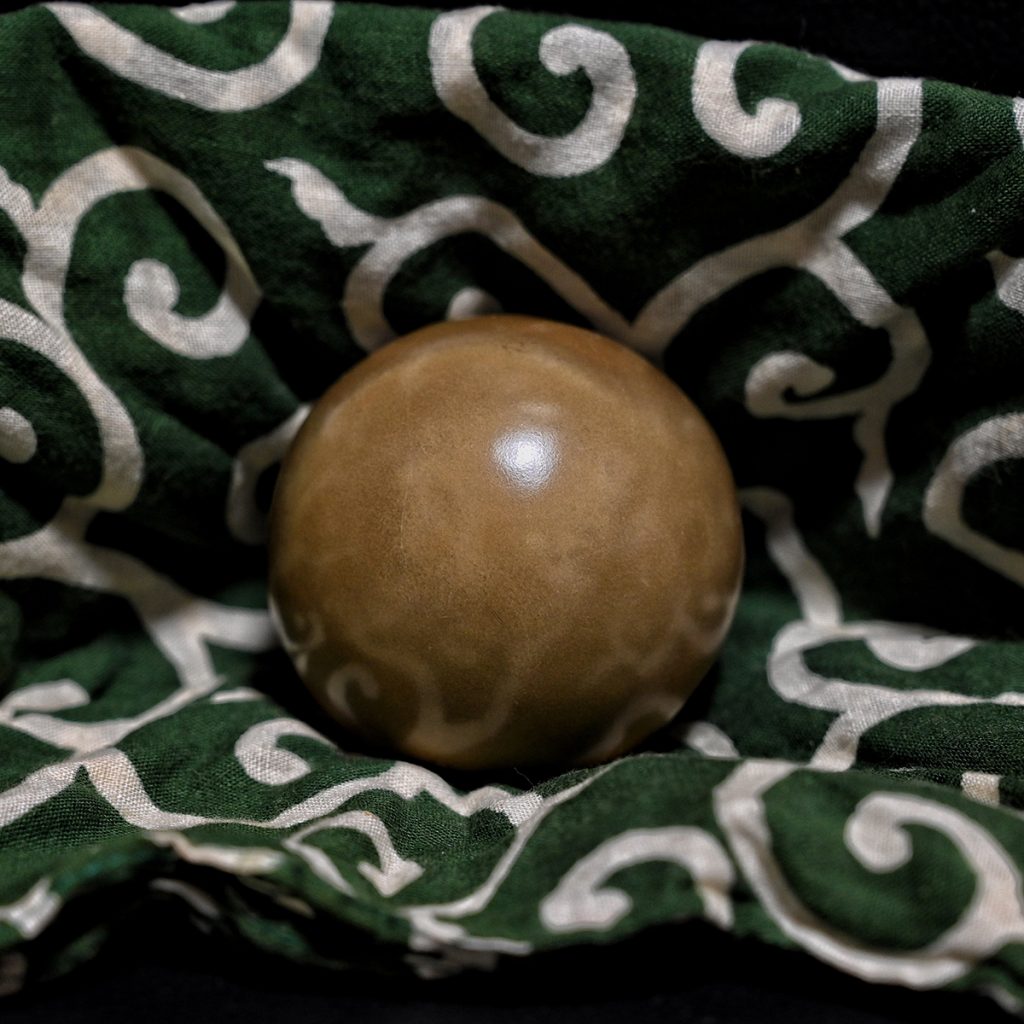 A literal ball of mud called doro-dango is going viral on Japanese Twitter. Learn about these artistic mud balls and the meaning behind them.

It’s normally memes, food pictures, cat-related posts, and borderline delusional Donald Trump tweets that are the usual suspects of what goes viral on social media sites across the web.  Every now and then, however, something totally random, yet surprisingly interesting seems to do the trick. This time, over here in Japan, a picture of a doro-dango has been going viral on Twitter.

Why is a Ball of Mud Going Viral?

Now, you’re probably wondering what exactly a doro-dango is.  In short, they are literal mud balls that have been shaped and polished so much, for so long, that they look like brown pearls.

The post from @kobatek on Twitter now has over 177,000 likes, and 20,000 retweets since it was posted on November 2nd.  People have consistently been commenting on the post saying things like “if you told me this was a piece of fancy chocolate from a department store I’d eat it!” and even things like “A great treasure, and it looks like Eiji Kotoge’s head!”.

As mentioned, doro-dango’s are literally made from polished mud or sand.  The word doro-dango also refers to a wide range of mud balls, from those you made when you were a kid in the backyard, or at the beach, or those like the one that @kobatek made.  Doro-dango can be made from almost any type of soil, sand, or clay and come in a variety of different colors, after all, you can make one using any color material that mother nature provides us with.

The name comes from the Japanese word “doro” which means mud, and “dango” which is a type of circular dumpling.  In Japan, making doro-dango isn’t the same as making balls out of sand or mud in the States.  It’s an actual artform.

Doro-Dango as an Art Form

While making a quality final product is the goal, the artform itself actually has to do with the idea that something beautiful and shiny like the perfect doro-dango can be made from something “not so beautiful” like mud or sand.  Of course, the process itself is important to the artform as achieving the goal of making a beautiful doro-dango means being consistent and working hard.

Now, you can likely imagine why something like this would go viral in Japan.  This doro-dango however is extra special as @kobatek made this one 10 years ago, and because it was so perfect, he decided to store and keep it as a literal piece of treasure.  Don’t be fooled however, @kobatek is no rookie in the game.

As a long-time preschool school teacher, his work involves teaching the children how to make doro-dango during recess or as an art project.  Making doro-dango is a common activity and something that almost all Japanese preschoolers do at least once a year at school.

When asked about how this particular one was made, he answered that it wasn’t made from sand in the sandbox, as sand is already too smooth, so he likes to use soil from the school grounds mixed with water to create mud.

How to Make The Perfect Doro-Dango

After the basic shape had been formed, he sprinkled sand over it and let it sit for a few hours until a thin layer of clay was formed.  Then, he used a jersey cloth to polish it until smooth.  This process is then repeated over and over until it’s as smooth and shiny as a pearl.

@kobatek also wanted to inform everyone that while making doro-dango is often looked at as a simple activity for children, even adults can have fun making them.  Not to mention, those who try making one later in life will probably end up making one of higher quality than the one they made when they were in preschool.

Next time you have some free time, why not give making doro-dango’s a try!  Have fun!