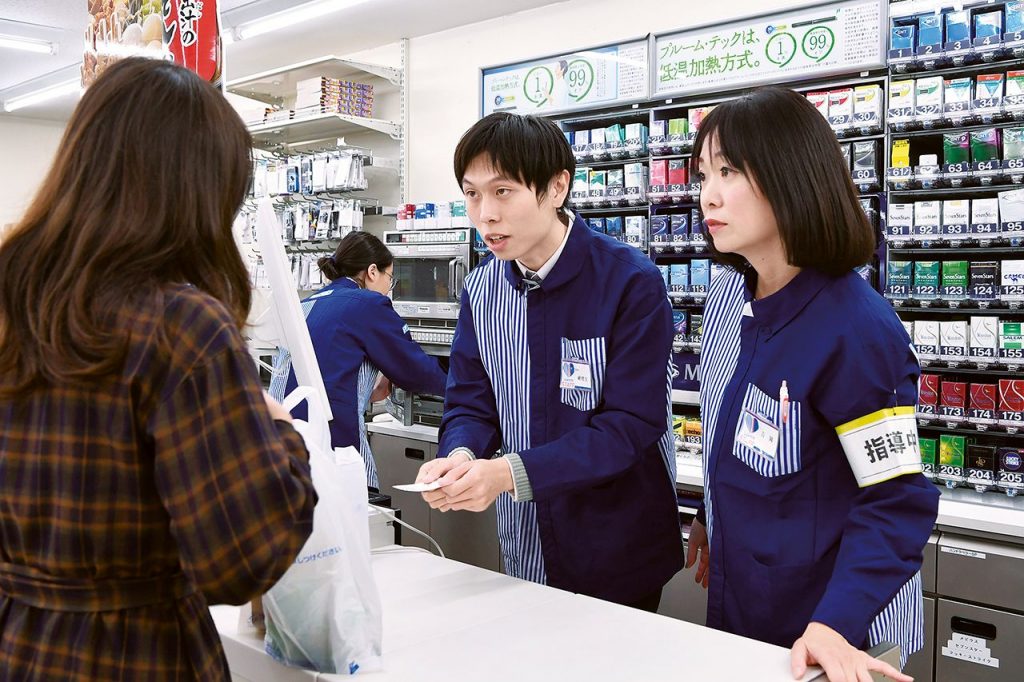 Sometimes the customer is NOT always right. A little compassion can go a long way toward maintaining civility during the global pandemic.

In Japan the belief “okyakusama wa kamisama desu” (お客様は神様です), which directly translates as “the customer is god,” is no cliche.  The Japanese are known throughout the world for their cult-like devotion to the goal of ensuring the highest degree of customer satisfaction by providing exemplary service.  It often far exceeds what would be considered normal in the West.

What Is Customer Harassment?

Customer harassment refers to nuisance and malicious complaints that are harmful to stores, companies, and employees.  It is a form of harassment that takes advantage of the “customer-employee” relationship.

The recent supply chain issues and general stress caused by the ongoing global pandemic have, however, been a source of stress for many consumers.  Long accustomed to outstanding customer service, when expectations exceed reasonable levels of service, sometimes the results can get ugly.

While still not yet commonplace in Japan, lately there has been a surge of cases of customer harassment, which is called kasu-hara (カスハラ) in Japanese.

Cases of Customer Harassment on the Rise

Complaints from customers, which are known in Japan by the Japanese “loan word” from English, kuremu (クレーム) or “claim,” are important opinions that a company should take seriously.  If, however, such viewpoints become too extreme, they can become a form of harassment.

The Phenomenon of “Monster Claimers”

In extreme cases customer harassment can lead to physical and mental harm to employees.

Such cases often involve a customer who makes unreasonable, excessive, or exorbitant demands, forcing a response that exceeds the scope of what is reasonable under socially accepted standards or forcing non-compliance.

Repeat offenders are called monsuta kurema (モンスタークレーマー) in Japanese.  The term directly translates as “monster claimer.”  These people are the bane of frontline workers, many of whom are considered to be “indispensable.”

Customer harassment tends to be prevalent in industries such as hospitality and retail, where “people” come face-to-face with each other through services and products.

Where Is the Problem Most Acutely Felt and Why?

It is, however, well understood that Japanese people generally prefer to avoid direct confrontation.  Why, then, are incidents of customer harassment on the rise?

It is commonplace for consumers in Japan to consider their own societal position to be superior to store clerks.  They have, in general, been spoiled for years with over-the-top service.  Particularly in the service industry, at fast food restaurants, and in relatively inexpensive retail stores, Japanese customers have come to expect impeccable service, even if the prices are low.  Thus, there is an inherent disconnect between the notion of “you get what you pay for” and expectations of excellent service.

Effect of the Coronavirus Pandemic

Survey results indicate that the coronavirus and all of the societal problems that it is causing are making this disconnect even worse.  Complaints about “employee response” led to approximately 40% more cases of harassment due to the ongoing global pandemic.  This is in contrast to other complaints also related to the coronavirus that include matters related to the products themselves, infection control measures, or business hours.

Perhaps nowhere is the situation most acute other than at convenience stores which are on the frontline of this new wave of customer harassment in Japan.

Convenience Store Clerks Are on the Frontline

Among the four largest convenience stores in the country, approximately 7% or 62,000 members of their workforce were non-Japanese in 2020.  Although the coronavirus has certainly resulted in a reduction in the number of foreign students who have part-time jobs working at convenience stores, this anomaly is likely to be temporary.  The long-term trend is for more and more foreigners to be employed both full- and part-time at the 56,000 convenience stores operating around the country.

7-11 has, for example, increased the number of their foreign employees by 70% during the past four years to more than 37,000.  Most come from Vietnam, Nepal, and China.

Although foreigners who work at convenience stores in Japan tend to pick up the language quickly, when they first begin many face a language barrier.  Although it would be natural to assume that this initial lack of language fluency would frustrate some Japanese customers, it turns out that it is actually working to the advantage of many foreign clerks.  This somewhat counter-intuitive situation to the growing problem of customer harassment in Japan is even leading to a curious solution for many native-born convenience store clerks.

Some convenience store employees whose first and often only language is Japanese have noticed that the “excessive demands” of certain customers miraculously disappear when they pretend to be a foreign student by wearing a foreigner’s name tag.

Japanese customers take it for granted that I will know to ask how many pairs of chopsticks or spoons to include with their order. They often become angry if they are forced to wait just a second too long for me to ask them about this or to ring them up. When I pretend to be a foreigner, they don’t say anything, remain patient, and act in a civil manner.

This case shows that some customers change their attitudes by guessing the nationality of the store clerk based on what is printed on their name badge.  Many assume that those with foreign names are unable to comprehend Japanese all that well and are, therefore, entitled to a pass.  Even if such customers are privately fuming on the inside and do not really want to let the clerk and convenience store off so easily, many must simply be resigned to the fact that the expectation of fluency in Japanese is too much to expect.

This can present quite a conundrum for Japanese store clerks.  Most of the major convenience stores require their employees to wear name tags.  The thinking is that because of their location, convenience stores have many repeat customers.  If a customer can remember your name and build a personal relationship with you, not only will they become a regular customer, but the expectation is that the likelihood of trouble should be reduced.

It is, though, not that easy in the real world.  Once a dispute arises, the customer may complain to the headquarters, and the clerk’s name will be announced.  One Japanese clerk lamented,

There was a customer who yelled at me and threatened me, so I said, ‘I’ll call the police,’ and a complaint was made to the headquarters.

Many store clerks have found that it is often better simply to wear a name badge that says “staff,” which is normally reserved only for part-time employees.  That keeps customers guessing, and a fair number simply assume that the clerk wearing the “staff” badge cannot speak fluent Japanese.

The old saying, “Kill them with success and bury them with a smile,” may, in fact, be a clue to the ultimate solution.

As a long-term resident foreigner from the West, I am always intrigued by the fact that the common language that I share with non-Japanese convenience store clerks is Japanese.  Although at first it seems awkward not to address each other in English, on second thought it is good to remember the adage “When in Rome, do as the Romans do.”  Thus, it is only naturally to speak Japanese in Japan.

After getting over the initial trepidation of not knowing which language to use and moving forward with Japanese, I am often amazed at how fluently most non-Japanese clerks working at convenience stores in Japan are able to speak Japanese—in most cases with little to no accent.  Such clerks are certain to win over people who are prone to customer harassment.

Regardless of language fluency, having a positive attitude and glowing with a big smile can, moreover, do much to extinguish any possible apprehension on the part of a customer.  The convenience store clerk who works at Lawson whose real name just happens also to be “Lawson” has got to be the best positioned to do this.  It helps that he is willing to joke along with customers regarding his fitting name.

The next time that you purchase something at a convenience store in Japan take a closer look at the name badge of the person behind the counter. Be on the lookout for unruly customers who are committing acts of customer harassment. In such cases you may even be able to come to the rescue of the frontline worker who is only just trying to do their job and provide “service with a smile.”