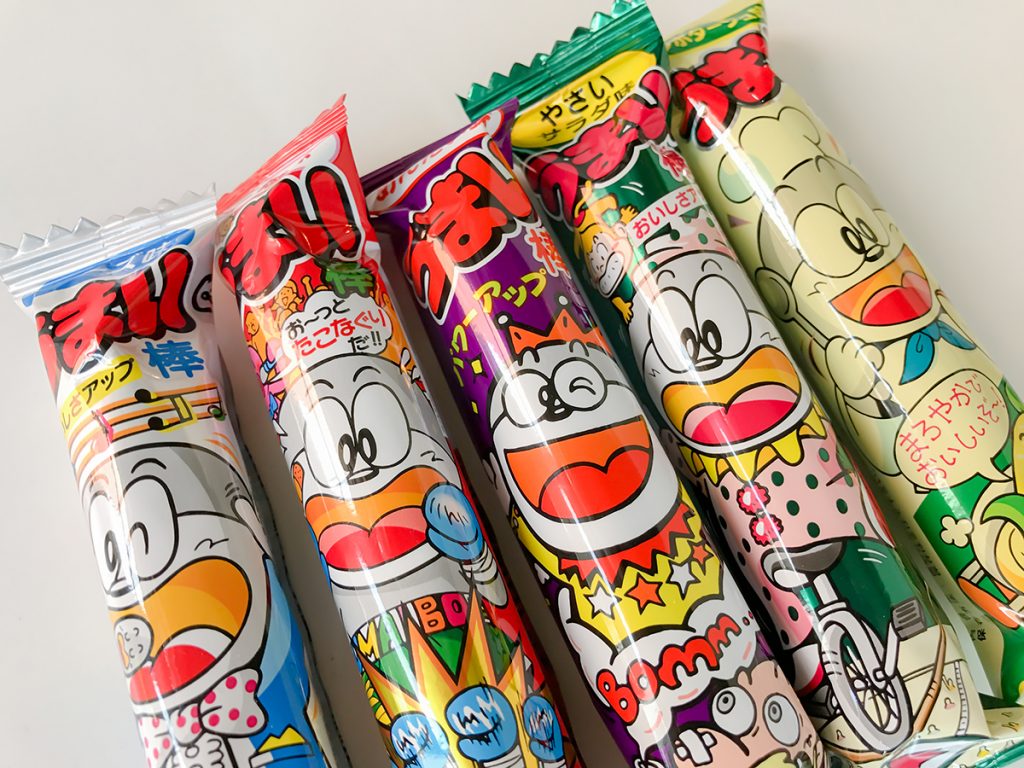 Tourists who visit Japan often cite the big cities, natural scenery, culture, nightlife, and food when asked why they want to travel to Japan.  Specifically, tourists often speak of sushi, ramen, and wagyu steaks when it comes to food.

While sushi, ramen, and wagyu steaks are delicious things to try, many tourists also seem to want to try various Japanese snacks and candy as well.  The interest in snacks and candy seems to be heavily tied to Japanese pop culture and anime.

Whether it was a scene from a Ghibli movie like Spirited Away that featured konpeito or small sugar candies or a scene in an anime TV show when a character buys candy, potato chips, or visits a dagashiya or a small shop that sells cheap snacks and sweets, viewers overseas understandably want to know what each sweet or savory snack tastes like.

You may have even seen the anime series Dagashi Kashi, which follows the story of the Shikada family who runs Shikada Dagashi, their family-owned dagashiya.

Thus, when tourists visit Japan, they often buy the snacks, sweets, or candies that they have seen in anime to try out for themselves.

One of the most famous and popular Japanese snacks found at dagashiya and convenience stores are Umaibo’s.  Umaibo literally means “tasty stick,” and the snack is similar to a corn puff, just in stick form and dusted with various flavors.  Umaibo has remained only 10yen (roughly 10 cents USD) since they first hit the stores in 1979.

Umaibo comes in 17 different flavors, and the most popular are corn potage (Japanese corn soup), cheese, and mentaiko (spicy cod roe).  Since the individually packaged corn puffs are only 10 yen, you could try all flavors and spend less than 200 yen (roughly $1.83).

Since traveling to Japan at the moment is not an option, two foreigners partnered with Yahoo Japan and With News to review 7 popular Umaibo flavors for you.  They chose flavors that are unique to Japan as well as some that would be familiar to Westerners.

The corn potage Umaibo tastes exactly like Japanese corn soup and surprised both taste testers.  One notes that the rich corn flavor is just like the soup.  It was a favorite flavor for one of the two.

As one of the most popular flavors, both respondents said they enjoyed it as it reminded them of cheese puffs found in the States.  They note that the creamy and mild cheese flavor comes out even more with each chew.

This flavor is apparently surprisingly sweet, likely due to the sweet teriyaki-like sauce that is glazed over yakitori.  The taste testers state that it is also kind of fruity, causing it to steer away from the taste of real yakitori.

Takoyaki, similar to savory pancakes, includes bits of octopus (tako), ginger, green onion, and tempura scraps and is topped with bonito flakes, seaweed, mayonnaise, and a sauce similar to Worcestershire.

As for the umaibo flavor, it apparently tastes similar to beef jerky, likely due to it tasting too much like the sauces put on top of takoyaki rather than the inside of the takoyaki balls themselves.

Mentaiko is spicy cod roe that is often eaten with rice and is popular in the southern city of Fukuoka.  The umaibo version is said to bring out the mentaiko taste and a general seafood-ish taste and wasn’t too spicy.  However, the two taste testers liked it and said that it would go well with some Sake!

Natto is a fermented soybean dish that is often not too popular with foreigners because of its strong smell.  If you haven’t had it, there really isn’t much of a way to explain the taste rather than by saying, “it tastes like natto.”

As for the Umaibo, it doesn’t have a super-strong natto taste and is rather mild.  One of the taste testers even said it kind of tasted like Doritos!

A rusk is a crispy dry toast usually coated with butter and sugar, a popular dessert or snack to have with coffee in Japan.  As one of the sweet, not savory Umaibo flavors, the respondents say that it was good while they didn’t know what to expect.

They say it tastes like a real rusk in the shape of a stick.  The creamy flavors made them feel like it would pair well with some tea.

Well, now you know what 7 of the 17 Umaibo flavors taste like.  Once you get the chance to travel again, try the remaining 10 flavors!