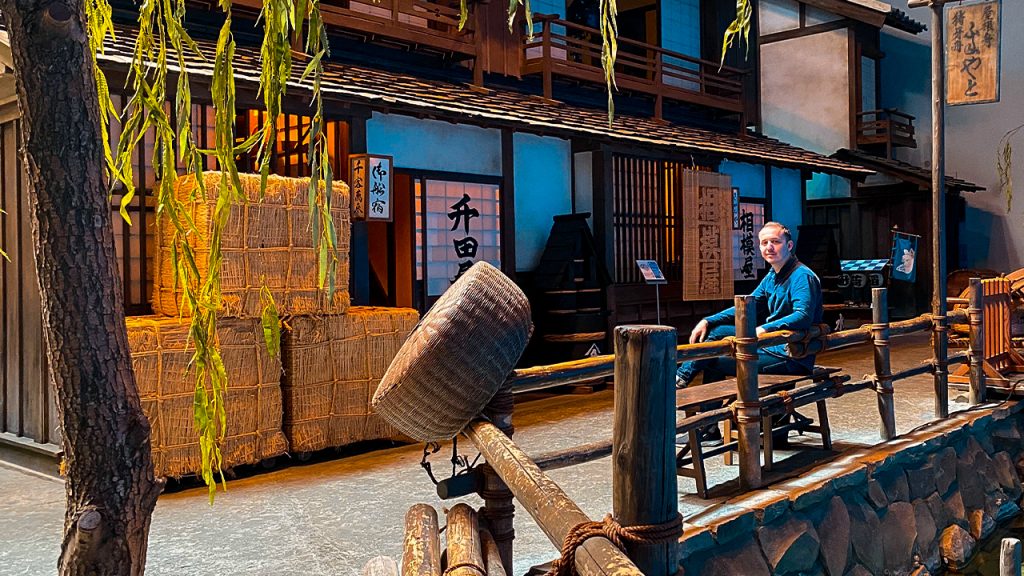 The Fukagawa Edo Museum is a hidden gem where you can experience what life was like in Tokyo hundreds of years ago during the Edo Period.

While the Edo-Tokyo Museum adjacent to the main sumo wrestling stadium in Ryogoku on the eastern edge of Tokyo is not to be missed, it tends to attract huge crowds and can be a bit overwhelming at times. There is, however, a much smaller and more intimate alternative where you can actually experience what life was like in Tokyo during the Edo Period, the 250-year reign of the Tokugawa Shogunate when Japan was, essentially, closed to the outside world from around the year 1600 until when Japan was “opened” to the world in the 19th century. It is called the Fukagawa Edo Museum and is a real hidden gem.

The Fukagawa Edo Museum is located in the heart of the local neighborhood of Fukagawa and is just a short walk from the Kiyosumi-Shirakawa Subway Station (Z11/E14). The entrance fee is only 400 JPY. While you can certainly guide yourself through the museum, on most days, there are English language docent volunteers on hand to provide a detailed explanation at no additional cost. These guides have studied the history of Fukagawa and take great pride in telling stories about what working-class life was like in the past.

An entire, full-size fishing village from 300 years ago has been recreated inside the Fukagawa Edo Museum. Fukagawa used to be right on the coast, but it is now quite far inland as a result of a series of landfill projects that have been enlarging Tokyo for the past several hundred years. The area retains, though, a strong connection to the sea.

Once every 20 minutes or so you will experience a full day from sunrise through the late evening which includes stunning visual and sound effects. At one point it will sound like a thunderstorm inside, but don’t worry–you won’t get wet!

Be prepared, though, to take off and put back on your shoes at several points as you literally make your way through the exhibits. You can explore every room of the many homes and workplaces of the village’s inhabitants. There are homes of wealthy merchants, tea houses, the combined living quarters and workspace of blacksmiths, an inn for fishermen, and several other structures to investigate.

The Fukagawa Edo Museum frequently features special exhibits such as Edo Period Manga Animation which is running until mid-November 2020. Some of the special exhibits include hands-on workshops and live performances, and many are geared toward children. You can check for updates on their website. Please note that while the main website is published in Japanese, it has a built-in translation function.

More Things to Do Right Outside

Outside the museum it is fun simply to walk around the neighborhood of Fukagawa which is in the heart of Shita-Machi or Tokyo’s working-class “Lower City.” Just down the street from the museum there are numerous local restaurants that feature Fukagawa Meshi, a rice bowl topped with asari clams. Back toward the subway station, you can also tour the impressive Kiyosumi Gardens to walk through a giant, traditional Japanese garden.

Extension of a Visit to Asakakusa

While easily accessible by subway, keep in mind that Fukagawa is only a 10 to 15-minute taxi ride from Asakusa. While you would not want to pass up a visit to one the world-famous Tokyo-Edo Museum in nearby Ryogoku, especially for something to do on a rainy day the Fukagawa Edo Museum would be the perfect place to gain a deep understanding of what life in Tokyo must have been like hundreds of years ago. You will also get a good sense of one of Tokyo’s numerous local neighborhoods. Enjoy!