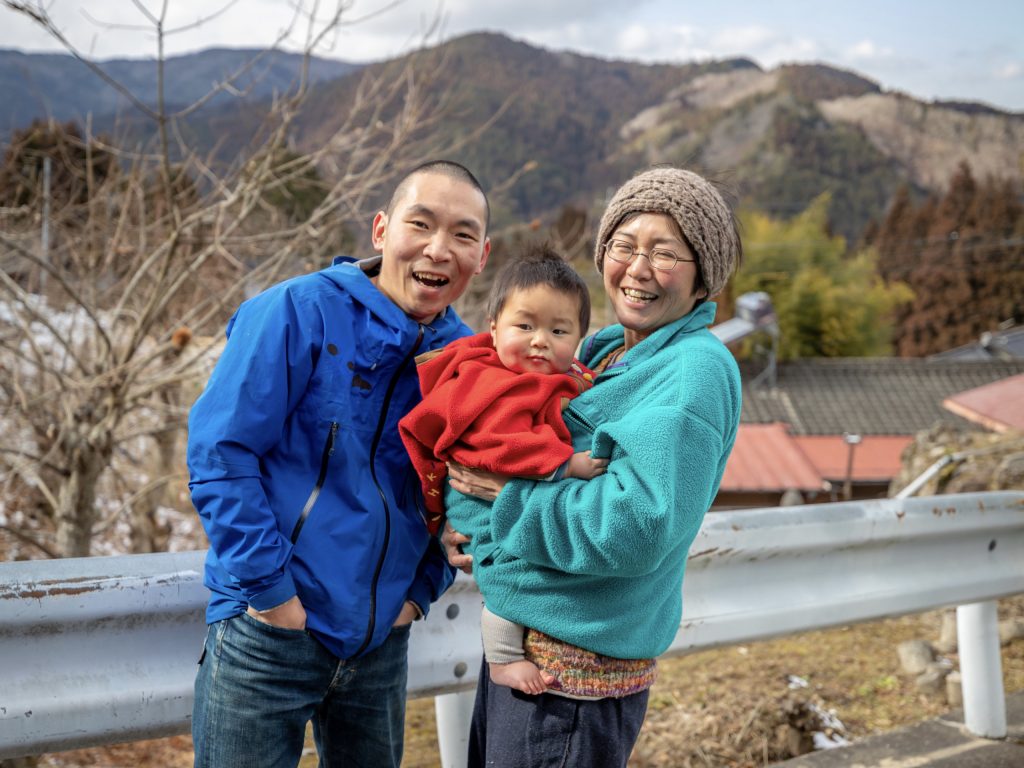 Get Paid by the Japanese Government to Move to the Countryside

More and more people are now re-assessing their priorities and considering moving out of Japan’s mega-cities to start a new life in a rural setting.

Particularly since the end of World War II, it has been hard to keep young people “down on the farm.” Trying out life in the big city—particularly Tokyo—has almost been a right of passage for generations and has resulted in an extreme concentration of resources in the capital. The Japanese even have a word for this phenomenon. It is called Tokyo ikkyoku shuchu (東京一極集中) which means “to focus on Tokyo.”

Most internal migrants first make a move to Tokyo to attend university but remain for job opportunities and a chance to experience first-hand Tokyo’s dynamic lifestyle with its myriad of restaurants, entertainment options, and cultural attractions.

As a result, now approximately 30% of the entire population of Japan is concentrated in the Greater Tokyo Metropolitan Area (including the surrounding prefectures of Kanagawa, Saitama, and Chiba). That compares with how Greater London is home to 13% of Britons, Greater New York is where 6% of Americans call home, and Greater Shanghai accounts for just 2% of China’s population. The population of Tokyo has, moreover, been growing year-over-year for the past 25 years.

The pandemic has, however, caused more and more people to question what they have been sacrificing to live in the Tokyo Metropolitan Area and whether the trade-offs they have made are, in fact, worth it. Although Greater Tokyo still had more incoming migrants for the full year in 2020, the city experienced a small net outflow in July, August, November, and December for the first time in a long time. It could be the beginning of a trend in which Japan’s countryside receives an infusion of new blood.

While the allure of the bright lights and big city atmosphere of Tokyo is difficult to resist, the uneven concentration of human resources is not without its drawbacks.

Living in Greater Tokyo does not come cheap–especially for land (including rent).  Long commutes are simply a fact of life.  Traffic can be unforgiving.  There is a scarcity of available childcare.  While the city boasts some amazing parks, dwelling in the middle of Tokyo tends to be fairly removed from a more natural environment.  Thus, overall living in Greater Tokyo can be quite stressful.

Maybe there is a viable alternative.  The potential to telecommute or work exclusively on a remote basis is encouraging more and more people to reexamine the advantages of living in the countryside.

The cost of living—especially the cost of housing—is significantly lower in the countryside.  The Japanese government has developed lists to rank cities with a population of more than 500,000 people, which have been designated as seireishiteitoshi (政令指定都市) in Japanese (Source:  Ministry of Internal Affairs and Communications https://www.stat.go.jp/data/kouri/kouzou/pdf/g_2019.pdf)

It is not a surprise that all of the cities in the Top 5 are located in Greater Tokyo.

3 of the Top 5 are on the southwestern island of Kyushu.  While not right around the corner, Maebashi in Gunma is within commuting distance of Central Tokyo, and it is relatively easy to travel between Nara and Central Osaka.

It is significant to note that Fukuoka, one of Japan’s largest cities, ranks as the seventh least expensive seireishiteitoshi.  Thus, it may offer the best of both worlds to combine the draw of living in a mega-city along with a relatively low cost of living.

So, when exiting Japan’s mega-cities, where do most people go?

It turns out that most internal migrants exiting Japan’s next two largest large metropolitan areas, Osaka and Nagoya, actually end up in Greater Tokyo!  Let us ignore this fact for the time being and focus on internal migration to the countryside.

Although the absolute numbers are still fairly low, the greatest gains during 2020 in terms of percentage of population growth were the resort town of Karuizawa in Nagano (567 people), Ami City in Ibaragi (near Tsukuba), and Kikuyo City in Kumamoto, which is within commuting distance of Fukuoka.

While hardly an exodus, it is possible to characterize trends for relocating from the mega-cities to the countryside as generally following one of three routes.

The classic pattern is the U-Turn.  It refers to people who have moved from rural areas to cities and then return to their hometowns.

Possibly accounting for the growth of places like Maebashi and Nara, which feature a low cost of living relatively nearby a large metropolitan area, the J-Turn is also a popular choice.  This refers to a person who moves from his or her hometown to a city for higher education or employment and then moves to a regional city close to their hometown.  It may be attractive to people who want to work in a place with a certain degree of convenience and a lot of nature.

After relocating from central Tokyo approximately two years ago with my wife to our new home on the northeastern coast of Kyushu, I have had a new appreciation for living closer to nature.  It is simply a healthier environment. We later learned that what we did was “to turn straight” by making an I-Turn, which struck us, naturally, as an odd way to put it. Although somewhat of a misnomer, the Japanese term for moving from an urban area to a rural area different from your birthplace is I-Turn.

Shogo cited a 2020 survey that ranked by prefecture the degree of happiness of its inhabitants,

Miyazaki ranks #1 in terms of happiness!  I wonder if it will start trending…I know, however, that it is different for everyone.  From a couple in their 30s who are ‘I-turners’ from Tokyo (and raising a child) now living happily in Miyazaki.

As appears in the pictured television report, the Top 7 prefectures for happiness in rank order were Miyazaki, Okinawa, Oita, Fukui, Ishikawa, Tottori, and Kyoto.  All but Kyoto are places outside Japan’s mega-cities.

The government is actively encouraging residents of Greater Tokyo to relocate to the countryside, and they are “putting their money where their mouth is.”

Financial Incentives and Other Support

To help revitalize Japan’s rural areas while simultaneously reducing the concentration of human resources in the capital, there are substantial financial incentives available from the national, prefectural (state), and local municipal governments to encourage would-be U-, J-, or I-turners.  There are, in fact, so many programs that it would be best to consult a relocation “coach” (see below) to ensure that you do not miss out on all relevant opportunities.  Here are just a few:

Funding from the National Government

People who move to rural areas while continuing to “tele-work” (テレワーク) in Tokyo remotely can now receive a grant of up to 1 million yen ($9,000).

There are several programs, as local authorities are often desperate to attract new residents.  In addition to straight-out grants, many municipalities provide extensive support to help newcomers find employment.  Some programs help would-be entrepreneurs either establish a new business or take over an existing local business that lacks a successor.  Local government resources are also on hand to help you find a new home—either for purchase or rent.

If you are ready to get serious about taking advantage of some of the available programs to aid internal migrants, step one is to do your research.  While almost all of the information about moving to the countryside is written only in Japanese, with the help of a Japanese friend, you will be able to obtain more than enough information relatively easily.  The real challenge will probably be narrowing your search!

There is almost too much information available online, but a particularly good site to begin is Native.media.  It is a one-stop electronic clearinghouse for information from 42 prefectures about how to relocate to the countryside.  Everything is classified by geography to help you find specific information quickly.

When my wife and I decided to embark on our adventure to become ijusha (移住者) or “transplants” from the middle of Tokyo to the northeastern coast of Kyushu near Beppu, we were directed to an NPO called the Furosato Kaiki Shien Senta or “Return to Hometown Support Center” which is located a short walk from Yurakucho Station.

We were immediately paired with a “relocation coach” from Oita Prefecture, who helped us obtain all sorts of information pertinent to our move.  There was absolutely no problem with the fact that I am a non-Japanese permanent resident.  We were invited to a few seminars at which people who had moved to the countryside described their personal experiences.

We were also hooked up with contacts from the local city hall who helped to arrange for free accommodations during an initial house-hunting trip and accompanied us on a tour of rental properties published on their local akiya “bank” (list) of abandoned homes (see “Transform Japan’s Abandoned Property into Your Dream Home.”  After arriving on our cross-country “I-Turn” down to Kyushu, the same people helped us register as our new community members.  Everyone could not have been more welcoming and got us off on sure footing right away.

Despite the hardships that the ongoing pandemic has caused everywhere, in Japan and elsewhere, it may offer a blessing in disguise by boosting nascent attempts to increase internal migration—especially out of Greater Tokyo.  It takes courage to relocate to a completely new area or even back home to the place of one’s roots.  However, if you do your homework, there are quite a few ways to make the process easier and rewarding—both figuratively and financially.