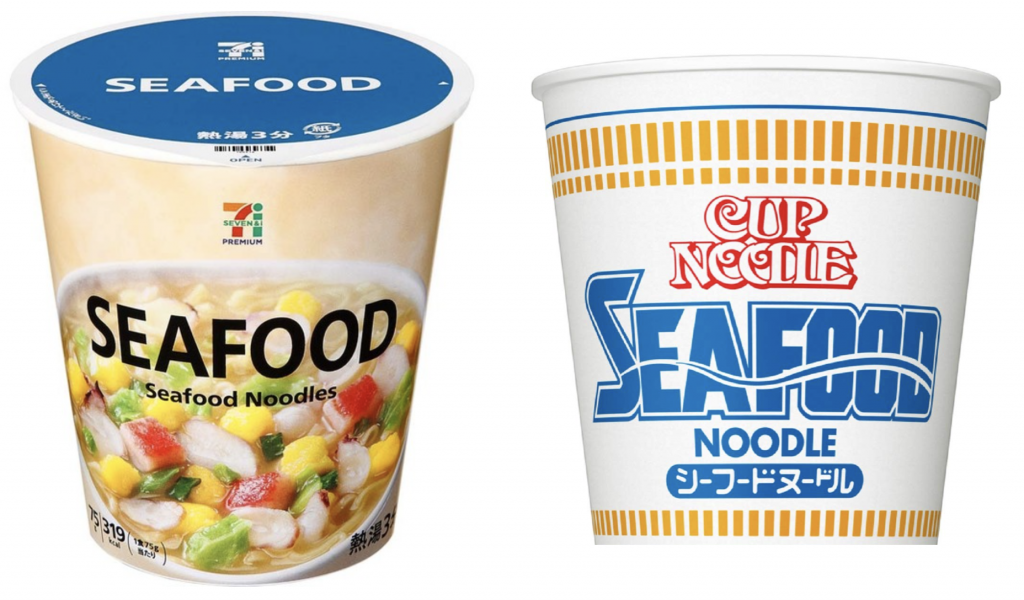 Peel open the top, pour in hot water, wait a couple of minutes, then enjoy.  Loved by millions worldwide, instant noodles are always there when in need of a quick, cheap, easy-to-make, and tasty meal.

What is Cup Ramen?

While you may be imaging a bag of Maruchan, Top Ramen, Nongshim, or Indo-mie containing a square block of instant noodles you boil in a pot, in Japan, instant noodles or cup ramen often comes in a styrofoam cup and in what seems to be thousands of different flavors to choose from.

To make cup ramen, all you need to do is add the packets of seasoning or oils to the ramen and pour hot water directly into the styrofoam cup, and then after a couple of minutes, you have a bowl of ramen.

In fact, many famous ramen restaurants in Japan collaborate with companies who make instant noodles to make their own special ramen into cup ramen.  An example would be the famous miso ramen shop based in Sapporo called Sumire.

Now, apart from all of the different brands of instant noodles to choose from, different convenience stores have their own brands for you to try.  Since choosing at this point is tough, it’s better to first narrow down your selection by taste, as in the base broth.

The main broth bases for ramen in Japan are soy, miso, salt, and tonkotsu or pork broth.  Within each category, you can have hybrids like a chicken soy broth or even a soy tonkotsu broth.  The list goes on and on.

For this article, we’ll focus on seafood flavored noodles that utilize a salt-based or shio broth as a base and contain various types of seafood.

First, some background.  Nisshin is a seasoned contender in the game.  A big company that has been known for its cup ramen famous for its iconic Cup Noodle line since 1971.  In particular, Seven Eleven’s in-house brand and their seafood-flavored noodles haven’t been around as long.

While Nisshin’s instant noodles can be found at almost any store, Seven Eleven noodles are only sold at Seven Eleven’s or their subsidiary stores.  Still, there are 21,143 Seven Eleven locations in Japan.

Now to get into the comparison.  We’ll break it down into five categories: ingredients, calories, smell, taste, and finally, the price. Can a new recipe beat a classic?

Firstly, the Seven cup ramen says “lots of ingredients,” as in toppings, and when you open the top, that’s what you find.  While the actual pieces of toppings are smaller than Nisshin’s noodles, the Seven noodles come with lots of squid and kani-kama, or imitation crab.

Nisshin’s noodles also have a lot of toppings and are noticeably bigger pieces.  Noticeably, Nisshin seems to have more octopus and fried eggs, which are all larger in size in comparison as well.

Here, there isn’t much difference.  Both utilize a shio based broth, which is on the healthier side in terms of ramen.  The Nisshin noodles contain 340kcal, while the Seven Eleven brand noodles have 368kcal.

We must also keep in mind that the Nisshin noodles are only 75 grams in weight while the Seven noodles are 81. Thus the extra 6 grams may help make up for the extra calories, but likely not much.

Before we eat, let’s talk about what the food smells like.  The two cup ramen bowls smell pretty much the same, but the Seven Eleven brand noodles have a more seafoody smell, likely because of the imitation crab and squid.

Of course, this is the most important aspect to compare.  While taste is a personal preference, we’ll break it down as best as possible.

Firstly, the Seven Eleven seafood noodles come with firmer noodles.  Taste-wise, it has hints of familiar instant noodle flavors that taste similar to chicken-flavored noodles.  As expected from just looking at it, the squid and imitation crab, along with the other plentiful ingredients, really come through, making it close to a seafood chanpon cup ramen.

Next, Nisshin’s noodles are very familiar as always and consistently delicious.  The noodles are slightly softer and have a more tender texture.  The toppings contain less “seafood” like cabbage and fried egg, giving it a less intense oceany flavor.

The soup is where the two differ the most.  Nisshin’s pickled ginger-based shio soup definitely has a more consistent instant noodle flavor, while Seven Eleven’s brand has a more seafood-esque flavor in the broth.

Apart from the taste, price is arguably the second most important factor to compare.  While the two don’t differ in price by a lot, it is kind of significant.  Nisshin Seafood Noodles are 184 yen (1.67 USD), and Seven’s are 128 yen (1.16 USD).  While not a huge difference, 56 yen could still buy you a small piece of candy or two and might be the reason why some would go for the cheaper Seven brand noodles.

Overall, Nisshin Seafood Noodles are slightly more expensive and more suited for people who want to have a more classic tasting cup ramen and limit their caloric intake by as much as possible.

Seven Eleven’s Seafood Noodles are better suited for those who like firmer noodles, lots of topping, specifically squid, and want to save 56 yen!

This being said, only you can be the judge of which cup ramen is better!  Go try some!