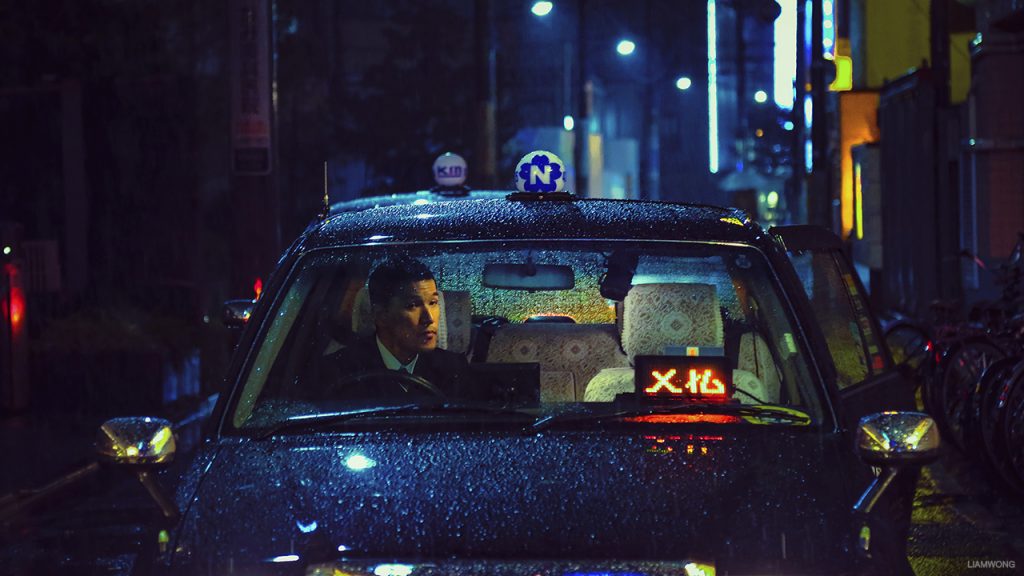 All about the Japanese taxi drivers who often report picking up the spirits of the dead. Read if you dare!

In Japan, spirituality, the supernatural, and ghosts have long been a part of folklore and history.   Like in many places around the world, ghosts and spirits, in particular, have been used to explain the irrational since the dawn of time.

As many who have watched a Japanese horror movie can confirm, Japanese portrayals and depictions of the supernatural have come to be considered some of the scariest examples there are.

The Supernatural in Japan

Similar to many things in Japan, for the Japanese, classification of the supernatural world is quite intricate, detailed, and slightly complicated as there are sometimes blurred, while sometimes clear borders between what is considered a spirit, ghost, or monster, as well as distinctions between what kind of spirit, ghost, or monster each entity is.

On one hand, there are traditional spirits and monsters known as yokai that come in various shapes, forms, and sizes and have historically been used to explain irrational events.  For example, the famous kappa, a reptilian-like creature with a turtle shell on its back and a plate-like dish on its head that holds water was and still sometimes is used to explain drawings of children in rivers as the kappa is known to pull people underwater.

Further, Japanese notions of animism, the idea that spirits reside within anything and everything, yokai aren’t limited to certain “forms” as some are “humans,” animals, plants, objects, and even natural phenomena.  However, yokai are not always bad as some mischievous ones play tricks on people, while some are actually considered a good-luck charm, and some just explain certain phenomena.

For example, the zashiki-warashi is a small boy (or girl) like being that lives within a home, often in storage rooms, closets, or extra spaces, that plays tricks on the residents.  However, those who see one or have one living in their homes are said to be blessed with wealth.

Next, there are yurei that are the closest thing to the Western idea of a ghost.  Like yokai, there are different types of yurei.  Some are good, some are bad, some are physical beings, and others are more like spirits.  Some are bound to certain places, while some just roam freely.

The traditional or classic yurei like Western ghosts are the spirits of the deceased who are now in a state of purgatory and roam freely until they can be properly laid to rest.  They often arise from those who have been murdered, commit suicide, are killed suddenly, or have strong emotional desires revolving around vengeance, sorrow, hate, or love.  These yurei are often “encountered” the most frequently.

In the modern and less enchanted Japan, yurei encounters have become less common but have certainly not gone away.  In fact, in certain places where many have died under tragic circumstances, yurei sightings are more common.

Thus, ever since the 3/11 earthquake and tsunami that devastated northeastern Japan, in cities like Ishinomaki, where the tsunami hit, in Miyagi prefecture, yurei sightings have increased drastically.  As yurei have not been properly put to rest, and some may not even be aware that they are dead, rather confused, they often search for a way home.

This is why taxi drivers in Japan have long been subject to yurei encounters in the form of ghost passengers trying to go home or to a specific place.  The typical taxi driver-yurei encounter involves a driver picking someone up, being told to take them somewhere, and when they later look back or check the mirror during the ride or upon arrival, the passenger is gone.

Many drivers have expressed difficulty as even when they speak out, not everyone believes them.  However, it has almost become a norm for taxi drivers around Japan to be asked if they have ever had a ghostly passenger before.

For the past 10 years, for residents of Ishinomaki, the relationship between survivors and the dead has been studied by sociologists as yurei encounters sky-rocketed.  Tohoku Gakuin University conducted a study called “The Awakened Spiritual Earthquake Studies” that involved interviews with more than 100 Ishinomaki taxi drivers who had a supernatural encounter.

Many drivers reported picking up passengers who seemed to be wet or wearing winter coats in the summer, months after the disaster in the cold month of March.  Most drivers report running the meter and having to pay the fee for the vanished passenger.  One, in particular, reported a chilling story about a man in winter clothing he picked up in the summer who asked to be taken to an address that had been destroyed.  The driver asked if he was sure that was the address as it is now just a vacant lot, to which the passenger replied by asking, “am I dead?”.

An interesting trend the researchers found when conducting interviews was that many drivers had a certain respect for the spirits of the deceased victims as they refrained from using the word yurei or “ghost” to refer to them due to the negative connotations of the word.

The phenomenon of taxi drivers giving “free” rides to yurei is so common and well known across Japan that taxi company Sanwa Kotsu started a taxi “haunted spot” pilgrimage tour as of 2015 that is offered each summer.  Even amidst the pandemic, there were 644 applicants this year.  In 2021, they are offering 35 tours in Yokohama, Tama, Tokyo, and Fujimino.

On the tour, Sanwa Kotsu drivers who have experienced some sort of encounter take passengers to the various locations they saw yurei at as well as famous haunted locations, like the Sengoku Castle ruins, on the tour that lasts around 3 hours.

It is likely that we will continue to hear stories of taxi drivers picking up lost spirits longing for a way home in the future.  Hopefully those who were tragically lost in the 3/11 disasters can find peace once and for all.  In the meantime, if you’re brave enough, try booking a ghost tour with the Sanwa Kotsu taxi drivers.