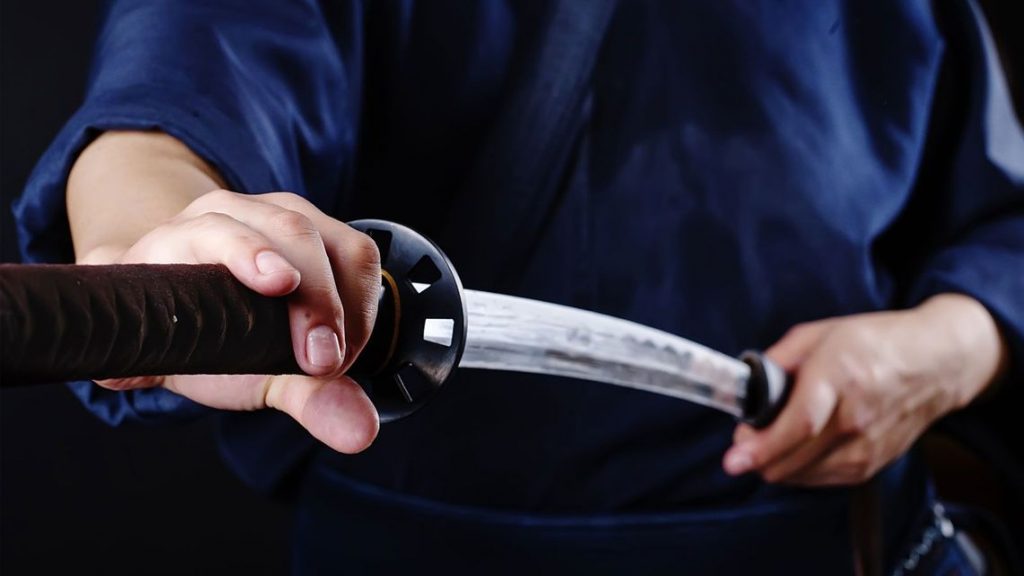 Check out Japan’s 5 sacred samurai swords known as the Tenka Goken, or Five Swords Under Heaven. Which one is your favorite?

What Samurai Swords Mean to Japan

Apart from sushi, beautiful temples, and neon-lit cites, what do people who’ve never been to Japan think of when Japan is mentioned?  Probably ninjas and samurais.  While Japan of course has much, much more to offer than the aforementioned things, let’s be honest, ninjas and samurais are pretty darn cool.

Ninjas and especially samurai aren’t just things that are cool to foreigners or tourists, they’re considered cool in Japan just like everywhere else.  In fact, samurai and especially their swords are an integral part of Japan’s rich history and have continued to have a huge cultural impact on Japanese values and the nation’s image to this day.

Since we’re talking about samurai, let’s not forget about the swords they used to use, known as katana as, after all, a samurai and his sword are a dual package.  Known as the best swords on earth, katana’s were so sharp that they’re said to have been able to slice right through the bones of a samurai’s unlucky enemy.

This means, of course, that samurai swordsmiths were some of the best swordsmiths on earth.  Today, only licensed craftsmen can forge them, and the art of forging katanas has slowly been dying for the last 200 years or so.  Because of this, notable katana are often passed down through family generations or even kept in museums, temples, and the emperor’s home.

The Tenka Goken, also known as “Five Swords Under Heaven.”  These are the creme-de-la-creme of samurai swords.  The five greatest katanas ever to be made.  Three of them are national treasures, one a holy relic of Nichiren Buddhism, and the last one an imperial property.

While the term Tenka Goken is common knowledge among swordsmiths, it is said that the term didn’t officially appear on record until the Meiji Era (1868-1912).  The five swords that make up the Tenka Goken are the Dojigiri Yasutsuna, Mikazuki Munechika, Onimaru Kunitsuna, Odenta Mitsuyo, and Juzumaru Tsunetsugu.  The names include the swords name first, followed by the last name of the swordsmith who forged them.

Let’s check out each of these in more detail.

The 80cm (31.5 inch) long Dojigiri Yasutsuna is a national treasure of Japan and was made by Ohara Yasutsuna in the Heian Period (794-1185).  It is said that Yasutsuna forged the sword so that it would be sharp enough to slay a demon named Shuten Doji that was rampaging in Kyoto at the time.  Thus, with orders from the emperor, a samurai named Minamoto no Yorimitsu (Yorimitsu of Minamoto) slew the demon with the sword, prompting it to be named Dojigiri meaning “Doji cut”.

The sword was made from ground iron that was forged to show strong warpage, graining, and almost no irregularities.  It’s said that Yasutsuna tested the sword himself, on six convicted criminals, slicing them into “round pieces.”  Currently, the sword is on display at the Tokyo National Museum.

The Mikazuki Munechika forged by Sanjo Munechika, also in the Heian Period (794-1185) is another one of Japan’s national treasures. It is 80cm (31.5 inch) long and is said to be the most beautiful of the five due to its crescent shape. Its name, Mikazuki, means “crescent moon” in Japanese.  The blade is said to reflect the shape of many small crescent moons.

Sanjo Munechika was a famous swordsmith and the head of the Sanjo School of swordsmiths.  Munechika forged many other now-famous swords apart from the Mikazuki, which are not on display at the Tokyo National Museum.

Owned by the imperial family, the 78.2cm (30.8 inch) Onimaru Kunitsuna was forged during the Kamakura Period (1185-1333) by a blacksmith known as Awataguchi Kunitsuna.  Kunitsuna invented a method of forging katanas known as Shoshuden.

The Onimaru belonged to Hojo Tokiyori, a regent of the Kamakura Shogunate.  It got its name because one day it mysteriously moved by itself, falling off the sword stand and in the process engraving an image of a demon (oni) into the leg of the sword stand.

This demon engraving looked exactly like the one that was tormenting Tokiyori in his dreams.  Afterward, Tokiyori never clashed with that demon again in his dreams, claiming the sword slew the demon and freed him from possession.

Because it is owned by the imperial family, the sword is rarely ever seen by the public.

The national treasure Odenta Mitsuyo is the shortest and widest of the bunch, at 66cm (30 inches), and was created by Miike Denta Mitsuyo, founder of the Miike School of sword making, in the Heian Period (794-1185).

The Odenta Mitsuyo is said to have spiritual powers as it once saved a princess in the Azuchi-Momoyama period (1574-1600).  The legend goes that princess Gohime, daughter of commander Toshiie Maeda, was suffering from a serious illness until Maeda prayed for her with the sword by her side, which immediately cured her.

Today the sword is owned by the Maeda Ikutokukai, a corporation made by the descendants of Toshiie Maeda, and is played on display several times per year at the Ishikawa Prefectural Museum of Art.

Last is the Juzumaru Tsunetsugu, created in the Heian Period (794-1185) by Aoe Tsunetsugu and is the longest of the bunch at 82.1cm (32.3 inches).  Unlike the other swords that were owned by warlords and actually saw battle or were used elsewhere, the Juzumaru is deeply connected to Nichiren Buddhism, a Japanese branch of Mahayana Buddhism founded by Nichiren.

The sword was a “demonstrative sword” used by Nichiren to “cut down evil.”  Nichiren wrapped the handle with a juzu, a Japanese Buddhist rosary, thus causing it to be named Juzumaru.  This sword is stored at the Honkoji Temple in Hyogo Prefecture instead of a museum and is considered a relic of Nichiren Buddhism.

Pretty cool, huh.  Next time you get the chance make sure to check out these swords!  Which was your favorite?