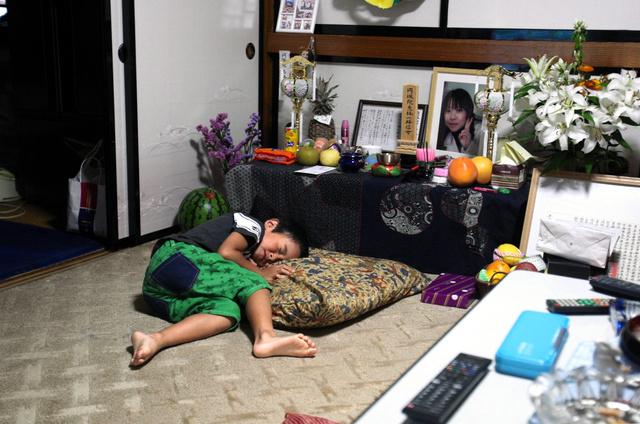 Plight of Japan’s “Earthquake Orphans” from the 3-11 Disasters

More than 1,800 children lost their parents and became “earthquake orphans” during the Great East Japan Earthquake, known as 3-11.

At precisely 2:46 pm on Thursday, March 11, sirens across the country announced the exact moment when a massive 9.0 magnitude earthquake struck off the coast of northern Japan on March 11, 2011, which subsequently triggered a huge tsunami. All residents of Japan were asked to observe a minute of silence to remember the 16,000 people killed (not counting more than 2,500 who are still reported as missing). It was the tenth anniversary of the Great East Japan Earthquake, known in Japan simply as “3-11.”

Over the weekend, there were many events and special reports in the news media about how people in the devastated region are still struggling to recover. One particular subset of survivors whose plight has really captured the nation’s attention is that of the so-called “earthquake orphans.” These were the children who were instantly made into orphans when their parents were killed by the earthquake or ensuing tsunami, which, at its peak, towered 38m or the height of a 12-story building and flooded the coastal region.

There are more than 1,800 earthquake orphans, the most vulnerable group of survivors.  What follows are the accounts of three of the earthquake orphans recently showcased by newspapers and television in Japan.

As can be imagined, all of them have suffered greatly.  With the loving support of remaining relatives—often grandparents—and fellow earthquake orphans, they have, however, come to terms with their loss to the greatest extent possible.  Now the earthquake orphans are growing up and pursuing their dreams.

Sora Sasaki, age 6 at the time

Only age 6 at the time, little Sora Sasaki lost his mother Kanako (age 33 in 2011), who was swept away by the tsunami and whose remains were not found for months.  Kanako was a single mother.

After spending time in an emergency shelter the little boy was reunited with his grandparents.  He recently explained,

Because of the loneliness that I felt for not being able to meet my mother, I confused my grandfather Masao (70 at the time) and grandmother Etsuko (69 in 2011), saying, ‘I wonder if I can meet my mom if I was swept away by the tsunami.’

During the summer, the body of Sora’s mother was finally identified with DNA testing and returned home as cremated ashes.  Along with his grandparents, he said “good-bye” during Obon. This is an annual event in Japan that occurs every August to honor ancestors. It is believed that each year during Obon the spirits of ancestors return to this world to visit their relatives.

With the support of his grandparents Sora, now age 16, is an active high school student.

Haruto Oikawa, age 6 at the time

Haruto Oikawa, who was the same age as Sora at the time, instantly became an orphan on that fateful day back in 2011.  Unable to comprehend fully what had happened, Haruto gained solace from some of the slightly older fellow earthquake orphans that he met at an emergency shelter immediately following the earthquake.  Yoshiki, age 9 at the time, whom he befriended at the shelter, became Haruto’s “older brother.”  Yoshiki had also just lost both of his parents in the tsunami.

Haruto was later reunited with his grandparents.  They recalled that at first, Haruto did not understand what had happened.  He became withdrawn after the body of his father was found about one month later.  He refused to speak about it until around his 10th birthday.  His grandparents sought help from a psychiatrist, but the little boy continued to struggle with depression.  Haruto was forced to grow up fast.

I was still small at the time, so I couldn’t accept the fact that my parents were gone…I felt like my head was devoid of feelings.

Satsuki Takahashi, age 10 at the time

Satsuki was in fourth grade when the home of her family of seven—not including an unborn sister who was due a month later—was washed away by the tsunami after being hit by a ship that had washed up on shore.

She spent the first 3 months in an emergency shelter before moving to a hastily constructed temporary housing facility well inland together with her grandmother and great-grandmother.

While Satsuki has struggled, she is now an energetic twenty-year-old graduate of a culinary school.  Satsuki is intent on fulfilling her dream to open her own cake shop to serve sweets.

Despite the coronavirus, she was able to participate in this year’s coming of age ceremony for 20 year-olds called seijinshiki (成人式).  Normally this milestone would be celebrated with parents, but Satsuki marked the day together with her grandmother and friends.  She is now looking forward to a bright future.

Much of the news about the aftermath of the Great East Japan Earthquake featured outside Japan focuses on the ongoing battle to clean up the nuclear power plant in Fukushima.  While there is no doubt that this dilemma, which may take more than 100 years to address, is worthy of discussion, it often overshadows the plight of the most vulnerable victims of 3-11.  Thanks to the extensive reporting by the Japanese media, the stories of some of the earthquake orphans grabbed the attention they deserve.