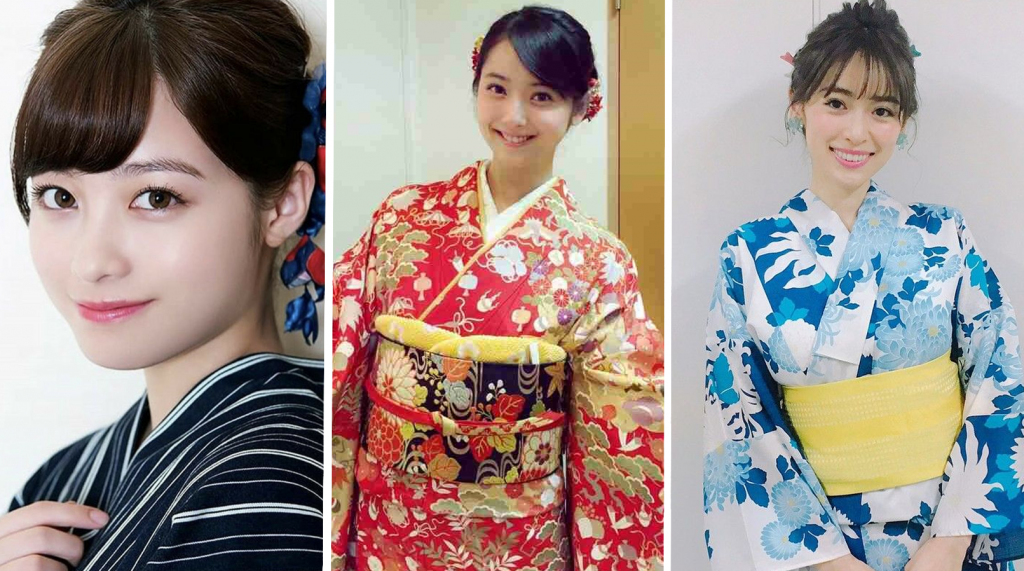 A brief look into the Japanese regions that have been historically considered to be the hometowns of beautiful women.

While notions of what, where, and who is considered beautiful is a subjective matter, three of Japan’s 47 prefectures have been historically considered the hometowns of the nations most beautiful women. Known in Japanese as Nihon-Sandai-Bijin, or the “Three Great Beauties of Japan”, can be loosely translated as Japan’s “Big Three” regions known for beautiful women. Though they say “beauty is in the eye of the beholder,” people in Japan have come to behold certain regions as having more beautiful women in comparison to other parts of Japan.

Without further adieu, the famous “Big Three” include Akita, in the north, Fukuoka, on the southern island of Kyushu, and Kyoto, in the central kansai region of Japan almost directly in between Akita and Fukuoka.  There are many theories as to why these three regions are home to so many beautiful women revolving around the environment, diet, and ancestral history.  Many celebrities including actresses, artists, and models come from the “Big Three” regions.

Akita has long been considered the number one region for beautiful women and is the most famous of the “Big Three” in terms of being the hometown of attractive women.  Akita prefecture is located in northern Japan known as the Tohoku region.  Akita has long been known for long and cruel winters, rice and sake.  Beautiful women from Akita are referred to as Akita Bijin, or “Akita Beauties”.

Women from Akita are praised for their smooth and pale skin.  Many suggest that this is due to the northern prefectures environment.  In particular, many argue that it is the northern regions’ shorter hours of daylight in comparison to other regions of Japan that helps women from Akita maintain their pale complexion and minimize sun damage.  In addition, the environment also is said to allow for more plentiful sleep as a result.

Next, Akita’s clean source of mountain water and its inhabitants’ balanced diets are said to be reasons why so many beautiful women are born there.  The Akita Bijin are said to have round, small, and clear skinned faces, all aspects that conform to Japanese standards of beauty.

Another theory that attempts to explain Akita Bijin’s beauty is based on the ancestral history of people in the northern Tohoku region.  Namely, some speculate that people in this region have somewhat of a mixed heritage or bloodline with caucasian people from ancient Russia who may have come to Japan’s northern region hundreds of thousands of years ago.  This theory states that it may be because of this that Akita Bijin have such pale skin.

Beautiful women from Fukuoka are known as Hakata Bijin.  Fukuoka was known as Hakata in the past as it is one of Japan’s oldests cities.  Now in modern Fukuoka, Hakata was once a merchant city that facilitated trade between Japan, Korea, and China.  Hakata station is now the city of Fukuoka’s central station.

Hakata Bijin are said to be beautiful as a result of the warm climate of Kyushu, diets rich in animal organs and fats that contain nutrients that are good for skincare, and the greater use of cosmetics.

This region is famous for motsu-nabe, a hot-pot dish consisting of lots of beef or pork innards.  It is said that the collagen rich innards, broth, and nutrients from the vegetables in the hot-pot dish contribute to having healthy skin.  Fukuoka is also famous for mentaiko or spicy cod roe.  Mentaiko gets its spicy flavor as the cod roe is first soaked in spices before it is ready to be consumed.

Like Akita, the Hakata Bijin are said to be beautiful due to their ancestral history as well, though it may not go as far back as the theories of the origins of Akita Bijin.  It is said that due to Fukuoka’s history of being a merchant port city that linked Japan to the rest of Asia, there was lots of mixing between people of various Asian backgrounds.  It is said that because of the increased amounts of mixed heritage people, Hakata Bijin have the beautiful features of various Asian nations.

Beautiful women from Kyoto are known as Kyo Bijin or kyo-beauties.  Kyo Bijin are praised for their beauty and their well mannered sophisticated orientation.  Kyoto was once Japan’s ancient capital and is home to many historic sites in Japan.  Known for its temples and narrow, stone alleyways in its historic districts, Kyoto is often seen as the cultural capital of Japan.

Kyoto is known as the home of Geisha, or women who have trained for years to be entertainers of traditional Japanese arts including song, dance, and music.  Characterized by their white make-up, elaborate kimonos, and traditional hairstyles.  While Geisha are performers, the city’s rich history, aesthetic temples, and culture personified by the geisha have given rise to associations of Kyoto and the concept of beauty. In fact, a survey pointed out that many Kyoto residents thought that the city’s culture had to do with the notion that Kyoto is home to many beautiful women.

Similarly to Akita Bijin, women of Kyoto are praised for the pale skin.  Some claim that it is the city’s narrow stone alleyways that have contributed to blocking sunlight from direct contact with its inhabitants, thus, preserving the skin from sun damage.  The Kyo Bijin are also said to be beautiful because of Kyoto’s clean water supply from the many rivers that run through and around the city.

While the “Big Three” have historically been considered as the regions with the most beautiful women in Japan, in recent years, Tokyo has also come to the attention of the Japanese people.  While Akita has almost always been ranked number one in terms of having beautiful women with Fukuoka often in second place or in some years first place, Tokyo has also started to pop up in third place on various surveys conducted nationwide.

In a recent survey published on Goo Ranking, a popular Japanese news site, from March 2021, men and women across all 47 prefectures in Japan ranked Akita as number one, Fukuoka as number two, and Tokyo as number three.  In another survey from 2018, published to Dime, another popular news site in Japan, the same trend seemed to be in operation.

While idea of the “Big Three” regions of Japan known for beautiful women is a fun topic to think about, it obviously is not intended to exclude or denounce other regions of Japan. Further, it is not something that is meant to objectify Japanese women. The concept of the “Big Three Beauties” has historically been around for many years in Japan like other “big three” rankings such as the “Big Three” Sake regions. While Nihon-Sandai-Bijin is interesting cultural topic to explore, it should not be something that is taken too seriously, or something that one should take as fact because after-all, “beauty lies in the eyes of the beholder” and said “beholder” could be located anywhere in Japan.