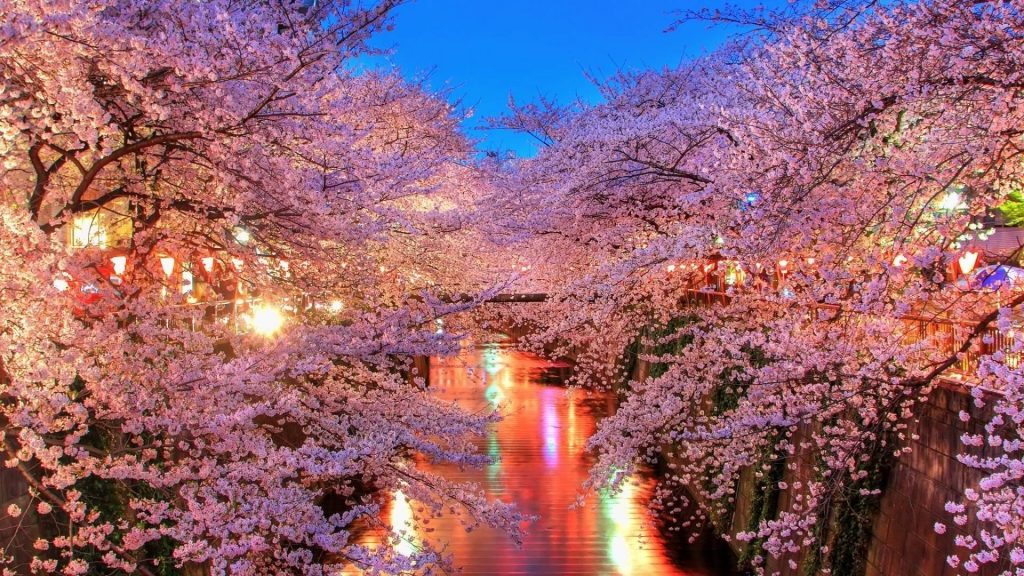 Seven Best Spots in Tokyo to See the Cherry Blossoms

For a nation tired of dealing with the ongoing pandemic, many are eagerly anticipating Japan’s famous cherry blossoms (sakura) this spring.

Every spring, Japanese people across the country eagerly look forward to the cherry blossom season. From ancient times the Japanese have celebrated the fleeting beauty of the blossoming cherry or sakura (桜) tree, which only lasts for about a week. Attending a cherry blossom viewing party is called hanami (花見), which literally means “to look at the flowers.” It has quintessentially been part of Japanese heritage since before recorded history.

When and where should you go to make certain that you do not miss out? Read further to find out. Although the coronavirus has complicated everyone’s plans to enjoy cherry blossom season, we will introduce seven of the best spots in Tokyo to see the cherry blossoms.

A Twitter user took this picture on February 1 and tweeted, “It’s amazing to see cherry blossoms in February down in Okinawa.”

Don’t worry!  For most of the rest of the country, the cherry trees are just beginning to bloom. We can safely conclude that, like every year in the past, the cherry trees will soon start to explode into a gorgeous and fragrant pink in southwestern Kyushu and along the Pacific Coast.

Forecast for the Rest of the Country

The warmth of the spring induces a slow-moving “wave” called the sakura kaika zensen (桜開花前線) of cherry blossoms that extends from the southwest, across the Pacific Coast of the main archipelago of Japan, through the interior, and, ultimately, on up into Hokkaido in the north.  The whole process takes approximately 6 weeks.

The national weather service anticipates that the cherry blossoms will be in full bloom in Tokyo by around March 23. Still, some experts have predicted that the season will begin even earlier—possibly as soon as March 15.  Depending upon the weather leading up to his event, the actual dates may vary.

While there are many suitable places to see cherry trees in full bloom, you cannot go wrong at the following three, perennially popular locations:

A short walk from Kichijoji Station, Inokashira Koen (井の頭公園) is an easily accessible large park with more than 500 cherry trees.

In prior years many of the trees have been illuminated at night which makes for some spectacular views.

You can reach Kichijoji Station by train by taking the JR Sobu Line, the JR Chuo Line, or the Keio-Inokashira Line.  There is also a bus service.  While there is parking on-site, it is rather limited.  Given the crowds at this time of year, it is probably best to take public transportation.

The tree-lined Meguro River runs right through one of Tokyo’s trendiest neighborhoods just a couple of blocks from Nakameguro Station.  While this spot is normally a quiet, relaxed place to take a stroll by the river, during peak cherry blossom viewing season the crowds can be a bit overwhelming.

There are roughly 800 cherry trees which line the banks of the Meguro River that has footpaths on both sides.  It is typically so crowded that hanami picnics are, generally, not allowed.  There are, however, numerous pop-up stands which feature snacks and drinks.

Nakameguro is the last stop on the Hibiya Subway.  It is also a short hop from Shibuya on the Tokyu Toyoko Line.

3. Imperial Castle (Mote around it)

Another great place to see the cherry trees in full bloom is along the banks of the outer mote of the Imperial Castle grounds in the middle of Tokyo.  The width of the mote provides extra perspective to see nature’s spectacle from afar.

The long branches of approximately 260 cherry trees stretch out over the water.  You can even view the cherry blossoms while jogging around the 5 km perimeter of the Imperial Castel grounds.

One of the best places to see these trees is along the banks of the Sakuradabori which is right outside Sakuradamon Subway Station on the Yurakucho Subway Line.

If you work in or near downtown Shinjuku it may be possible for you to get in some hanami during a quick power walk around Shinjuku Gyoen National (新宿御苑) during your lunch break. Anime fans will recall that this huge park was one of the locations that featured prominently in the 2016 hit movie Your Name (君の名は).

There are approximately 1,000 cherry trees in the park which dates from 1906.

If you can get to Shinjuku, Japan’s busiest train station, you can probably handle the 5-minute walk to the park entrance. This park is, however, only free for children under age 15. While the price is lower for seniors over age 65, older students and large groups, the regular entrance fee for adults is 500 JPY. You can purchase tickets in advance here via the Ministry of the Environment’s site in English.

This fancy shopping district features a total of 150 cherry trees which were planted along a line in the Midtown Garden and on the outer edge of Hinokicho Park. There are also a few next to Midtown East.

It is just a short walk from the Roppongi Subway Station.

Another great spot from which to see this year’s cherry blossoms is along the banks of the Sumida River (隅田川) on the east side of town. You can, in fact, enjoy the sakura from the comfort of a dinner cruise boat called a yakatabune. They frequently traverse the river during the course of what is typically a two to three hour meal.

While there are lots of cherry trees along the river, a particularly good area to visit is Sumida Koen Park (隅田公園) which is just across the river from Asakusa.

Traditionally perhaps the most popular place for hanami has been Ueno Park (上野公園), also on the east side of Tokyo. With more than 1,000 cherry trees, it is easy to see why this large public park normally draws huge crowds each spring.

Prior to the pandemic the most highly coveted locations for hanami picnics were reserved by squatters days in advance. Like during last year’s restrictions related to the coronavirus, this year it seems as though the throngs of cherry blossom enthusiasts will simply have to keep moving at all times.

Ueno Park is just up the hill from Ueno Station.

Although nothing can be done to prevent the cherry trees from blooming, on March 5, the Tokyo Metropolitan Government requested that people avoid gathering in city parks and voluntarily refrain from hanami parties due to concerns that such picnics could become super-spreader events.  The official proclamation is as follows:

In order to prevent the infection of the new coronavirus infection (COVID-19), picnics are prohibited during the cherry blossom viewing period in all municipal parks.  Access will, in addition, be restricted at the largest parks including Ueno Park, Inokashira Park, and Yoyogi Park.  Access to other metropolitan parks may be restricted depending on usage conditions.  If you enjoy the cherry blossoms while strolling the grounds, please take measures to prevent infection, such as wearing a mask and avoiding congested areas.  We apologize for the inconvenience.  Thank you for your understanding and cooperation.

Although it seems as though most people anticipated that the Tokyo Metropolitan Government would reach such a conclusion again this year, there is really longing to enjoy this season outdoors.

A Twitter user recently summed up the sentiment by tweeting, “Good morning.  It seems that the weather will be variable again this week.  Although the official cherry blossom forecast has been announced, we have been asked again this year to exercise self-restraint and avoid hanami picnics…but I want to see nature with a refreshing feeling–with cherry blossoms and autumn leaves.”

Thus, once again this year it may be best to plan to view the cherry blossoms simply while taking a walk and trying to social distance to the greatest extent possible.  Stay safe!

A brief look into the Japanese regions that have been historically considered to be the hometowns of beautiful women.
April 8, 2021

Comedy duo Sandwichman voted as number one most beloved TV personalities for the third year in a row.
April 2, 2021