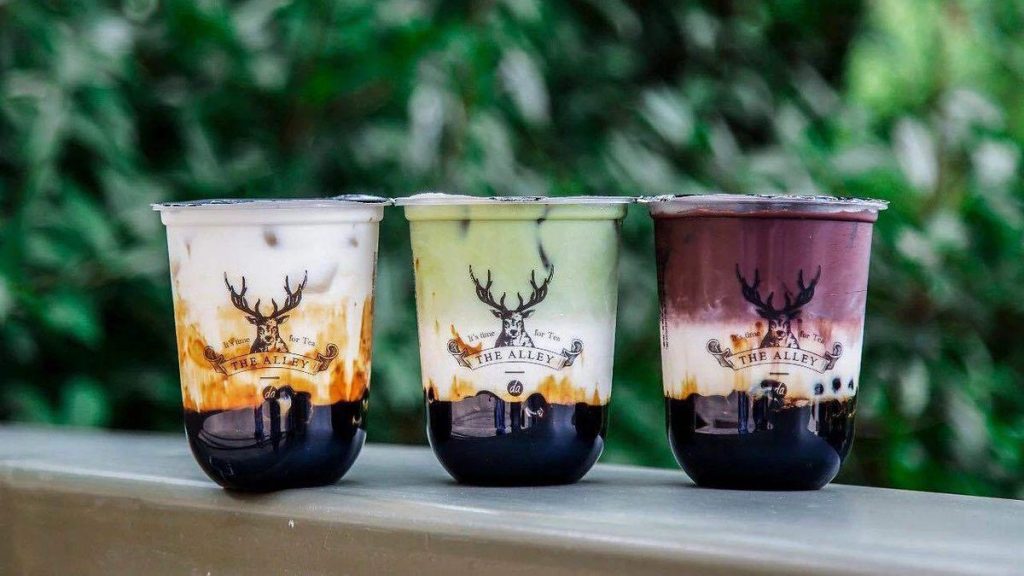 Tapioca Milk Tea (aka Bubble Tea or Boba) is the trendiest Drink amongst Japanese youth today. You find long lines in front of every Tapioca shop in Tokyo.

“Tapioca Milk Tea” (aka Bubble Tea or Boba) is the trendiest Drink this year amongst Japanese youth. It is to beverages what “Weathering with You” is to Animes in 2019. Explosively popular among the Gen Z, you can find long lines in front of every famous Tapioca Milk shop in Tokyo.

When a popular Taiwanese Bubble Tea brand “The Alley” opened its first store in Nagoya in May 2019, people waited for five to six hours in a queue to get milk teas. People in Japan are known for their patience and used to waiting in lines, but this is a whole new extreme.

Instagram News Feeds are swamped with its resplendent pictures and unique hashtags (note: These hashtags seem as random to a non-Gen Z native Japanese speaker such as myself as it does to most…)

1. What is Tapioca Milk Tea?

What’s being sold as “Tapioca Milk Tea” in Japan is the same as “Bubble Tea,” “Boba” or “Pearl Milk Tea” that is highly popular outside Japan, claimed to have been invented by Taiwanese entrepreneurs. Tapioca is a gluten-free starch extracted from the root of a cassava plant. The Tapioca Milk Tea is made from a tea base mixed with milk and flavoring, in addition to the Tapioca chewy black pearls at the bottom of the Drink. Japanese people simply call those black pearls “Tapioca” and the whole drink “Tapioca Milk Tea.”

This is not the first time that Tapioca Milk Tea became popular in Japan. Tapioca Milk Tea first landed in Japan in 2013, when a Taiwanese brand “Chun Sui Tang” opened its first store in Tokyo. (There was a Tapioca Milk Tea even in 80-90s, but it looked completely different to the one that’s popular today.) While Chun Sui Tang rightfully brands itself as an Inventor of Bubble Tea, today’s Tapioca craze in Japan is primarily attributed to the arrival of the aforementioned “The Alley” in 2017. Since then, there are other major brands from Taiwan coming into Japan.

There are several reasons why it has become so popular. Here are some of them.

Unique taste and texture: People in Japan, especially Gen Z, has been looking alternatives to the familiar-looking drinks offered at Starbucks and the likes. The sensation of chewing the Tapioca pearls while drinking sugar milk tea can be highly addictive.

Photogenic properties: The drinks must look unique when people post pictures on Social media. Tapioca Milk’s multiple colors, layered toppings, large boba pearls, and other add-ins that are easily visible in plastic cups have quickly become a viral visual phenomenon on Instagram and other Social Networks.

Tea boom (Japanese tea, English tea, and other kinds): After years of dominance by foreign coffee brands, Tea drinking culture and brands has been making a resurgence in traditional tea markets in Japan. In fact, the young generation is starting to prefer Tea over Coffee.

Like any other sugary treat, Tapioca Milk Tea is loaded with high calories and carbs, and it is suggested that you enjoy it in moderation. There was a German study in 2012 which implied that boba pearls may contain carcinogenic chemicals – but it seems that the claim was ungrounded.

5. How long will the Tapioca boom last?

Tapioca drinks contain a lot of big Tapioca pearls. In fact, it’s challenging to finish a whole drink, even for adults (unless you’re determined to skip a meal!). A lot of teenagers have been purchasing them just to share pictures on Instagram and Twitter, knowing that they can’t finish their drink. At the end of the day, many, if not all, end up littering plastic cups with Tapioca pearls inside around the stores. And these food wastes attract rats and other vermin.

So, unfortunately, some people in Japan have a negative image associated with Tapioca drinks. Although I would say it’s an issue with people’s behaviors and not the drinks per se. Nevertheless, this garbage issue around Tapioca seems to be the most pressing challenge to whether Tapioca can be a part of the long term Japanese food culture.

Here are the three most classic Tapioca Milk Tea stores in Japan:

One of the most successful Tapioca Milk Tea brands from Taiwan. It has close to 30 stores across Japan today (as of September 2019).

A global brand in Taiwan since 1983 and the inventor of the Tapioca Milk Tea. Chun Sui Tang first came to Japan in 2013.