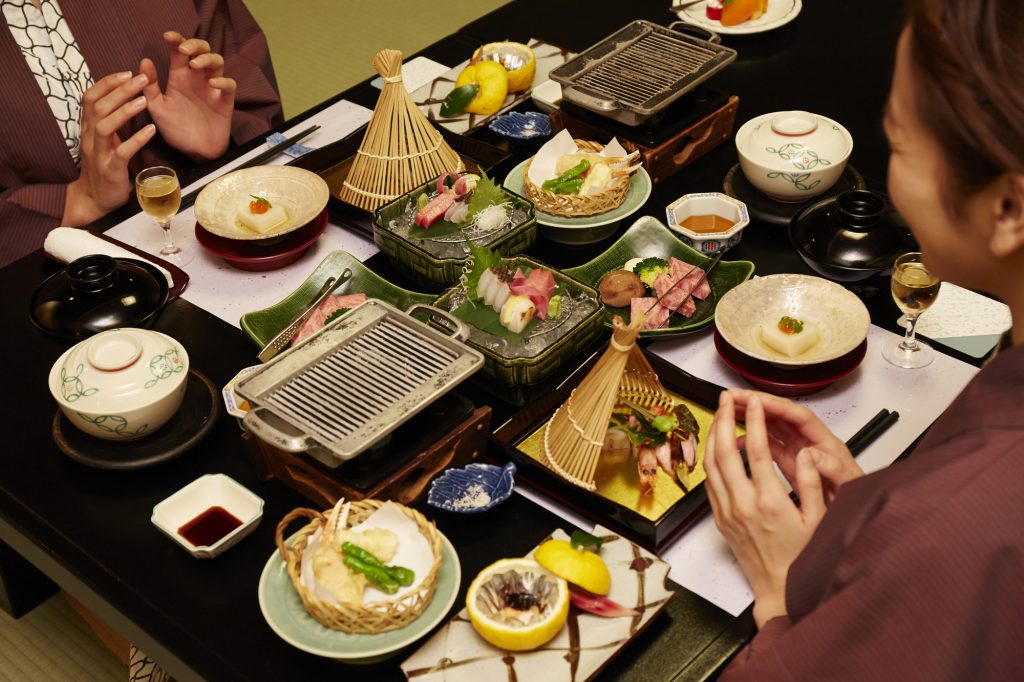 Too Much Food in Japanese Ryokans?

A tweet complaining that a ryokan he stayed served way too much food has been hugely controversial in Japan.

Japanese Ryokans are traditional hotels where guests can often enjoy tatami mats in their rooms, beautiful views of nature, and endless courses of food?

One Twitter user has pointed out one potential flaw of ryokans after a recent stay. The user ‘k_yorikane’ described his issues as follows:

“There was a huge failure after I stayed at a sort of fancy hotel during the GoTo campaign. The food that came out is too much, and it’s impossible to eat it all. Because seniors are their main target, it is basically a waste of food. The taste wasn’t bad, but as an experience [it left more to be desired]…”

This user received some criticism for his choice of words. One Twitter user was a fellow ryokan owner who explained his anger towards the lack of understanding by stating, “Due to the GoTo campaign, the entering of customers has been chaotic. Even though it’s not much, we put those amounts out to make guests feel welcome…”

While his wording left some upset, the user, ‘k_yorikane,’ was not alone in his opinion. Ryokans often serve sometimes seemingly endless amounts of courses in one sitting. Few people can say they have left every plate clean. Many replies to his original post shared similar experiences of large amounts of food that surely go to waste afterward.