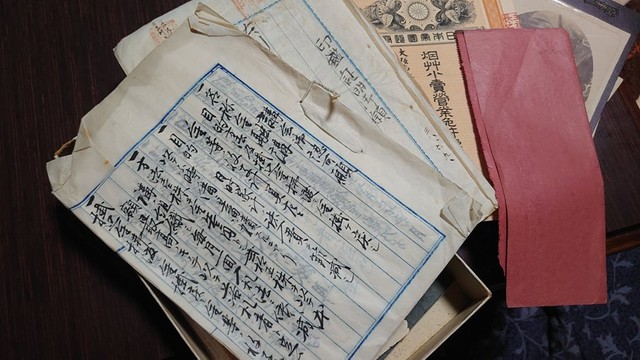 Vaccine Passports Are Nothing New in Japan

Although Japan’s central government has repeatedly denied the possibility of requiring vaccine passports for Covid-19 within the country due to the potential for discrimination, lately local business federations have been lobbying for the adoption of some sort of a vaccine certificate that would provide domestic consumers with opportunities for discounted products and services.

It turns out that this idea is, in fact, nothing new in Japan.

Although previously lost to the annals of history, the Twittersphere has shed new light on actual vaccine certificates from 140 years ago.  They provide an additional perspective on the ongoing debate about such documentation.

An antique art enthusiast named Mansendo recently shared via Twitter a certificate of vaccination to prevent smallpox.  The document was found in his grandparents’ house in Osaka.  It is, essentially, a “vaccine passport” that was issued in 1884, the 16th year of the Meiji emperor’s reign.  The person who gave the vaccination is also a member of Mansendo’s family.

Mansendo’s tweet is causing quite a stir in Japan and has received almost 40,000 likes at this point.

History of Vaccinations in Japan

After an English doctor named Edward Jenner first applied cowpox vaccination to treat smallpox in 1796, his pioneering method first made its way into Japan via Nagasaki in 1849 by Dr. Soken Narabayashi, who was the chief doctor of Nabeshima-Han (present-day Saga Prefecture).

Dr. Narabayashi’s procedure, which proved particularly effective against this terrible disease, caught on quickly.  In 1876 the new Meiji era government stipulated that all Japanese people should be vaccinated against smallpox.  This direction was mandated by law in 1910.

Thus, Mansendo’s family records are an early example of how proof of vaccination was officially documented.

Fear of Being Turned into a Cow

While it seems likely that Mansendo’s ancestors enthusiastically supported the smallpox vaccination campaign, not everyone in Meiji era Japan was so zealous to be inoculated.  Mansendo explained,

“Many people were reluctant to be inoculated because of prejudice against the cowpox method, which involves putting cow pus into the body, and the widespread superstition that people would turn into cows if they were inoculated.

This reaction was captured by the famous Japanese manga artist Osamu Tezuka in his masterpiece The Tree of Sunshine (陽だまりの樹).  It depicts Dutch doctors at the end of the Tokugawa Shogunate who worked hard to spread the use of the cowpox vaccine and to open a vaccination center.  They were up against a significant degree of skepticism among the general population.

After thousands of years of hardship, smallpox was declared eradicated by the World Health Organization (WHO) in 1980.

The smallpox vaccine still exists, but it is no longer given to ordinary citizens.  That is because there are no longer any carriers of the disease.

Smallpox vaccination stopped in the U.S. in 1972.  Japan followed in 1976.  The only people who might still get the shot are researchers in labs who work with smallpox (or similar viruses) and some members of the military.

While the smallpox vaccine proved effective, Japan has had a complicated relationship with other vaccines during the past several decades.

Although the combined vaccine for measles, mumps, and rubella (MMR) is routinely administered to children around the world, since 2012 Japan stopped using it.

Less than 5 years after the MMR vaccine was introduced in Japan in 1989, due to the unexpectedly high incidence of aseptic meningitis caused by mumps vaccine components, it was banned in 1993. The Ministry of Health, Labor & Welfare (MHLW) reconsidered using the MMR vaccine in 1999, but the consensus at the time was to continue to enforce the ban while advocating the use of separate vaccines for measles, mumps, and rubella.

Other vaccines have also gotten a bad rep in the country.

MHLW suspended their recommendation for the HPV vaccine, which helps to ward off genital warts and cervical cancer, in June 2013.  This highly controversial decision was made after reports of alleged adverse reactions surfaced in the media, despite widespread support for this vaccine in the medical community.

These are just two examples of other vaccines which are at the heart of an ongoing debate in Japan about whether the state should mandate their use.  It is against this backdrop that the central government continues to grapple with a decision about whether to make the Covid-19 vaccine mandatory and issue vaccine passports.

Likelihood of Adoption of Vaccine Passports for Covid-19

With the country still effectively closed to non-residents, the potential for vaccine passports is a hot topic both in and outside Japan.

Although use is still limited to aiding travelers from Japan to a limited number of foreign countries, at present both Japanese citizens and official residents of the country can obtain a paper certificate issued by their local government office at no cost.

It is pretty “plain vanilla,” and MHLW avoids calling this documentation a “vaccine passport.”  They explicitly specify that it is NOT for “those who intend to use the certificate for purposes other than overseas travel or entry into Japan.

At present Japan does NOT recognize similar documentation issued in other countries.  Border control measures are very clear, but they still require proof of a negative PCR test prior to boarding any flight to Japan, regardless of whether the traveler has already received the vaccine for Covid-19.

As has been the case since the outbreak of the global pandemic, the rules and regulations concerning Covid-19 vaccination have remained fluid.  The situation could change at any point, but the Japanese government continues to take a conservative stance toward mandatory vaccinations–let alone the controversial subject of vaccine passports.  That said, it is interesting to learn that there is a historical precedent for such documentation that dates from the Meiji Era.  Thus, when the Japanese government is ready to implement some sort of vaccination passport, there will be no need “to reinvent the wheel.”  They simply need to dust off the old records from 140 years ago!

Finding cheap rent in Tokyo can be a nightmare. Check out the Top 10 areas with the cheapest rent within 30 minutes…
November 11, 2021

“Corona Bullying” in Japan Afflicts Both Children and Adults

As vaccination rates catch up to the rest of the G7, Japan continues to struggle with another unwanted side effect of the…
November 1, 2021