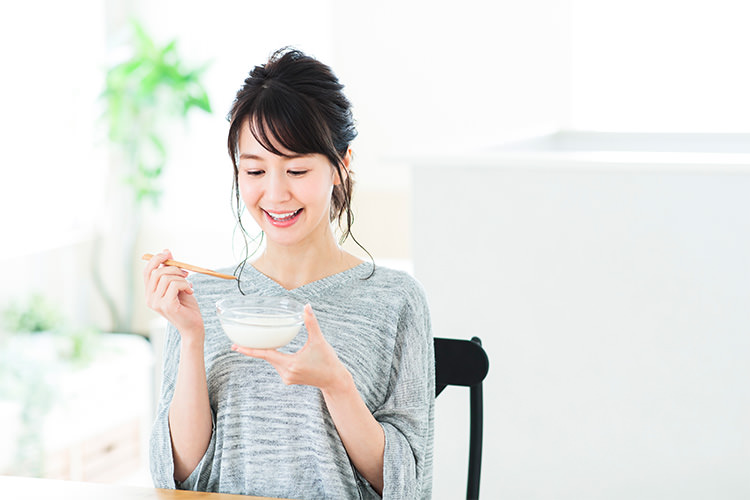 The microorganism that produces the sour taste in yogurt is all the rage in Japan, and fear of Covid-19 has propelled sales of probiotics into overdrive.

In Japan, a country famous for heavy reliance on antibiotics, bacteria is considered bad, right? Well, not necessarily. Since the 19th century, the Japanese have recognized that living microorganisms called probiotics, such as bacteria and yeasts, can be good for your digestion. The benefits of fermented foods have, in fact, been known for millennia as an effective means to keep your gut healthy. Japanese consumers are, therefore, highly aware of the benefits of probiotics. Advertising for products made from lactic acid bacilli, which is called nyusankin in Japanese (乳酸菌), is everywhere in Japan.

What Are Lactic Acid Bacilli?

Japanese people have been obsessed with probiotics, including lactic acid bacilli, for decades, but fear of Covid-19 has propelled sales of food products that include this particular, well-known ingredient into overdrive.

It All Started in Bulgaria

Casual exposure to television in Japan will often cause visitors to conclude falsely that the Japanese word for yogurt must be “Bulgaria.”  This is due to widespread print and electronic advertising for Meiji’s “Bulgaria” yogurt (ブルガリア), the long-selling brand which is the undisputed market leader in the country. The Japanese word for yogurt is, by the way, yoguruto (ヨーグルト), just in case you were wondering.

It turns out that it is no coincidence that Japan’s top-selling brand of yogurt is named after that small European country in the Balkans.

Dr. Ilya Ilyich Mechnikov, a Russian zoologist and researcher at the Pasteur Institute, was the first to investigate the relationship between the body and lactic acid bacilli. His research led him to Bulgaria in the late 19th century. This was because, at the time, Bulgarians were famous for their relatively long life expectancy.

Dr. Mechnikov found a connection between longevity and the high rate of consumption of yogurt among people in Bulgaria. Upon further investigation, he documented how lactic acid bacilli contained in yogurt reduced the number of bad bacteria in the stomachs of Bulgarians. This knowledge eventually made its way to Japan.

…(These probiotics play) a significant role in a variety of fermentation processes. They ferment food carbohydrates and produce lactic acid as the main product of fermentation. In addition, degradation of proteins and lipids and production of various alcohols, aldehydes, acids, esters and sulphur compounds contribute to the specific flavor development in different fermented food products.

In addition to yogurt, you can find lactic acid bacilli in cheese, kimchi, fermented pickles called tsukemono, and Japanese sake.

Some of the health benefits of lactic acid bacilli include improved digestion, cholesterol reduction, enhanced immunity, lower blood pressure, and the prevention of aging.

When bacteria or viruses invade the body, immune cells recognize them as foreign substances and attack them to keep the body in good condition.  Some lactic acid bacilli have the ability to activate the body’s immune system and reduce the risk of catching a cold.

Enhanced Perceived Value in the Age of Covid-19

As the coronavirus has made people worldwide hypersensitive to any substance which may assist the body’s natural ability to ward off threats to our immune system, advertisers are “milking” lactic acid bacilli for all that it’s worth.

Probiotics (lactic acid bacilli, bifidobacteria, etc.) are often advertised as being effective against new coronavirus infections (COVID-19), influenza, and other viral respiratory diseases. To date, no such effects have, however, been confirmed.

The market for probiotics like products made with lactic acid bacilli is huge in Japan.  By 2024 this market will reach US $11.2 billion. The market is growing at a compound annual growth rate (CAGR) of 8.6% between 2019 and 2014.  Some of the favorites include the following.

Yes, its somewhat sour taste, and the odd brand name conjures up unflattering images for many Westerners. Pre-hydrated Calpis Soda has, nonetheless, remained a best-seller in its home market since its launch in 1973.

Calpis has been sold in powder form to be mixed with water since 1919. It really caught on, though, with the pre-hydrated packaging. It actually dates from a trip that Japanese entrepreneur Kaiun Mishima took to Inner Mongolia in 1908. He brought back Mongolian sour milk, which seemed to aid in digestion. The rest is history.

Today there is a dedicated “Calpis Research Institute” where scientists have proved in experiments that Calpis is effective for lowering blood pressure and, ultimately, prolonging the life of rodents. Their work has implied that humans can enjoy similar benefits.

Japan’s First Brand of Yogurt with Functional Claims for Immunity

On September 9, Kirin, the beer brewery, announced the coming availability of a new generation of yogurt. It will be the first version that has “functional claims for immunity.” However, their Japanese press release was careful to point out that this product has not been “approved” by the Japanese government.  Clear as mud, right?

In any case, this new type of yogurt is produced with proprietary “plasma lactic acid bacilli.”  It will be marketed under the brand Koiwai iMuse.  Kirin will start selling 6 different packaging put-ups from September 28 in Japan.

Koiwai iMuse brand yogurt contains a type of lactic acid bacilli, which work on plasmacytoid dendritic cells (pDC), which are known as the “command tower of immunity.”  They direct the body’s natural defense system against external invaders.

The advertising on the package boldly proclaims,

It takes, apparently, approximately two weeks of routine ingestion of “plasma lactic acid bacilli” to activate pDC.  That certainly sounds like an effective method for selling a lot of yogurts!  To appeal to the skeptical, the launch announcement includes two independent research papers to support these claims.

From October 12, Kirin will also launch new versions of green and milk teas that include “plasma lactic acid bacilli.”  They are kicking off the launch by giving away 10,000 bottles to those who sign up on Twitter to follow the company and retweet the announcement which features the hashtag #おいしい免疫ケア, which means “tasty immunity care.”

Enthusiasm for Lactic Acid Bacilli in the Twittersphere

Japanese consumers are thoroughly convinced of the benefits of lactic acid bacilli.

Shinpro Nozawa seems convinced of the benefits of routinely drinking R-1, a popular yogurt brand from Meiji.  He asked the rhetorical question,

I have been drinking Meiji Probio R-1 Yogurt for about 3 years. I’m thinking of taking a break when I get the flu. I have, though, never even caught a cold during this period. My mother and sister do not drink ‘R-1.’ They have nothing but their own immune systems to fall back on, even if they catch a cold. Is ‘R-1’working, or am I stupid?

Gym Trainer Miyuki seems to rely upon lactic acid bacilli to replenish her energy before workouts.  She tweeted,

I ate too much yesterday. I will do muscle training tonight, as well. First of all, energy supply!

Taking a big-picture viewpoint, Tubutubu reminded everyone to “go back to the basics” and not be swept up with all of the recent hype about yogurt,

In Japan there is an abundance of lacto-fermented foods such as takuan pickles.  Until a few decades ago there were piles of pickles on the dinner table.  By simply pickling vegetables in seasonings such as plum vinegar and miso, you can easily make safe and secure tsukemono at home without using additives.

Japanese doctors are likely to continue to be quick to prescribe antibiotics. Japanese consumers are equally likely to continue to demand processed food made with probiotics such as lactic acid bacilli.  The global pandemic has heightened everyone’s interest in boosting the body’s natural immune system. While the Japanese may be slightly ahead of the curve, we will likely all be hearing a lot more about so-called superfoods that incorporate lactic acid bacilli.  Eat up!