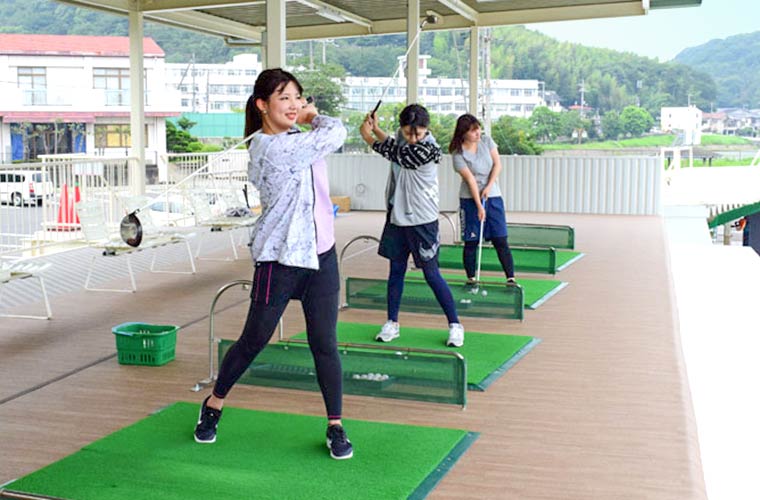 Why More Young People in Japan are Starting to Play Golf

More young people have started to play golf in Japan. Now people in their 20’s and 30’s outnumber those in their 50’s and 60’s. See why!

Fore! According to Golf Today Magazine, Golf, from green golf courses to driving ranges, has grown into an internationally popular sport with roughly 60 million players worldwide,

While you likely have heard of famous players like Tiger Woods and Arnold Palmer (yes, he was a real golfer, not just the iced tea), you may still have the image in your head that golf is an older gentleman’s game. If you do have this idea in your head, you aren’t wrong. The median age of a golfer in the United States is 54 years old, and participation rates tend to peak when players are over the age of 65.

Of course, this isn’t a bad thing at all, as playing golf is a great way to get outdoors and stay in shape. Further, golf has long been looked at as something that older men do. But in places like Japan, this is changing. Some driving ranges report that now the majority of their customers are in their 20’s and 30’s compared to what it used to be, people in their 50’s and 60’s.

More and more younger people, both men and women, are starting to play golf in recent years. The unofficial slogan and abbreviation “gentleman only, ladies forbidden” is starting to lose its validity.

Golf gaining popularity among the younger generations and with women in Japan can be linked to how golf is played and enjoyed and the abundance of internationally renowned male and female professional golfers from Japan, many of whom are young.

To understand what is meant by how golf is played and enjoyed in Japan, we must first consider what it means to play golf in Japan.

Ever since the opening of Japan’s first golf course in 1903, golf steadily but slowly grew in popularity in Japan. As golf was largely a wealthy man’s game back then, it wasn’t until the 1980s, Japan’s bubble economy era, that golf really became popular.

During the ’80s, many golf courses were built, and golf started to become an activity associated with the business. On top of golf courses, Japan built many driving ranges for those who lived in the city, who naturally found it difficult to make it out to a golf course each weekend.

At driving ranges which are usually open very late, some for 24 hours a day, one can practice their swing and hit balls whenever they want, and they don’t need to go too far as these can be found across almost any Japanese city.

Redesigning How Golf is Enjoyed

Still, driving ranges maintained the stereotype of being full of older guys hitting golf balls in silence. While the way people play golf in Japan was altered by the abundance of driving ranges, they needed to change to appeal to younger generations. Many driving ranges in Japan have started to redesign themselves to be more a place for “entertainment” rather than a place for practicing golf.

One driving range in Ibaraki prefecture redesigned its entire facility to increase its popularity among younger customers and has seen immediate success. Royal Green Mito remodeled their facility based on the concept of Top Golf, an American chain of driving range facilities that have attached restaurants, bars, and other forms of entertainment, making it more than a place to simply practice golf.

Now at Royal Green Mito, customers can now hit balls as they would at a traditional driving range on the first floor or go upstairs to where they can utilize family or group-friendly driving lanes that come with lounge-style couch seating while having drinks and some food. They also have lessons and golf-based games like driving contests, simulated golf machines, and other golf-based competitions.

Further, people can play darts and billiards in the games room, eat at their cafe, or sip on free drinks that come with the private party rooms. Royal Green Mito states that they now see more families coming during the day, while younger people come to hang out at night.

Another key factor that they picked up on to appeal to younger generations was social media. They designed their facilities with the specific goal of “creating a place that would make you want to take pictures.” Royal Green Mito didn’t stop there as they even made sure to include air fresheners in rooms and hallways to be more popular with female customers.

Apart from driving ranges being quite prevalent, naturally, Japan’s professional golfers play a role in making the sport more popular. Recently, many of the notable professionals from Japan are young. For example, 29-year-old Hideki Matsuyama won the 2021 Masters Tournament, becoming the first-ever Japanese winner.

Other notable names of male golfers include Ryo Ishikawa, who is also 29. Recent notable female golfers include the 2019 British Open winner, 22-year-old Hinako Shibuno, and 27-year-old Ai Suzuki, who has won the LPGA of Japan tour 17 times. These young players act as the links between Japanese youth and golf, spurring interest in golf for many children.

When was the last time you played golf? It’s actually a really good way to get outside while still being able to socially distance. If you go to a driving range, or if you’re in the United States and go to Top Golf, you may notice a generally younger customer base from now on.

Golf is no longer an older gentleman’s game, as the way we play golf is beginning to change. At the driving range, at least, it’s becoming a lot more casual, and potentially less about golf and more about just hanging out and having some fun.

Of course, the golf course will still be the place of choice for those who want to play real golf. Either way, we are likely to see another “golf boom” as more and more young people pick up golf as a sport or hobby here on out because of driving ranges that grow ever more popular.