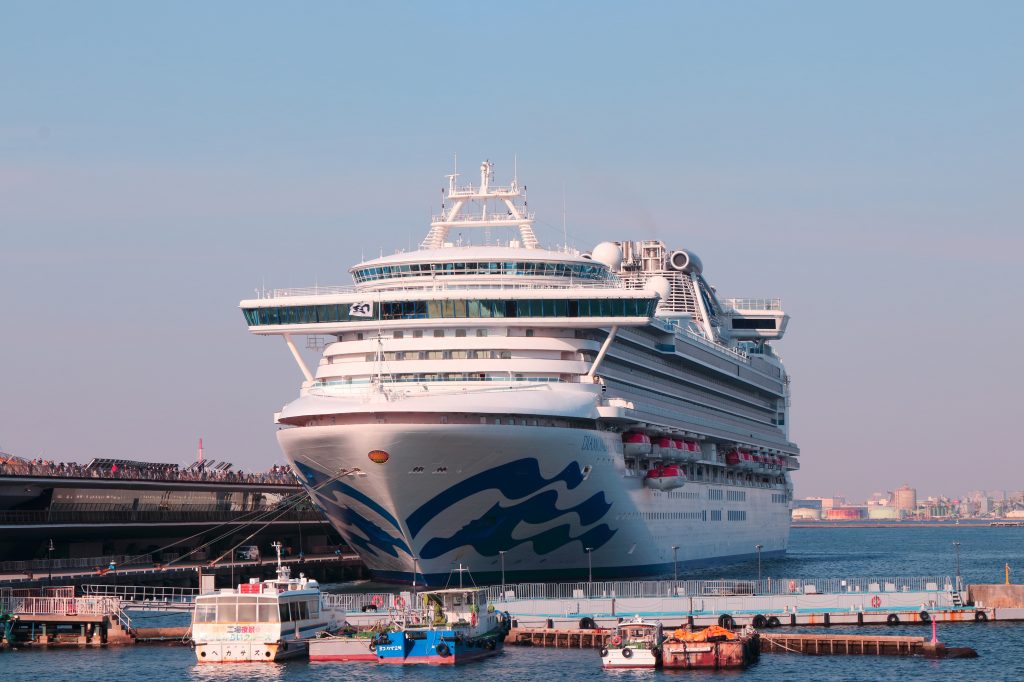 COVID-19 In Japan: The Current Situation

The Novel Coronavirus (or COVID-19) is an inescapable topic at the moment which is dominating headlines across the globe.

The Novel Coronavirus (or COVID-19) is an inescapable topic at the moment which is dominating headlines across the globe. The virus that has infected thousands of people in almost every country is causing wide-spread panic and has now been declared a pandemic by many nations’ governments.

The outbreak began in December 2019 in Wuhan, China but it was quick to spread to other neighboring Asian countries. Soon after the first news of the virus broke, Japan had quickly found it’s way into the headlines as the ‘Diamond Princess’ cruise ship, which frequently docked in Yokohama, had been quarantined in the port and within two weeks, there were 696 confirmed cases of the virus on-board.

This news was quickly followed by the panic buying of sanitary products such as face masks, hand sanitizer and oddly enough, toilet paper. For weeks now most of my local stores have been sold out but it appears that many of the larger supermarkets and drug stores have been able to bring their levels back in-line with the demand.

While a little unnecessary, the precautious nature of Japanese people seems to be doing a good job of stemming the flow of the virus though. At the time of writing, according to information provided by worldometers.info, Japan is now ranked 17th place in the world for the total amount of cases. This is a considerable drop from 2nd place which the country was in just a few weeks ago. The total amount of confirmed cases now sits at 839 which includes the 696 from the Diamond Princess.

One of the first big counter-measures that the government called into action was the advised closure of every Elementary & High School in the country. With this sudden news causing upheaval to the already difficult schedules of many working parents, in turn, this is affecting businesses as people scramble to figure exactly how to cope with the situation when they have children to care for and a job to maintain.

How is it affecting tourists?

It’s not just schools that have closed their doors though. To stem the spread of the virus via human contact, many large attractions and events have been temporarily shut down, canceled or postponed for at least the next few weeks. This included wildly popular tourist attractions such as Tokyo Disneyland, the Ghibli Museum and the Tokyo Sky Tree as well as many others.

While most local transportation systems are operating as normal, just a few days ago, The Central Japan Railway Company announced that between March 19th-31st, the number of services on the Tokaido-Sanyo Shinkansen line will be reduced by 192. After April 1st, the situation will be reviewed again and may drop even further. This isn’t overall bad news though, as the obvious decline in tourists and travelers means that the often busy Spring period is not as jubilant as usual. The Tokaido-Sanyo Shinkansen line connects Tokyo and Osaka, stopping off at large cities like Kyoto and Nagoya along the way. If you’re planning to use this route then be sure to allow a little more time in your schedule for potential delays and be sure to check the operator’s website for updates on the service’s status.

So with a lot of events and attractions closed down, what can you do? Well fast approaching in the next couple of weeks will be the start of the sakura (cherry blossom) season in Japan. This is one of the biggest events on the Japanese calendar and is a nationwide affair.

If you want to check out the blossom dates for your travel destination then you can take a look at the last updates from the Sakura Forecast. I feel that one of the best ways to avoid the risk of the virus (other than staying at home) would be to head out to the countryside and get away from the heaving crowds of the big cities.

On March 15th 2020, Japan’s Ministry of Health published a breakdown* of confirmed cases by prefecture. You can see a translation of the report below.

*Some of the numbers in this report are different from other sources due to the date of publication.

As an additional note on some of the statistics mentioned in this article, numbers given for confirmed cases of the virus in Japan seem to vary slightly from source to source. There has also been some fierce debate online as the government faces criticism for not conducting enough tests in comparison to neighboring countries such as South Korea.

Currently, the situation is ongoing and is likely to remain the same at least until the end of April. For the most accurate health and travel advice, make sure that you check your government’s website to stay up to date with the developing story.

How to stay safe

From what we know so far, it’s possible for the virus to be transmitted via the air or contamination of surfaces. It was also recently reported that COVID-19 may be able to survive up to 3 days on plastic or metal surfaces that are not cleaned. The most effective way to combat this is to wash your hands as frequently as possible when out in public and touching things like handrails when riding on the train or pressing elevator buttons. Try to make it a habit that you wash your hands every time you either return to your hotel, sit down to eat food or have been in large crowds of people. If you need to sneeze then make sure you do so into a tissue or at the very least, the crease of your arm.