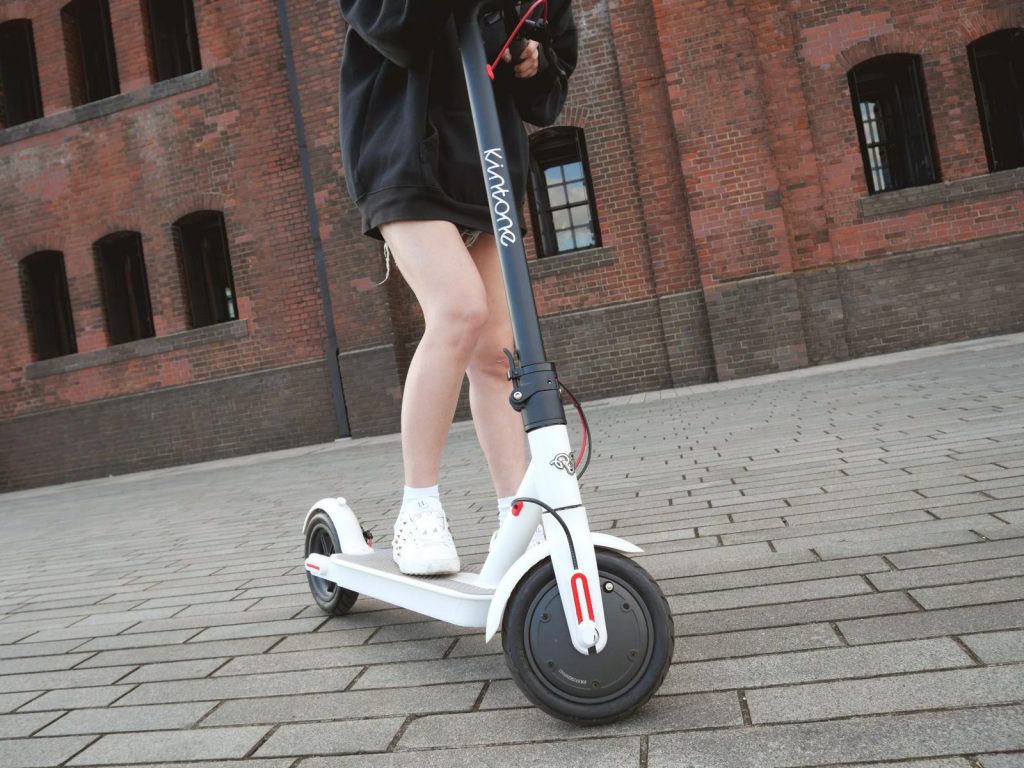 Recent Changes to the Rules of the Road for e-Scooters

Called dendo kikkubodo (電動キックボード) in Japanese, a term that literally means “electric kickboard,” e-scooters are finally starting to catch on in Japan, but their use has been curtailed for more than 5 years by fairly restrictive driving rules. However, that’s finally about to change.

First, for background please check out “Rental Services for E-Scooters Begin in Japan,” which was published by Japan Insider about one year ago.  Given the new rules of the road, it’s highly likely that soon you are about see a lot more e-scooters zipping through Japan’s back alleys and even on sidewalks.

The revised Road Traffic Law, which sets new rules for e-scooters with a maximum speed of 20 km/h (approximately 12.4 mph) or less in terms of performance, was passed and enacted by the House of Representatives on April 19.  Operation will no longer require a driver’s license, and the electric board provisions will come into effect within two years.

Did you catch that last line?  The changes are not immediate, as the revised laws will be phased in during the next two years.

E-Scooters weighing less than 20 kilograms are newly classified as “specified small motorized bicycles.”  In principle, it is now possible to ride e-scooters on roadways and bicycle lanes.  It is also now okay to ride them on sidewalks, if the maximum speed is controlled at 6 km/h or less (approximately 3.7 mph), which is pretty slow.

E-scooters are, however, subject to the traffic infraction notification system (blue tickets) and abandonment fines.

The installation of license plates and the purchase of liability insurance are still required.

Although strongly encouraged, it will no longer be necessary to wear a helmets while riding an e-scooter.  User are, however, expected to make a “mandatory effort,” or doryoku gimu (努力義務) in Japanese, to find ways to wear a helmet. Okay…

What about Faster E-Scooters?

Ah, but there’s a catch. E-scooters with a maximum speed of over 20 km/h can still be used, but riders of those vehicles will continue to be required to have a driver’s license and wear a helmet under the same rules as mopeds.

Prohibited for Those under Age 16

Sorry kids, no e-scooters for you! The revised Road Traffic Law also stipulates that “motorized boards” (e-scooters) will be prohibited to be driven by persons under 16 years old.  New penalties have, moreover, been established for driving under the age of 16.

Luup, an e-scooter rental company, announced its intention to develop vehicles and services in accordance with the new rules following the passage of the bill and the establishment of rules for e-scooters. So far, the company has conducted demonstration tests focusing on safety, but in the future, it will also place emphasis on solving local issues and strengthen its area expansion to local cities and tourist attractions.

In addition to offering rentals, the company is also considering entering the business of selling electric kickboards that meet the new safety standards. Until the new rules are in place, the company will step up educational activities to raise awareness of the rules.

Check out Japan Insider’s own Yasu and Julian as they rent an e-scooter and take a ride through Shibuya.

With a rental e-scooter, there is no need to return your e-scooter to the same place where you rented it, as there are plenty of other rental stations or “ports” around town.  This practice is called norisute (乗り捨て) in Japanese.

While the relaxed rules of the road are, generally, welcome, there are still concerns about how to maintain safe driving habits and how to handle compensation to a victim in the case of an accident.

Regarding the revision of the law, attorney Hiroki Takahashi commented,

The relaxation was probably based on the judgment that if the maximum speed is less than 20km/h, it does not entail a serious risk. What is important is the morals of the driver; It is dangerous to drive so close to pedestrians. The police should also be consciously enforcing the new rules to ensure that drivers abide by them.

Cavalier driving is already a problem. According to a National Police Agency summary, between September 2021 and February 2010 there were 168 cases of motorized e-scooter users being caught violating the Road Traffic Law nationwide. Eighty-six of these violations were for riding on sidewalks and other “traffic zone” violations.

In June 2009, a man driving a motorized board was arrested for hit-and-run accident involving a woman pedestrian on a street in Osaka City. The victim suffered serious injuries, including a broken neck. The e-scooter the man was driving had a maximum speed of about 30 km/h (approximately 18.6 mph).

Can one obtain compensation for a collision with an e-scooter that does not require a license?

If it is mandatory to have liability insurance, then it would also be recommended to purchase such insurance voluntarily. For victims, they can expect better compensation than for bicyclists (who are not required to purchase insurance by local governments).

Even if an accident does not occur, drunken driving is subject to the same severe penalties as other vehicles. Under the Road Traffic Law, the maximum penalty for “drunken driving,” which is defined as an objectively recognizable state of intoxication, such as the inability to walk straight, is imprisonment for up to five years or a fine of up to 1 million yen, while the maximum penalty for “driving under the influence of alcohol” is imprisonment for up to three years or a fine of up to 500,000 yen.

Both of these penalties apply to e-scooters.

Guys, let’s be safe out there!

So, the bottom line is that Japan will soon become much more e-scooter-friendly, although it will continue to be necessary to obey the rules of the road.  It has, undoubtedly, taken a lot of lobbying by the e-scooter community to achieve the adoption of these newly revised rules.  Let’s play along, abide by the rules, and not let a few bad applies spoil it for everyone else.  The new rules are likely to spark a wave of adoption of e-scooters throughout the country.

Japan’s New Progressive Cafe Staffed Only with People Who Stutter