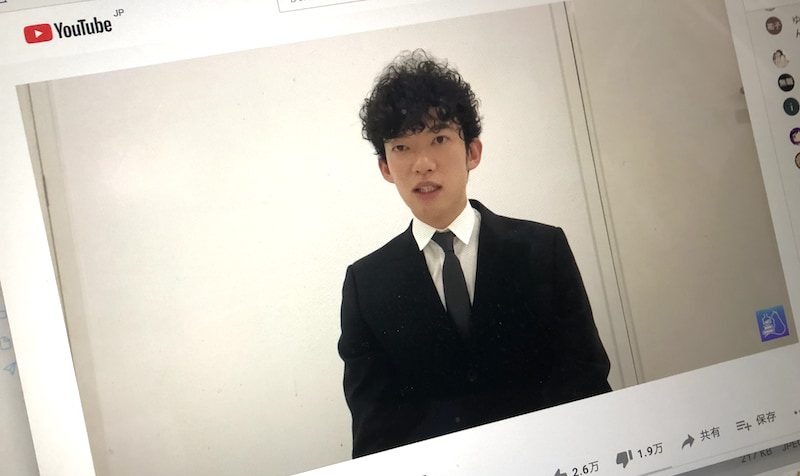 The self-proclaimed “mentalist” DaiGo, age 34, has been accused of discriminatory remarks against the homeless, welfare recipients, and LGBTQ people. In the aftermath of the uproar, more “problematic statements” have surfaced.

DaiGo, whose real name is Daigo Matsumura, is very particular about how his name is to be spelled. It must appear in Romaji (Roman characters) with a capital D and G.  This is to distinguish him from another mononymous Japanese celebrity by the same name, the singer-songwriter Daigo (no capitalized G). Now that we have that out of the way…

DaiGo, the “mentalist,” is a graduate of the Department of Physics and Information Engineering at Japan’s prestigious Keio University in Tokyo.  After an introduction to the British illusionist Darren Brown, another self-proclaimed “mentalist,” DaiGo was inspired to pursue a career in show business.

TV Debut as a “Mentalist”

It was not long before he was “discovered” by a television producer who helped launch DaiGo’s budding career as a “mentalist” who is supposed to be endowed with extraordinary mental powers.  His persona as a “decent honor role student” led to almost immediate success from 2013.

DaiGo was, however, not satisfied with just being a regular television personality.  The consummate entrepreneur, he sought to gain more fame and fortune by establishing a presence on YouTube and another video broadcasting platform in Japan called Nikoniko Douga.

His free YouTube channel is called Mentalist DaiGo.  It has a following of almost 2.5 million subscribers.  This channel is linked to the paid-content site D-Labo which provides various self-help instructional videos.  In exchange for the recurring monthly fee of 599 yen (approximately US $5.50), DaiGo promises to deliver summaries of 20 trending books each month.  Some of the most popular Japanese titles currently include “Beyond Meditation! What is the Most Powerful Mind Technique,” “How to Master the Essentials:  How to Stop Wasting Effort and Succeed,” and “How to Take Notes.”

There is no doubt that this guy is, at the very least, book-smart.  He certainly has a talent for self-promotion, as well.  DaiGo’s recent, incendiary comments online have, however, led many to question whether he is, in fact, intelligent.

Earlier this month DaiGo became perhaps the most universally loathed person in Japan.

In a YouTube video released on August 7 (which has since been deleted), DaiGo said,

I don’t pay taxes to support people on welfare. When I see a homeless man I think, ‘Why is he sleeping on a cardboard box, looking like he owns the place?’ I don’t care about the lives of the homeless. They stink and they make the streets unsafe.

DaiGo seems to value pets more than his fellow citizens who may be down-on-their-luck.  In the video, he went on to say,

If you have money to feed people on welfare, I think you should save stray cats instead. I don’t benefit from people living on welfare, but I like cats…A cat stretched out on the side of the road is cute…I don’t care about homeless people’s lives because I don’t care about the lives of people that I don’t need.

When questions were raised about this video, DaiGo shot back by releasing a follow-up video 5 days later. He double-downed on his strong views by explaining,

A real piece of work!

Influence from an Apparent Backroom Counselor

However, only two days later, DaiGo released two more videos in which he reversed his original position and apologized. Wearing a suit this time, he proclaimed,

If my mother was on welfare, I would naturally react negatively (to my own previous comments), because it could be interpreted that the value of my loved one’s life was being denied. I have done a really terrible thing. I don’t think anyone can say that it is okay to take away the meaning of someone’s life. I’m very sorry…What I said was discriminatory and hate speech…As a human being, I should not have done that. I have nothing but regret.

This rapid succession of videos with completely contradictory messaging prompted many to question what caused the abrupt about-face.  Others doubted whether DaiGo’s latest messages were sincere, as his delivery did not seem contrite.

Criticism poured in.  There were suggestions that DaiGo was advocating eugenics by suggesting that the homeless should be killed.  He tried to downplay these disparaging remarks and retorted,

Huh?  It certainly sounds like someone trying to dig their own grave.

All of the negative publicity led to the scrutiny of DaiGo’s previous online comments.  It was not long before more dirt surfaced.

It turns out that on June 5, two months earlier, DaiGo was critical of LGBTQ people during a live-streaming session.  He recorded,

There are people who gather together like ‘we’re a sexual minority,’ but I think they’re idiots.

He went on to say,

Men have no use for women who can’t get pregnant safely.

This keeps getting better and better!

It’s not illegal to have sex with minors.

This statement is categorically incorrect.  It was related to allegations that DaiGo had sexual intercourse with a junior high school girl, originally reported by the magazine Bunshun five years ago.

Daigo was also accused of violating the Pharmaceutical Affairs Law when he partnered with a health food company that made illegal product claims touting false medicinal effects.

It is not only his online revenue stream that is being squeezed.  DaiGo is being dropped by his sponsors.

The advertising firm in charge of the official website for Kirishima Natural Water “Nomu Silica,” for which DaiGo had been a spokesman, announced that for the time being, the company would refrain from using DaiGo in their television commercials and print media campaigns.

It may take quite a while for this to blow over—if it ever does.

Headache for His Celebrity Younger Brother

Finally, DaiGo’s own family relations are, most likely, being strained, as well.

DaiGo’s youngest brother, Ryogo Matsumura, a student at Japan’s Tokyo University who is also a television personality has also taken flack for trying to counsel his brother.  Matsumura, who truly does come across as a genius, is the target of teams of fellow University of Tokyo students who try to outsmart him.

The recent controversy caused by his big brother is starting to blowback on the younger Matsumura.  His direct bloodline to DaiGo is proving toxic and jeopardizing Matsumura’s own career.

Daigo is in a heap of the trouble of his own making—possibly on purpose.  His incendiary online comments have catapulted the self-proclaimed “mentalist” into the ranks of universally despised “Pharma Bro” Martin Shkreli.  While he may try to lay low for a while, this sort of thing is unlikely to blow over.  To recover, it will require nothing short of a dramatic make-over and possible name change.