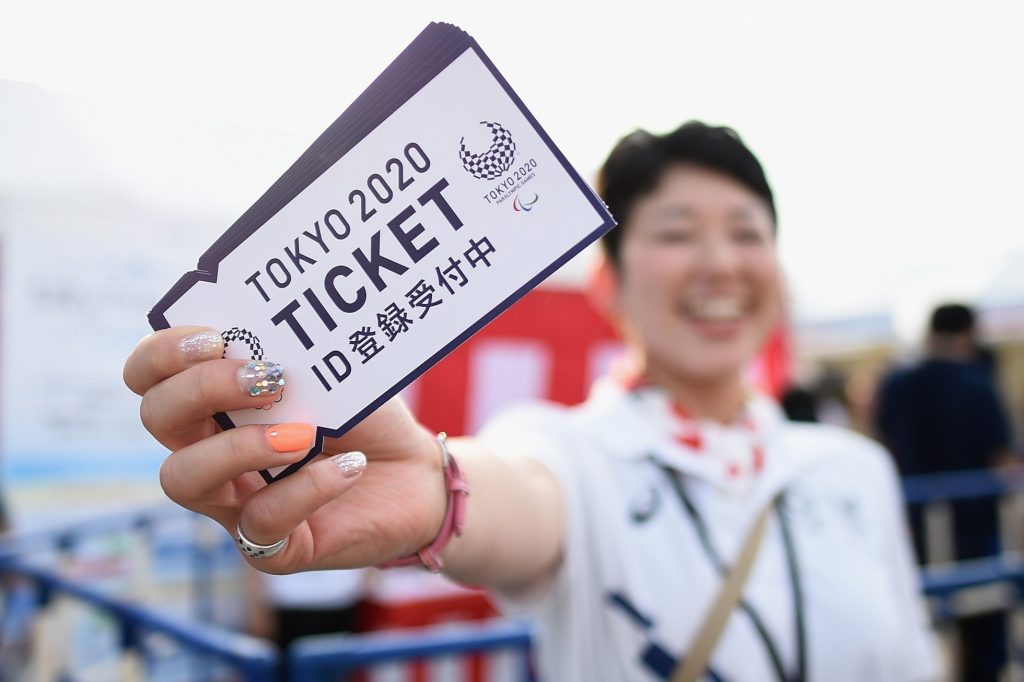 Too many unanswered questions are now causing Olympic angst for 80% of the population in Japan, which suffers from pandemic fatigue.

Hey, I need some good advice. I have two tickets to go see beach volleyball at the Tokyo 2020 Olympic Games, but I am not sure whether I should go.

Thinking back, I recall the range of emotions that I have experienced after applying for tickets to the Olympics approximately two years ago. At first, I remember being surprised to find out just how expensive some of the tickets were. I thought, somewhat naively, that it would not be too difficult to obtain tickets to attend the opening ceremony. Well, was I wrong! It turns out that seats at this event commanded the highest prices. I settled on applying for less expensive tickets to try to go see four relatively minor sports.

Upon hearing from numerous friends and colleagues at work that almost none of them had “won the lottery” for the right to purchase any tickets, I became worried. When notification finally arrived that I had won the lottery only for a single event, beach volleyball, I recall a sense of relief that I would be able to see at least something. I then thought, “Wow, am I lucky!”

Fast forward to the end of March 2020, when, just two days before the Olympic Torch Relay was due to begin, the decision was made to postpone the Olympics for a year due to the developing pandemic. I experienced an immediate sense of relief, although I was somewhat wary about what would happen to the tickets for which I had already paid in full 9 months earlier.

Next, with the fate of the games still uncertain, the Tokyo Olympic Organizing Committee imposed a November 30, 2020 deadline to decide whether to apply to get a refund. I decided to take a “wait and see” approach and, therefore, kept the tickets.

With the torch relay finally underway but with lingering uncertainty about when the vaccination campaign for the general public will start, the Japanese news media are bombarding everyone with negative reports.  Deputy Prime Minister of Japan and Minister of Finance Taro Aso’s now-infamous remark that the Olympics are “cursed” seems to be fairly accurate. There are just too many unanswered questions, including…

1. Given the slow pace of vaccinations and growing evidence of a potential 4th wave of infections, how can safety be guaranteed?

The opening ceremony is scheduled to begin in less than 4 months. It just does not seem like there is sufficient time to get enough people vaccinated in time. Putting the situation in perspective, it is relevant to note that the U.S. has been averaging about 2.7 million shots per day. In contrast, Japan has only administered less than 800,000 doses to date.

In the meantime, is not holding the torch relay likely to spark at least one cluster and have the potential to become a super-spreader event?  There certainly does not seem to be a lot of social distancing going on among the crowds watching the torch parade thus far in Fukushima and Tochigi.  It is, therefore, not surprising to learn almost on a daily basis that yet another celebrity runner has dropped out.

2. Why was the original postponement for only one year?

News Flash: We are still in the middle of a global pandemic! Now it appears as though another deadly 4th wave is starting to engulf the country. Why not cancel the 2020 event completely and simply allow Japan to hold the summer Olympics in 2024? France would then be pushed back to 2028, Los Angeles from 2028 to 2032, and Brisbane from 2032 to 2036. Certainly, there is enough time to make such adjustments.

The Tokyo Olympics will probably not be held next year, so I think we should replace the 2024 Paris Olympics. We will extend the Olympic schedule by four years. Four years later the new coronavirus will be defeated.

He was on to something.

3. What’s the point of holding the Olympics if visitors from overseas are prohibited from entering the country?

Japan made this decision just recently, and the latest is that only about 1/3 of the normal support staff from overseas will now be allowed to enter the country. Just joking (sort of), but at this point, it would not be surprising to hear that some of the athletes from overseas will be barred from entry.

4. What’s the deal with the leadership team—really more of an old boys network up to this point?

Although it appears as though Japan’s Olympic minister Seiko Hashimoto, who is now in charge of the organizing committee, is a solid leader with impeccable credentials, how could her now-disgraced predecessor, gaffe-prone Yoshiro Mori, 83, have been put in charge in the first place? After being forced to resign after remarking, “Women talk too much,” Mori was back in the news just recently by saying that a particular female staffer was “too old to call a woman.” Who is this guy? This episode has been an international disgrace for Japan, and Mori’s advanced age does not give him a “get out of jail free” card.

To add insult to injury, the former creative director of the Tokyo 2020 Olympics, Hiroshi Sasaki, was recently relieved of his post after suggesting that celebrity comedian Naomi Watanabe dress as an “Olym-pig” for the opening ceremony.  No matter her weight which must have prompted the statement, there is no room for such a remark—especially from the ranks of the top management of the games.  It is not surprising that so many volunteers have resigned in protest.

5. Why has the cost of the Olympics ballooned?

The latest estimate is that this year’s Olympics will cost the government of Japan a staggering 395.9 billion JPY (approximately US $3.6 billion) to host both the Olympics and Paralympics. Taxpayers will now be on the hook for extra expenses caused by the year-long delay and for added safety measures due to the coronavirus, which has added 100 billion JPY (US $907 million).

Even before the coronavirus, there were some serious questions about how expenses were being managed. More than 2 years after the original winning stadium design by the late Zaha Hadid was announced, it was discarded because of cost over-runs totaling 252 billion JPY ($2.3 billion).

6. Given the extreme heat and humidity, why would anyone expect to be able to hold a marathon in the middle of Tokyo at the height of the summer?

It is no surprise that this event had to be moved to Sapporo way up in Hokkaido where it is much cooler.

7. How have the Olympics really helped to revive the Tohoku Region that was devastated ten years ago by the 3-11 “triple disaster” catastrophe?

When Tokyo was selected as the host city way back in autumn 2013 the public was ecstatic.

The winning bid was in large part based upon intentions to channel resources toward the embattled Tohoku Region, which in 2011 had experienced the devastating Great East Japan earthquake, tsunami, and nuclear accident in Fukushima. While some progress has been made, the “recovery effort” is far from complete.

8. Who is really benefiting from the Olympics?

Akasaka Romantei’s trending tweet implies that the real beneficiaries of this year’s Olympics are, in fact, the sponsors. It incorporates the trending hashtag #オリンピックより命を守れ which means “Protect lives rather than the Olympics.”

Who are the Olympics for anyway?

Aburaya-no-Megumi captured the scene on video and tweeting,

It’s amazing. I was a little surprised to see the unexpectedly gorgeous sponsor promotional vehicles passing through just before the runners. I am not certain whether I can upload the images of the runners, so here they are for the vehicles.

Given all of these unanswered questions, it is really no surprise that an estimated 80% of the Japanese public believe that the Olympics should either be canceled or postponed again. So, back to my original question.  While I really would like to attend the Olympics in person, I admit that at this point, it seems like a risky proposition.  What do you think I should do?  Should I go see beach volleyball or sit this one out?

Brad Pitt doesn’t have anything over these heartthrobs from Japan’s big and small screen.
September 2, 2021