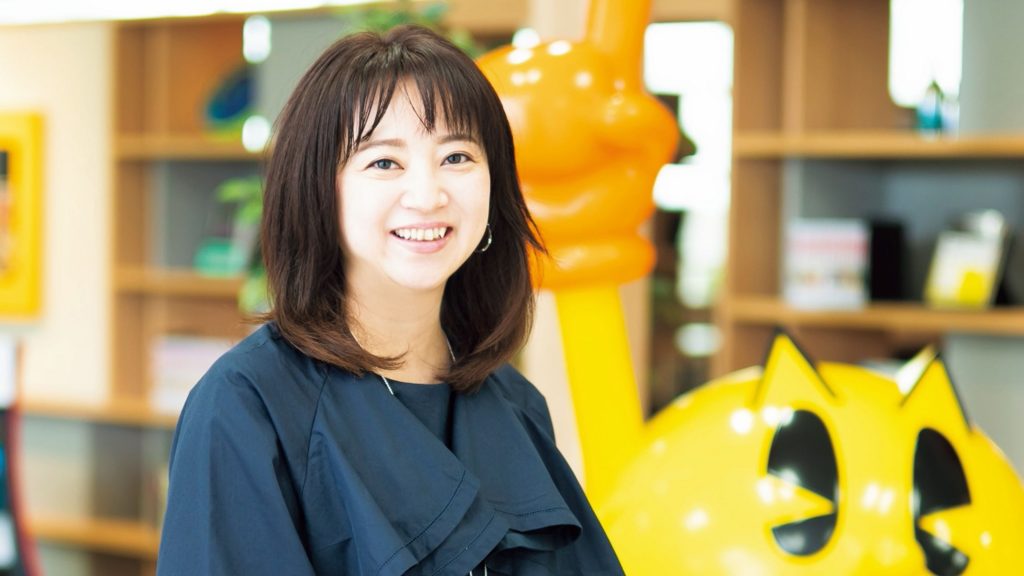 A rarity in Japan, a prominent female executive tapped to lead the firm behind Gunpla, Tamashi Nations, Ichiban Kuji, and Banpresto.

Nao Udagawa, 47, was recently promoted to become the president and representative director of Bandai Spirits.

First, a little background about the company.

What Does Bandai Spirits Do?

Bandai Spirits?  Bandai Spirits does not plan to challenge Suntory.  You can be forgiven for thinking that Bandai is getting into liquor production.  Their kind of “spirits” seems to refer to the company’s aim to capture the soul of its characters and fans.  It is part of the Japanese gaming company known for its classic favorites such as Pac-Man, Pokemon, and Gundam, with a heritage that dates back to 1950.  The official company press release proclaims,

“Putting “spirits” into products and services, under the vision of being the “world No. 1 general hobby entertainment company,” we are advancing our global business development with toys, plastic models, gifts, and miscellaneous goods as the core.”

You may be more familiar with some of their main brands, such as Gunpla, Tamashi Nations, Ichiban Kuji, and Banpresto, among others.

Although the core business of Bandai Spirits is designing, producing, and marketing plastic figures from the world of anime and online gaming, it has also diversified into various forms of entertainment, including a small chain of cafes scattered across the country.

Make no mistake. This is a big business both in Japan and around the world. Bandai Namco Bandai Holdings reorganized its component companies in 2018 when Bandai Spirits was spun off as a separate entity. Now it has more than 650 employees. Its parent company, Bandai Namco Holdings, recorded sales of 740.9 billion JPY (US $6.7 billion) and recurring profits of 87.6 billion JPY ($791 million) for the fiscal year ended March 31, 2021.

So, who is the new leader of Bandai Spirits?

Ms. Nao Udagawa was the first female director of Bandai Namco Entertainment, a company developing game applications for smartphones, home video game software, and live events. She has been with the firm since 1994 and has led teams of more than 200 people since she was in her 30s.

Udagawa joined Bandai in 1994. She transferred to Bandai Networks when it was established in 2000. Her early projects involved the development of the cell phone content business when it was in its infancy. In April 2015, at the young age of 41, Udagawa became the first female director of Namco Bandai Entertainment Inc. and was appointed managing director in April 2018. Udagawa was tapped to become the president of Bandai Spirits this spring.

That is quite an impressive climb up the corporate ladder. When asked whether her gender ever held her back, Udagawa responded,

I’ve always been surrounded by men, and I’ve never really worked with gender differences in mind. The entire group has a sense of working with the strengths and characteristics of each person, so I don’t remember having any difficulties because of my gender.

It sounds as though the corporate culture at Bandai has been quite supportive and rewards talent, regardless of gender.

Udagawa appears to be a very appropriate choice, as she has a proven track record for developing great leaders on her team. When asked, “What kind of guidance would be ideal for developing a leader?” she explained,

I think it is necessary to give them tasks that are slightly above their skills, including delegation of authority. Appropriate evaluation and feedback are necessary, so that they can raise their thinking about the business to a position slightly higher than their own.

It is well-documented that Japanese women who work outside the home often face the burden of coming home after a long day at the office only to do most household chores. What about Udagawa?

For those of you who may be wondering whether Udagawa spends an inordinate amount of time at work, it does sound like she remains almost constantly connected. There is, however, no doubt that Udagawa benefits from a supportive spouse and family.

When queried about this aspect of her life, Udagawa clarified,

As for housework, our family naturally has a division of labor, with those who are good at it doing what they are good at. My husband is a good cook by nature. Thus, he does the cooking, which is really helpful.

Udagawa seems to have found a true work/life balance.

Why Is This a Big Deal?

Simply put, Udagawa’s promotion is a big deal because there are so few senior female executives in charge of Japanese corporations—let alone one with such a global reach.

Besides just looking at senior management, even the ratio of female managers is still only 7.3% among all firms. The ratio at large-scale enterprises is even lower at only 5.0%, and it fell 0.2 points during the past 12 months.

This aspect of how Japan, Inc. is so far behind the times has certainly caught the attention of the ruling political party. While long overdue, even though too many, this may seem to be lip service, Japan’s political leaders are at the very least now attempting to address the issue.

2030 is the target established by the government to increase the percentage of women in leadership positions to 30% by 2030.

The intention is to have more female representation among management ranks and more diversity among decision-making groups.  The thinking is that, in turn, employee motivation will improve, it will be easier for subordinates of the same gender to ask for advice, the reputation of Japan, Inc. will be enhanced, and it is highly likely that overall business performance would improve.

As progress-to-date has been slow, the key question is what needs to be done to improve the status quo.

What Needs to Be Done?

Some of the ideas which the Japanese government is pursuing include the enhancement of maternity and childcare leave programs, helping to encourage more work options—including the promotion of telecommuting, and establishing an environment to develop female managers.

In partnership with human resources, top management at Japanese companies like Bandai need to set an example by developing and, ultimately, promoting more female leaders like Udagawa. While effective managers like Udagawa may consciously seek to mentor promising female staffers with an eye toward their future, it is not enough to rely solely on the small number of existing female executives to lead by example. A systemic change is required at Japanese firms.

News of the high-profile promotion of Udagawa is a breath of fresh air for Japan, Inc. There is no doubt that, at least at Bandai Spirits, the morale of employees has, most likely, improved. Their female employees must now feel more encouraged to develop their own careers, which could, ultimately, allow them to succeed Udagawa at some point.

Mark Kennedy is a native of Chicago who has spent more than 20 years living, studying and working in Japan before deciding to retire to the idyllic countryside of Oita. Mark is a lifelong student of the Japanese language and culture and loves to travel throughout the country. He also is the author behind the "Real Gaijin" Substack and podcast as well as the Country Roads Japan YouTube channel.

Vaccine Passports Are Nothing New in Japan

Meiji Era vaccine passports from 140 years ago have surfaced on Twitter
October 21, 2021