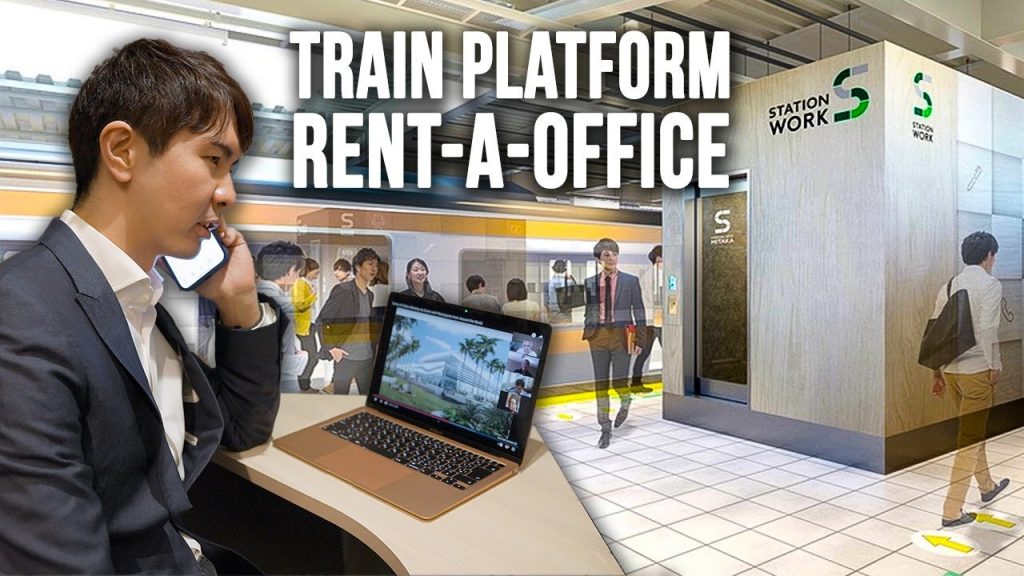 Your Office away from the Office

It used to be that commuting to the office was a long and arduous affair that had you walking 3 or even 4 minutes from the train station, but those days will soon be behind us! Managed by JR East, Japan’s largest train operator, Station Work aims to be your office away from the office, and easily accessible to every commuter.

Get your works done while waiting for a train

One of the first locations is here, based directly on platform 2 at Nishi-Kokubunji Station in Kokubunji City, Tokyo. This station, in particular, connects 2 of the busiest commuter lines in Tokyo, but as it’s further away from the center of the metropolis, trains stop less frequently, which means longer waiting times between transfers. This makes it the perfect candidate to receive a Station Work office.

And, while the concept of a temporary office cubicle isn’t exactly new, this is the first time that such a space has been available to commuters, directly on the platform!

To reserve one of these offices, simply login to the website and choose your station and desired time. When you arrive, just scan the QR provided and the door will magically open.

Inside there are a total of five rooms. The three on the right are for general use, featuring a small desk and power sockets to keep you powered up for as long as you need.

The other two rooms are slightly larger but have the added benefit of being soundproof. From inside you’ll have no issue of being disrupted by other workers clattering away at their keyboards. The soundproofing also makes these booths ideal for video conferencing, as your entire conversation will be kept private from any eavesdroppers.

You might also be thinking that a room this size might get a bit stuffy during the extreme Japanese summers but don’t worry, it’s fully equipped with a heavy-duty air-con unit with effective ventilation. During the dry winter months, a humidifier will also help keep you comfortable.

When designing Station Work, JR did so with the concept in mind that “Every second is important to the working professional.” So with the company planning to have around 1,000 of these locations open all over the country by 2023, you’ll never have to worry about wasting any more time waiting around for a train.

Time can be booked in 15 minutes blocks for ¥250 or ¥1,000 for an hour, which isn’t the cheapest option if you need an office space for prolonged periods. Still, with the added perks of privacy and being a matter of seconds from the train door, it certainly beats setting up shop in a crowded coffee shop.

Join Yasu and Julian as they check out the first ever Jojo’s Bizarre Adventure theme park to involve all 5 main characters…
March 29, 2021