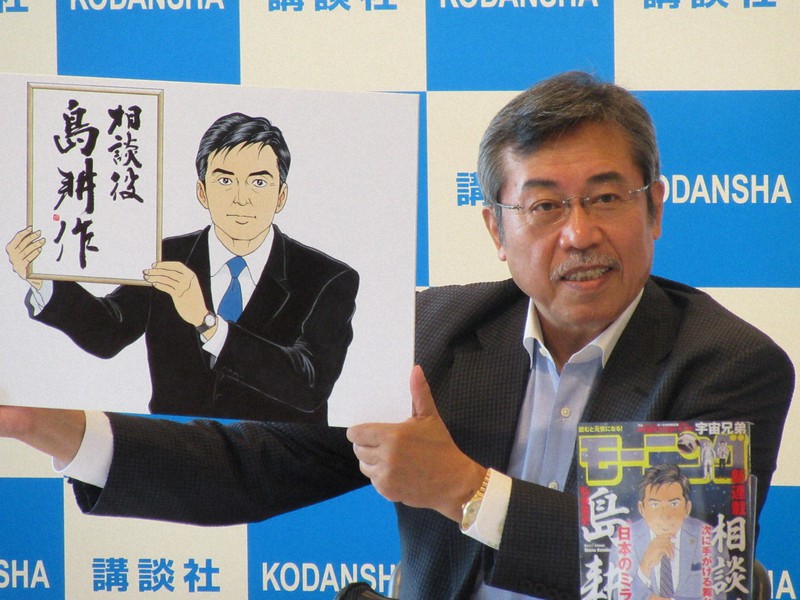 One of Japan’s most famous manga businessmen, Kosaku Shima, has become infected with COVID-19 in the most recent issue of the series.

Not Even Manga Characters are Safe from Coronavirus

On February 25, in issue number 13 of the weekly manga magazine Morning, the popular character Kosaku Shima was shown to have caught the Coronavirus. Kosaka Shima, the main character of the series with the same name, is a long-running manga following the life of businessman Kosaku Shima and the inner workings of a Japanese company. According to series author Kenshi Hirokane, he was motivated to give Kosaku the virus after experiencing its symptoms up close when a real-life acquaintance of his became infected. After seeing the conditions his friend experienced, who is a successful company owner in his 50s, Kenshi was inspired to share his knowledge with his readers. In regards to this most recent chapter, he stated, “I hope I can alert people to the idea that they can be infected at any time.”

While it is quite unusual for the main character of a manga to become entangled in real-life current events, the author stated, “Kosaku Shima is an ‘informational’ manga that takes place during the same time as reality, so writing about the Coronavirus came naturally.” The series has previously covered issues about life under COVID-19 and how Kosaku’s daily life has changed.

Online, some thought the idea of having a manga character catch Corona was a unique way to make people more aware, such as the Twitter user above. Others found that the topic of Corona was handled in a neutral and appropriate manner in comparison to past manga that have come under fire for controversial takes on current topics.

The Story of Kosaku Shima and His Rise to the Top

Kosaku Shima, also known as Kacho Shima Kosaku in Japanese, was first published in Kodansha’s Morning manga magazine in 1983. The story is split into eight different parts, with its most recent version, Consultant Kosaku Shima, currently ongoing. Kosaku is a typical businessman working in a giant corporate conglomerate in Japan called Hatsushiba Electric. The company is thought to be a representation of the real-life Japanese electronics company Panasonic where the author used to work.

Kosaku starts off as a section chief in the first part of the manga and has slowly worked his way up. Each part of the story focuses on a different position in the company. Over the years, Kosaku rose from section chief to division chief, assistant director, director, executive director, president, chairman, and eventually consultant.

This long-time series is a comprehensive look into the reality of working life in Japan at a huge company. The series was honored for its longevity at the 43rd Kodansha Manga Award in 2019. The 80 volumes of the series currently have well over 40 million copies in circulation.

Former table tennis Olympic medalist allegedly cheated on her husband, a table tennis champion from Taiwan, and now may be heading for…
March 26, 2021