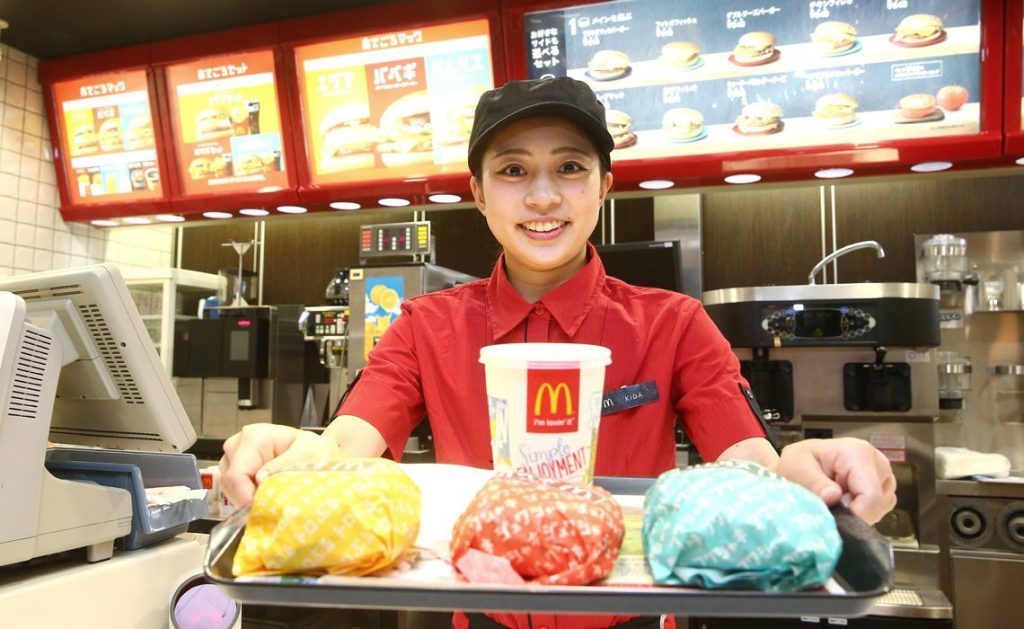 See special menu items and what foreigners who live in Japan have to say about what a Japanese McDonald’s is like!

As the world’s largest restaurant chain with over 39 thousand franchise locations worldwide, McDonald’s continues to lead the global fast-food industry.  From the famous Big Mac to chicken nuggets, french fries, and McShakes, McDonald’s offers its customers a quick, cheap, tasty, and, importantly, a somewhat familiar meal anywhere in the world.

While McDonald’s is always a haven for tourists who visit places where the food isn’t exactly a match for their palette, menu items, prices, and standards of customer service differ from country to country.

While an entire article could be written about the different menu items that can be found at McDonald’s locations around the world, here at Japan Insider, we’ll focus, of course, on Japan.  We’ll take a look at some special menu picks, what’s different, what’s the same, and of course, how it tastes.

Further, My Navi News conducted interviews with foreigners residing in Japan who were asked what they thought about Japanese McDonald’s as they compared and contrasted with the McDonald’s in their home countries.

First, let’s take a look at some basics.  Since the first McDonald’s franchise opened in 1971, Japan now has almost 3,000 operating outlets, making it the country with the second most McDonald’s locations after the US.

While it may seem that McDonald’s was successful since they first opened in Japan, that wasn’t the case.  It actually wasn’t until more recently that McDonald’s started to become really popular.  This was likely thanks to the special menu items more suited for “Japanese taste buds.”

Like many countries, McDonald’s in Japan offers special menu items that are a better fit for the Japanese market.  These include the teriyaki burger, ebi-filet-o or fried shrimp burger, and shaka-shaka chicken.  Shaka-shaka chicken is served in a paper bag with either cheese flavored or red-pepper flavored seasoning added to the bag, which is then shaken up to spread the seasoning over the chicken.  “Shaka-shaka” refers to the sound and action of shaking something.

Since some of you may be getting hungry, let’s see what foreigners thought about these special menu items and Japanese McDonald’s in general.

The majority of the responses from 20 foreigners of different backgrounds fall under three main categories.  Taste, customer service, and portions.  Within each of these common themes in the responses, there are understandably similarities and differences and pros and cons.  Let’s take a look at each.

Across the board, the general consensus on taste is extremely positive.  Regardless of background, many of the respondents noted the teriyaki burger as a tasty favorite pick that isn’t available outside Japan.

For example, a 31-year-old male from Canada states that he loves the special menu items, including the aforementioned teriyaki burger and the bacon-lettuce burger, but was disappointed that he isn’t able to get chicken nugget sauce to eat with his fries or have the ice cream sundae flavors mixed.

A 39-year-old German male noted the special Halloween “squid-ink burger” as a usual pick that had him coming back.  He went on to say that these kinds of strange limited special menu items encouraged him to stop by a McDonald’s every once and a while.

Customer service was also regarded in an extremely positive manner across the responses.  Like literally everything else in Japan, even at McDonald’s, customer service standards are very high.

The majority of the respondents were amazed at how good the customer service was, and as a result, how clean the restaurants were.  One 31-year-old Vietnamese respondent stated that the clean atmospheres of the restaurants are so nice that she often grabs a coffee to study inside a McDonald’s.

One of the main things that came up in the responses revolved around the quality of the food.  In particular, they were referring to the food’s resemblance to the picture on the menu.  This is something that I often hear overseas when talking about fast food, as many will say something along the lines of “it looks good, but it won’t look like the picture.”

Many respondents, including a 30-year-old man from France, mention that they like how carefully the burgers are assembled when you unwrap the paper packaging or open up the cardboard container.

On the other hand, a 39-year-old man from Turkey said that he felt that McDonald’s were all the same worldwide, but the clerks and staff in Japan are just much more kind to customers.  This being said, something to note is that an actual item on menus at McDonald’s in Japan is a smile for 0 yen (free)!

While almost everyone seemed to like Japanese McDonald’s, foreigners didn’t seem to be leaving the restaurants feeling full unless they had more than one entree.  Based on the responses, compared to McDonald’s overseas, Japanese portions are too small to satisfy most foreign customers.  I, too, often find myself ordering two cheeseburgers.

There you have it.  Go check out a Japanese McDonald’s when you can, and let us know what you thought about it!

Ikea Japan is Offering $1 Rent to Lucky Tenants in Tokyo

Ikea Japan is offering less than $1 rent for lucky applicants willing to live in their “tiny homes” in Tokyo! Apply now!
November 27, 2021

Check out the top 4 most complex and confusing train stations according to Japanese people themselves! Good luck not getting lost in…
October 29, 2021