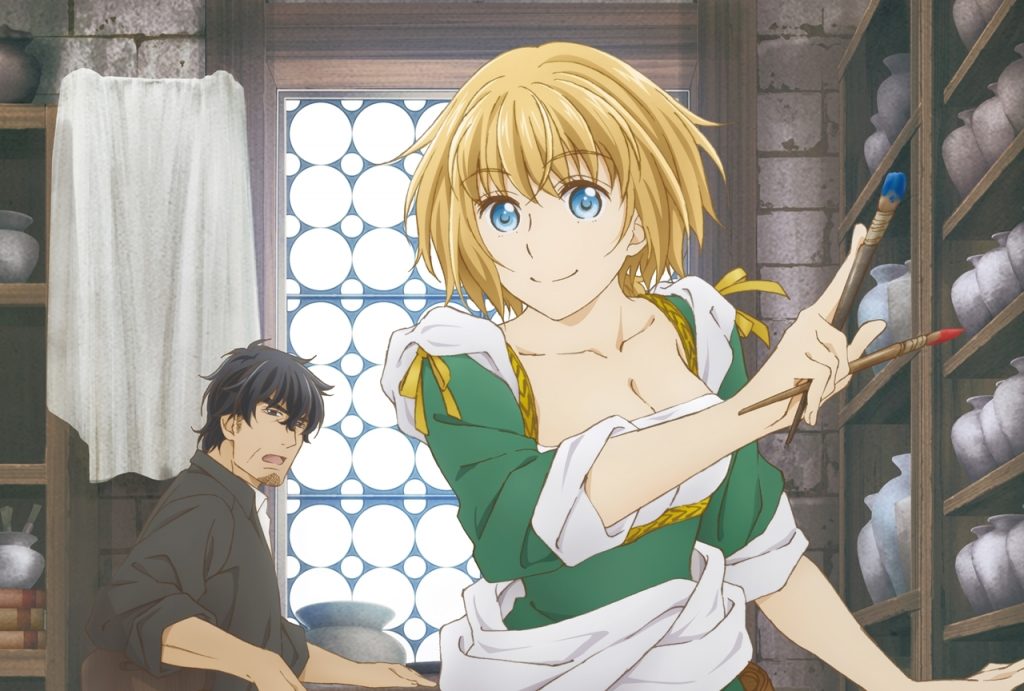 5 Feel Good Anime In Spring 2020 To Destress With

Anime recommendations with feel-good vibes and hopeful themes in Spring 2020. Much needed during these trying times.

During these times, when life already feels like a battle royale against viruses and natural disasters, wouldn’t you just wanna stay home and watch some feel-good anime? Grab your popcorn and drinks as we go through our top 5 refreshing light-hearted anime list of spring 2020. The titles that will be introduced are on-going series that have some funny plot lines and interesting character antics that we feel are worth mentioning and highlighting.

These titles have no violence, no sexual themes, and you can rest assured that your favorite characters will live on happy and hopeful. They can be categorized as Slice of Life or Shojo Anime (Girl’s Anime) but can easily be enjoyed by any type of audience who just wants a good old break from the dark shows that they have been binging during the big Q.

Arte is about a young girl in 16th century Firenze, Italy. This anime is about the struggles of Arte in a male-dominated art world. Determined to be independent and pursue art as a career, she settles for a life of ridicule as the only female aspiring to be a craftsman in those days and age. Around the age of 15, Arte loses her father. This made her mother want to marry off Arte as soon as possible so she can live a good stable life. However, Arte opposes her mother and throws away a life of luxury. She tries her best to do what it takes to stand on her own two feet by making art with her own hands. Frustrated with the limitations of being a woman, we see Arte chop off her hair, tie up her skirt, and dive into some good old hard labor. It’s refreshing to see a renaissance age drama about a hopeful, strong-willed girl who is also experiencing the relatable struggle of breaking gender roles and standing up for herself. Asides from that, it is fascinating to see the Italian renaissance fashion and architecture, which is quite a unique setting in anime. Her resilience and quirkiness are what make Arte so entertaining and refreshing, like a gentle sunrise.

Set in the present, Smile Down the runway can be quite similar to Arte in terms of “breaking boundaries.” This story revolves around two protagonists; one is a vertically challenged high school girl who wants to be a top fashion model. And her school mate, who is a financially struggling aspiring fashion designer. Being told “No” and “That’s impossible” all their lives, the two meet and use their shortcomings as a way to stand out and finally get their first yes. The story bounces from character to character showing off their side of the industry and occasionally stirring them back towards each other. This anime is full of youthful hope and gorgeous fashion aesthetics. It’s exciting to have a glimpse of what it’s like behind the scenes of fashion shows and modeling.

3. MY NEXT LIFE AS A VILLAINESS: ALL ROUTES LEADS TO DOOM

Reincarnated into an Otome Game, or dating sim for girls, Katarina is shocked to find out that she had been born as the villainess of her new world. Remembering the ending of the sim game from her previous life, she is determined to change her future and eventual doom. She wakes up in this parallel universe as an eight-year-old girl, but she retained her consciousness as a 17-year-old high schooler. Using her wits, she attempts to change her destiny of meeting a bad end. Instilling good relationships with her peers at a young age and essentially derailing the predetermined path, we are curious to see if she can save herself and possibly enrich the lives of the other characters by being an honest, tomboyish, and kindhearted version of the antagonist. Not interested in being the victim in the end just because she’s the bad guy, Katarina plots her way to change her fate and save her life.

A continuation of season one, Kaguya and Miyuki of the student council are, in fact, in Love with each other. However, their pride will not let them be the first to confess to the other. This anime is centered around the antics of the two to try and make each other profess their Love. The one who makes the other confess first is the winner in this game called Love. The characters’ uppity yet innocent personalities are what make this anime so adorable. You can rest assure that these two are just going to get closer and closer all the while makes us laugh with their silly schemes.

With season 2 finally released, the fans are going crazy with excitement. We follow Honda Tohru’s story as she unlocks the secrets of the Sohma family in hopes to undo their family curse. Twelve members of the Sohma family turn into the Chinese zodiac animal they are possessed by when they become weak or held by the opposite gender. The first season showed us some of the cursed Sohma members, but the others remain to be revealed. Tohru’s kindness and airheadedness are what makes her so lovable in her way. Each character, including Tohru, has gone through a traumatic past, but the anime concentrates not on the misfortunes but how each individual copes and overcomes their tragedies. The acceptance of their scars is what brings them toward maturity and determination to become a better person. Inevitable waterworks in each episode unless your heart is made of stone.

These are five titles that just got released in 2020 that are bound to leave you with good vibes. They are all currently on-going with promising story development and inspiring themes. Hopefully, they bring some entertainment as well as hope in this time of need. Stay safe and strong, everybody!

Caryn Carmona is a freelance artist. She has been doing independent work for 12 years and has lived in the Philippines, Canada, America and Japan. She delves in art and anime related events such as conventions and meets. You can find her raiding artist alleys and Akihabara most of the time. Her art and adventures can be found at bachoochi.com. Her love for dogs and media knows no bounds.

Nissan has turned Japan into a massive board game course where people must travel the country and play a real-life Game of…
January 17, 2022

Two middle aged guys beat out more than 6,000 other comedy duos to ascend to the top of Japan’s comedy scene and…
December 25, 2021