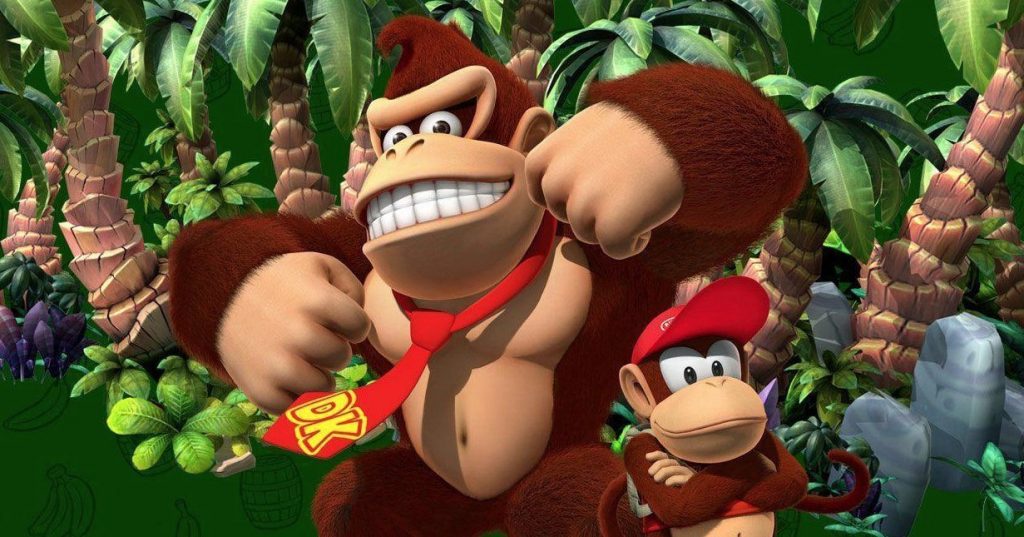 Universal Studios Japan is adding a Donkey Kong themed area within its Super Nintendo World. The new area will open in 2024.

Following the initial success of Super Nintendo World, it was announced on September 28th that there will be a Donkey Kong zone added within the area next to the current Super Mario area.  The Donkey Kong area is said to open in 2024.

The Donkey Kong area will be inside a lush jungle that will spread across the area.  Within the jungle, there will be themed rides like roller coasters and places to buy food and drinks.  With the addition of the Donkey Kong zone, the Super Nintendo Area will be 1.7 times bigger than it already is.

Shigeru Miyamoto, the CEO of Nintendo and man known as “The Father of Videogaming” stated that Nintendo plans to create a thrilling and unique experience that even those who haven’t played the Donkey Kong series or aren’t fans of the series can truly enjoy.

When thinking of Universal Studios, movies and the film industry may first come to mind.  Next, you may recall the famous Universal Studios Hollywood, which doubles as a film studio and theme park.

Universal Studios Japan in Osaka, often referred to as USJ, opened in 2001, making it the first location outside of the United States.  USJ in Osaka has rides and attractions from both the Hollywood and Orlando locations as well as those limited to USJ.

The attractions are spread out across 10 “areas” known as Hollywood, New York, San Francisco, Minion Park, Jurassic Park, Amity Village, Universal Wonderland, Water World, Wizarding World of Harry Potter, and Super Nintendo World.  Of course, within each of these areas there are various themed rides, attractions, games, stores, and places to eat.

Super Nintendo World opened in 2021 after a partnership between Nintendo and Universal Studios was made.  Within Super Nintendo World, you can visit the famous locations only found in Nintendo video games like Princess Peach’s Castle, Bowser’s Castle, and the Mushroom Kingdom.  There are also many Nintendo characters that can be found throughout this portion of the park.

The Legacy of Donkey Kong

For those of you who don’t know who or what Donkey Kong is, simply put, he’s one of the most iconic video game characters of all time.  Created by Miyamoto, Donkey Kong was first released in 1981 as an arcade game.  It was also the first platform in which the characters Donkey Kong and Mario were introduced.

Ever since then, the series has seen tons of different versions and spinoffs that ran on tons of different gaming platforms and consoles.  The characters from the original games in the series are still found in the newest Nintendo Games including Super Smash Bros.  The Donkey Kong series has a cumulative 65 million units sold worldwide as of 2009.

Furthermore, Donkey Kong has 7 world records awarded by the Guiness Book of World Records including “First Use of Visual Storytelling in a Video Game” and “Most Collectible Items in a Platform Game”.

Interestingly enough, when Donkey Kong was first released, Universal Studio actually sued Nintendo because they felt that it was a trademark infringement of King Kong.  Nintendo ended up winning the case.  This turned out to be a massive win as Nintendo was still only beginning to enter the US market at the time.

Whether or not you’re a fan of Nintendo or the Donkey Kong series, the Donkey Kong zone at Universal Studios Japan is sure to be really fun.  Make sure you go check it out when you have the chance after it opens in 2024!  That should be enough time to plan a trip.