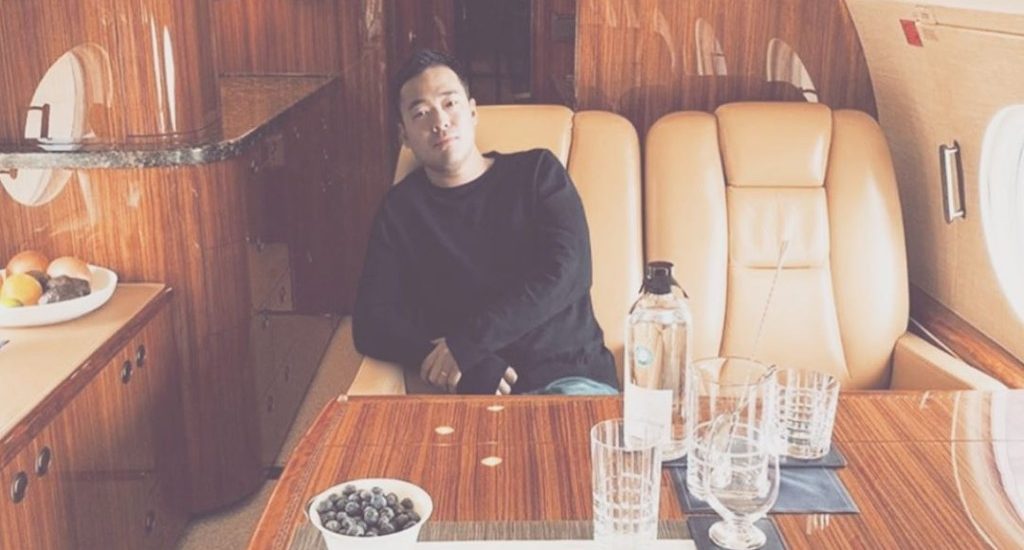 All that Glitters is Not Gold – Celebrity Scammers in Japan

In the era of “fake news” lately it seems as though there are more and more cases of career fraud featuring high profile individuals whose credentials turn out to be fake. Japan is certainly not immune to this phenomenon.

Recently the truth has been exposed about a 28-year-old former business wunderkind from Tokyo named Takaki Takehana who has subsequently been exposed as a scammer.

This high profile case of career or job fraud, the practice of fraudulent or deceptive activity by an employee or prospective employee toward an employer, is leading many to conclude that this type of behavior may, in fact, be more common than originally thought.

A sensational case that has been widely reported by Japanese media for the past couple of months involves a shady character named Takaki Takehana.  This 28-year-old supposedly built his reputation as a rags-to-riches business guru with a net worth of more than US $100 million.

A shameless self-promoter, Takehana maintained that after graduating from the University of Hawaii, he supposedly had stints at Google and Recruit, where he was paid an annual salary of more than US $200K.  After departing Recruit in 2017, he established the LIM group.  This firm, an SNS analysis and marketing concern, used to highlight that its customer base included the well-known companies of Softbank, Toshiba, and Rizap.  Building upon his Google pedigree, he also established the “MUP Business College,” which provides online classes in executive management modeled after an accredited MBA school.  The “school” collects tuition via monthly subscriptions.

Takehana also became a YouTuber to spread the word about his fabulous lifestyle.  He flaunted his wealth to more than 350,000 subscribers by posting videos that included flying around the world in his own private jet to shuttle back and forth among his collection overseas of multimillion-dollar mansions.  One of his videos even featured prominent Liberal Democratic Party politician Shigeru Ishiba who almost just became Japan’s prime minister.

It turns out, though, that his background was completely fabricated.  Takehana did not graduate from the University of Hawaii; He only took English language classes there.  Takehana only had a part-time contract to work at Google for a short period.  He used Airbnb to rent those overseas villas only for photoshoots.  There is still much confusion about exactly what his companies do and how much they are worth, but the truth started to surface last October.  Takehana ultimately came clean.  He expressed his remorse, saying, “I should have had more compliance awareness.”

Hmmm…That does not exactly sound like a sincere apology to me.

In the wake of headlines about the ongoing coronavirus and fallout from the American presidential election, updates concerning Takehana’s transgressions could have passed through the news cycle with little fanfare.  However, thousands of his “students” of the MUP Business College are now up in arms.  After the truth was exposed late last year, Kawakami informed them that he would refund their “monthly membership fees.”  The only problem was that he only made good on this promise by refunding the fees only for one month.  That did not sit well with former devotees who feel like they got swindled—which they did.

One man who paid 8,980 yen per month from March to October last year for the “privilege” of gaining access to exclusive videos proclaimed, “I was originally drawn to Takehana because he purported to be a former Google insider.  After learning that I was duped I want to be paid back in full, not just for one month…No matter how many times I apply for a refund, though, all I get back is an automated, generic e-mail response indicating that I can only expect to receive a refund for just one month.”

It sounds like this guy is out of luck.

Yuta Misaki received more than 18,000 likes for his tweet stating that “the act of deceiving a dreaming young man and taking money using ‘management’ as a tool is unacceptable…Uncover the darkness of Takaki Takehana.”  The video about an investigation into this sordid affair attached to this tweet has been viewed more than 1 million times since November.

This is, however, not the first time in recent memory that a high profile case of career fraud has made the headlines in Japan.  Perhaps the most scandalous affair, which features a charismatic character like a Japanese version of Matt Damon in the movie The Talented Mr. Ripley, involved a 52-year-old former television talent named Sean McArdle Kawakami, who was known as “Sean K” for short.  Like almost everything else about this contemptible character, even his name was fake.  A few years ago, Sean K’s real name was revealed to be Shinichiro Kawakami.

According to his official website, Kawakami was supposedly born in New York City to an Irish-American father and a Japanese mother.  He moved to Japan at the age of 11 and graduated from Temple University, and went on to study at Harvard and Pantheon Sorbonne, University of Paris.  Kawakami founded and became president of Bloodstone Management Initiative Limited, a New York-based consultancy specializing in international management consulting and private equity investments.

Kawakami first gained notoriety by flaunting his image as a wunderkind business leader.  He started to appear on a popular J-Wave radio program called “Make It 21” beginning in 2000.  This led to opportunities to be on television, including a stint as a host for the Daiwa Stock Report for more than a decade, beginning in 2001.

Approximately 15 years ago his persona began to unravel.

Investigators uncovered significant holes in Kawakami’s story, including the fact that he was, in fact, born in Kumamoto and had actually dropped out of Temple University.  Kawakami never attended Harvard or the Sorbonne. His supposedly stellar business career was never successful.  Kawakami even went so far as to have numerous plastic surgeries to alter his face to appear less Japanese.

It seems as though many Japanese people were really not all that surprised to learn the truth about this celebrity.  Simmons-no-Boyaki tweeted, “Are there any people in the entertainment world who haven’t misrepresented their educational background or career?”

It seems that a degree of deception, including plastic surgery, is par for the course in Japan’s geinokai of television talent.  The tweet above featured before and after photos of four well-known Japanese celebrities who have undergone plastic surgery.  Sean K is second from the left. The headline reads “Game to ID the Appearance of a Scammer!”

What it all means…

Especially in the age of “fake news” and the ability for new “talent” to emerge almost overnight via YouTube and other social media, not only employers but consumers and viewers of online content need to be on the lookout for the potential of job fraud.  The Latin adage caveat emptor or “let the buyer beware” has never been more relevant.

So, what can you do to keep from being swindled—especially while browsing the internet?  One potential solution is to judge all content with a healthy degree of skepticism.  Google actually teaches its global team of website raters to make assessments by questioning their underlying expertise, authoritativeness, trustworthiness, or the so-called “E-A-T” factor.  While a somewhat tedious process, it is possible to triangulate sources to ascertain the truth.  It’s a formalized “smell test” of the source of press releases, announcements, etc.

At the end of the day, however, everything comes down to a personal judgement call.

Coronavirus Spawning Winners and Losers in the Japanese Business World

Covid continues to wreak havoc on some industries while sparing others. What’s going on?
February 11, 2021

Japan Readies to Announce State of Emergency as Corona Surges

As Corona cases continue to surge across Japan, the government readies another state of emergency. The restrictions will encourage restaurants and bars…
January 7, 2021