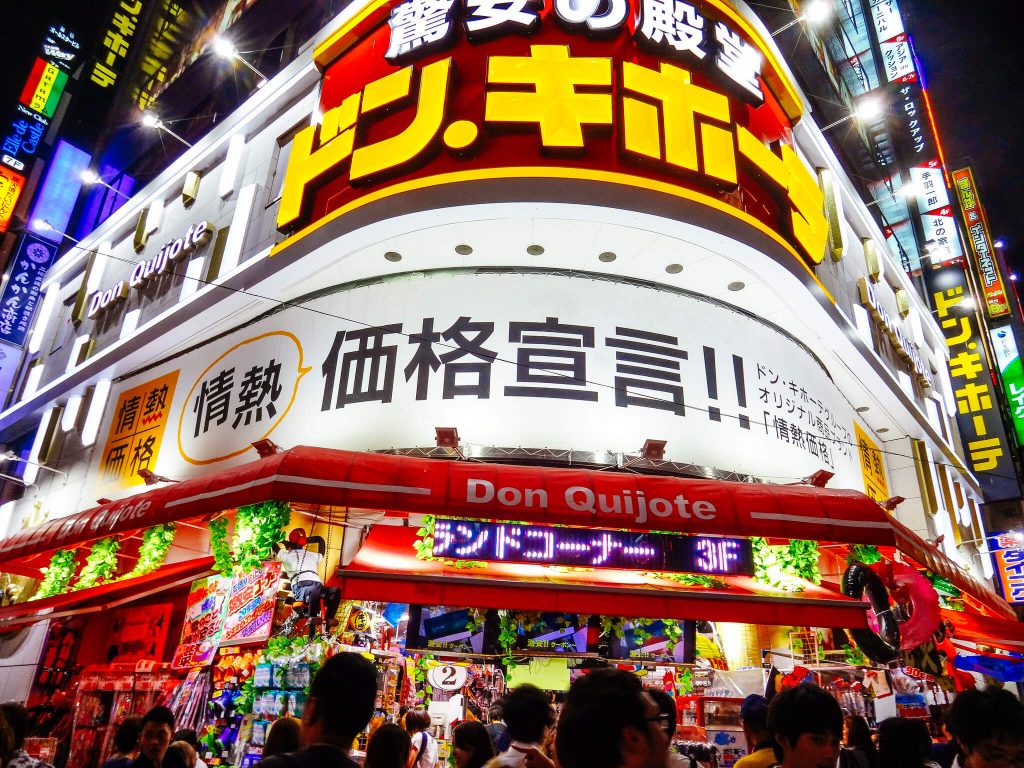 In a dramatic example of hands-on diplomacy, Japan’s Foreign Minister Yoshimasa Hayashi recently returned from a trip to Poland with 20 Ukrainian evacuees on board his plane. While the number of refugees affected by this gesture only represents a drop in the bucket compared to the estimated 10 million people displaced thus far by the war in Ukraine, it was a good example of leading from the front and, no doubt, helped to encourage many in the private sector to take actionable steps to help refugees from Ukraine.

While politicians are making bold moves to show their support, Japan Inc. has also been stepping up its support for displaced people from Ukraine.

We hope that the circle of support will expand.

The company states, “We hope that the circle of support will expand.”

Part of the humanitarian aid program, the program targets displaced persons who have been certified by the government. Pan-Pacific International Holdings is considering providing economic and livelihood support such as monetary grants and housing, as well as employment opportunities at group stores and job training.

And Don Quijote is not alone.

Ryohin Keikaku, which operates the brand MUJI, will support Ukrainian refugees in Japan who have been certified by the Japanese government. Specifically, in addition to providing daily necessities, the company will offer work opportunities at its stores and related facilities, as well as temporary housing for employees.

Especially because very few refugees actually manage to make it all the way to Japan, Japanese companies are also making large donations—both in cash and in kind—via international relief organizations.

Corporate Japan is backing up the Japanese government’s pledge to contribute to the global relief effort to help the millions of displaced people left inside Ukraine and those that have fled to neighboring countries.

Since March 15, Ryohin Keikaku has also been collecting donations on its official e-commerce site for humanitarian aid to displaced people in Ukraine who have fled to other countries. The company will match the amount collected and donate it to Japan Platform’s “Ukraine Humanitarian Crisis 2022.”

Fast Retailing, the parent company of the Uniqlo brand, has donated $10 million through the United Nations High Commissioner for Refugees to support displaced people in Ukraine.

Opposing the war is not a political movement. It is a human opinion.

AEON, a major supermarket company, has been collecting donations at its stores nationwide since March 8 to support Ukrainian children who have been forced to live as evacuees. The company presented the donations to the Japan Committee for UNICEF.

As of the end of March, the amount collected was about 291.96 million yen ($2.3 million), and the total amount presented was 600 million yen ($4.75 million), including donations made by the company.

Regarding the message “AEON is against the war” that went out during the fundraising campaign, AEON Chairman Motoya Okada (岡田元也) revealed that some people pointed out that it was not appropriate for a company to express a political opinion.

He clarified, “Opposing the war is not a political movement. It is a human opinion.”

Okada’s point was that his company has a moral imperative to assist the victims of this brutal war.

While cash is always welcome, Japanese retailers are also sending some of their own products to Ukraine.

The chairman of Fast Retailing, Tadashi Yanai (柳井正), who also happens to be one of the richest people in Japan, recently announced,

Our clothing industry is a peaceful industry. It is an industry that makes people’s lives richer, more enjoyable and comfortable. Our mission is to continuously provide people with comfortable, everyday clothing. Even in the current chaotic situation, each and every company and each and every individual should make the utmost effort to realize a peaceful society.

He went on to say that Uniqlo would provide 200,000 items of clothing. Numerous employee volunteers across Europe have begun delivering daily clothing directly to displaced people from Ukraine.

We are deeply concerned about the circumstances of those who have been affected by the war and will continue to provide the utmost support.

Unplanned corporate giving at this scale is impressive. The willingness of these high-profile businesses to step up and provide both financial donations and contributions in kind is, no doubt, much appreciated by the recipients of this much-needed aid.