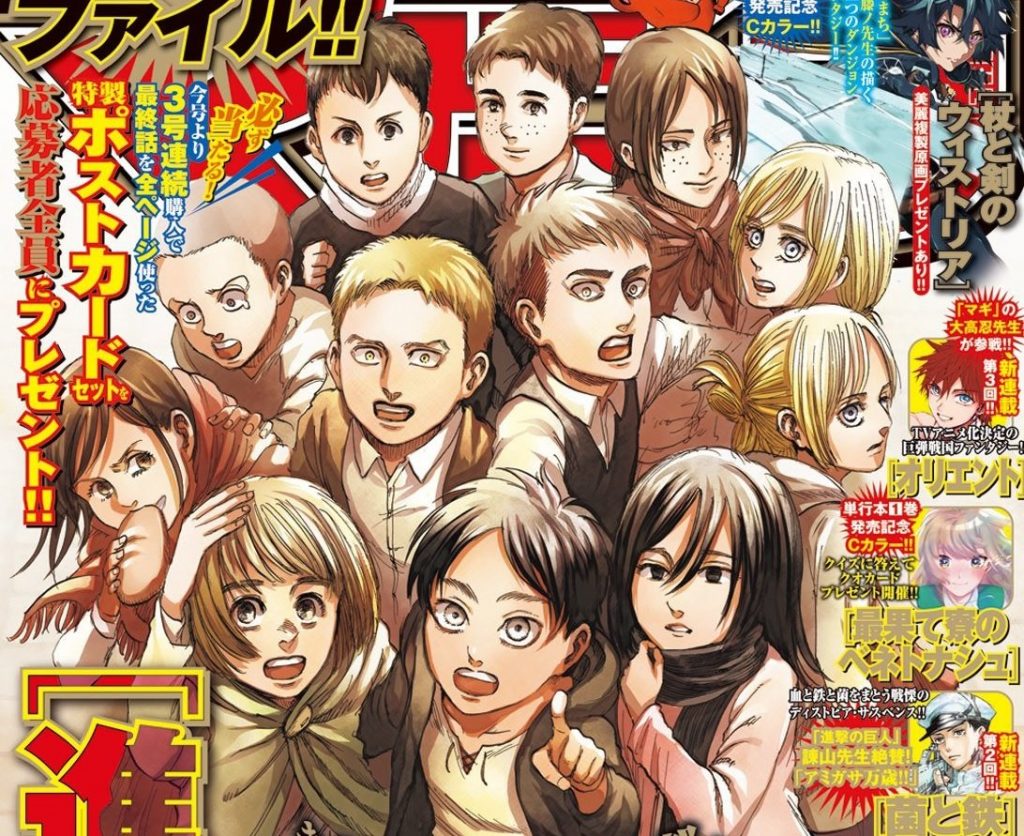 Two special edition versions of Attack on Titan’s final volume have been announced! Each will contain unique and never-before-seen content.

As Attack on Titan finally comes to a close, many fans are still reflecting on the ending of the series. However, it may be a bit too early to come to any solid conclusions on the ending of Attack on Titan. Volume 34, the last one, will contain several pieces of new content, including additional pages and two different special additions. In terms of extra pages, it is not uncommon for volume releases to include some additional pages in addition to redraws. These extra pages may provide a bit more clarity to the ending of the story.

However, the two special additions of volume 34, titled Beginning and Ending, are expected to have significant extra content. First, let’s cover what will be included in the Beginning special edition of volume 34 of Attack on Titan. Included with the volume will be two short stories of Attack on Titan before it was serialized. Creator Hajime Isayama originally submitted these two stories to Bessatsu Shonen Magazine in an attempt to get serialization for Attack on Titan. While these two stories would go on to win him his serialization, the contents have noticeable differences from the main series. These short stories featured his initial conception of Attack on Titan before the story was later redesigned.

Attack on Titan Ends After an 11-Year Serialization

Initially beginning serialization in “Bessatsu Shonen Magazine” back in September 2009, Attack on Titan follows the story of three young adults, Erin, Mikasa, and Armin. These three find themselves living in a fragile society located behind massive walls. Here, fear of Titans, giant man-eating monsters, breaking in is always constant. Urged on by Erin’s strong conviction to kill all the Titans following his mother’s death before his own eyes, the three join the Survey Corps, a special unit tasked with exploring the outside world and facing the Titans that lurk outside. The series has gone on to evolve into a complex narrative with several overarching themes that delve deeper than just scary giant monsters, including criticism of war and the price of freedom.

It is thanks to this thematic evolution and engaging story that Attack on Titan has risen to be one of the most well-known and praised manga of the decade. As of December 2019, the manga has over 100 million copies sold worldwide. It has won numerous manga awards, including first place in the Otoko version of “This Manga is Amazing! 2011.” In 2015, it was made into a live-action movie in Japan (which was split into 2 parts). There are also rumors of a Hollywood live-action adaptation of the series in the works.