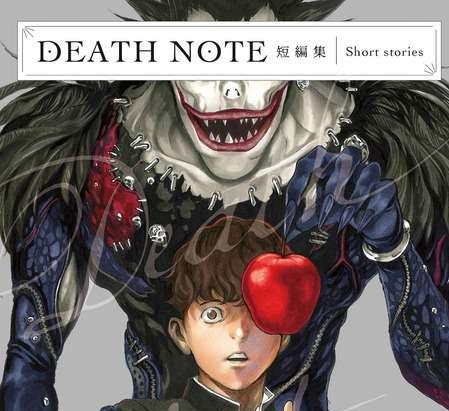 After 14 and a half years since its last publication, a new Death Note manga is being released. DEATH NOTE Short Stories will go on sale from February 4, 2021.

After 14 years since its last official publication, the Death Note manga is set to return in a new original story by author Tsugumi Ohba and illustrator Takeshi Obata. The original story revolved around genius high school student Light Yagami and the events that unfolded when he obtained a Death Note, a supernatural item that kills anyone whose name is written down. While the same Death Note and its accompanying Shinigami, Ryuk, are set to return in this new manga, the notebook will fall into news hands this time around.

The new manga, titled DEATH NOTE Short Stories, will be a compilation of several different short stories that all take place in the years following the events of the original manga. One story included is a special one-shot manga that was released in March of last year. This story will see Ryuk’s Death Note come into the possession of Minoru Tanaka, a middle school student who held the highest test scores in Japan for 3 years straight.

Other works to be included in the short stories are 2 one-shot manga released back in 2008 that center around the life of the detective L. Both one-shots were included L: FILE No. 15, a special book that was released with the Japanese live-action Death Note movie, L: Change the WorLd.

New Series from the Creators of Death Note, Platinum End, to Receive Anime

If the excitement for new Death Note content is not enough, creators Tsugumi Ohba and Takeshi Obata’s newest series, Platinum End, is set to receive an anime adaptation this fall. The series works almost like a strange antithesis to Death Note, where instead of Gods of Death, Angles from heaven become involved in human affairs in order to select the next God. The series quickly turns into a high-stakes battle of morals and mind games that is sure to be enjoyed by Death Note fans.

For more updates on the Platinum End anime, see the official pages below:

Japan just experienced the “Super Bowl” of TV ratings wars on New Year’s Eve. Now the official results are in. While NHK’s…
January 7, 2021

Big Hit Entertainment Japan has announced a new global debut project that will create an idol group out of Japan.
January 6, 2021