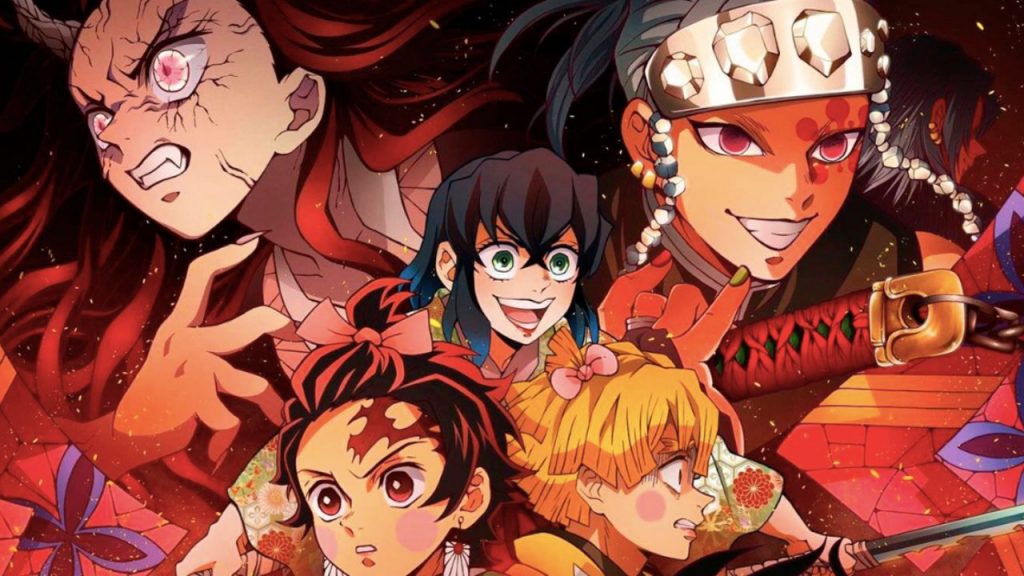 Demon Slayer trends across Twitter! Season 2 has finally begun and fans are pumped! See when and where to watch and fan reactions.

When and Where to Check out Demon Slayer: Yukakuhen

Anime fans, wait no more.  Demon Slayer: Yukakuhen, season 2 of Koyoharu Gotouge’s now world-famous anime series is finally here.  The long-awaited continuation of the series kicked off its run with a one-hour special at 11:15 pm, on December 5th on television in Japan.  Within just  20 minutes, “Demon Slayer” was at the number one spot on Twitter’s trending page.

Fans and even those involved in creating Demon Slayer were quick to bombard Twitter and other social media sites with countless posts about the highly anticipated return of the series. Within minutes the number of Tweets in Japan soared in the hundreds of thousands.

Demon Slayer: Yukakuhen picked up where the movie adaptation Demon Slayer: Mugen Train, the highest-grossing anime film of all time, and the highest-grossing film of 2020, left off.  The story began with the demons now living with Tengen Uzui, one of the most skilled sword fighters in the Demon Slayer Corps.  Episodes of the series will air every Sunday at 11:15 pm on Fuji TV’s channel, with episode 2 set to air on the 12th.

How Have Fans Been Reacting to Demon Slayer Season 2?

Even the Leading Voice Actors are Hyped!

Adding to the hype and helping Demon Slayer trend in Japan was the voice of the main character himself. As soon as the first episode aired, fans took to Twitter to express themselves after the long wait.  Natsuki Hanae, who voices the main character Tanjiro Kamado, helped start the trend on Twitter with 7 tweets on the 5th.  To hype up the anticipated release of season 2, he let fans know that there was only “half an hour left!” and that his heart was pounding, following up with a message to his fans: “let’s all get hyped!” Many of Hanae’s tweets saw tens, and sometimes hundreds of thousands of likes, retweets, and comments.

Hanae also tweeted about how he could hear his voice on every commercial that ran leading up to the first episode of Yukakuhen followed with a “LOL.”

Later, Hanae expressed in comments that “the show started with a difficult scene for me and my character, I was already crying before it began!” Hanae continued with, “the animation quality is too good! The sequel is amazing!”

Following the instructions from Hanae, fans who couldn’t help but “go crazy” were rapidly posting on Twitter throughout the first episode and well after it ended. These were the fans responsible for making Demon Slayer hit the number spot in the trending topics on Twitter in Japan.

Right off the bat, fans were posting about the title sequence, with @Aimer_and_staff saying “the opening sequence is just too cool!” and @tagoal saying “it’s so flashy! LOL.”

Adding on, @meronfloat_ayk cleverly noticed that at the end of the “intro,” when the actual title appears, season 2 features Tanjiro Kamado and Tengen Uzui facing the same direction, while in season 1, Kamado and Kyojuro Rengoku faced opposite directions.

On the other hand, some fans couldn’t help but cry upon noticing little details in terms of character development since season 1.  @87Ghamaji said they “can’t help but cry after seeing the way Inosuke Hashibira eats.”  It seems that Hashibira now uses chopsticks!

Fans were also quick to comment on the new characters that were introduced.  Namely, it was his three wives, Makio, Suma, and Hinatsuru that had people commenting as soon as the one-hour debut special aired, as @gatariblue posted pictures of Tengen and his wives saying “even in the title sequence, the way they introduce the brides is super flashy!”

Speaking of the new characters, Demon Slayer’s official Twitter account posted about some of the new cast, or voice actors.  Makio is voiced by Shizuka Ishigami, while Suma is voiced by Nao Toyama, and Hinatsuru is voiced by Atsumi Tanezaki.  The tweet also features a link to a YouTube video introducing the three characters.

Finally, Hanae himself thanked fans stating that “episode 1 was the best!  Stay tuned and thank you all for your support!” all fitted with crying and bowing emojis.

Well, what did you think of episode 1?  Was it worth the wait and all the hype?  What kind of things are you looking forward to in Demon Slayer: Yukakuhen? Let us know!