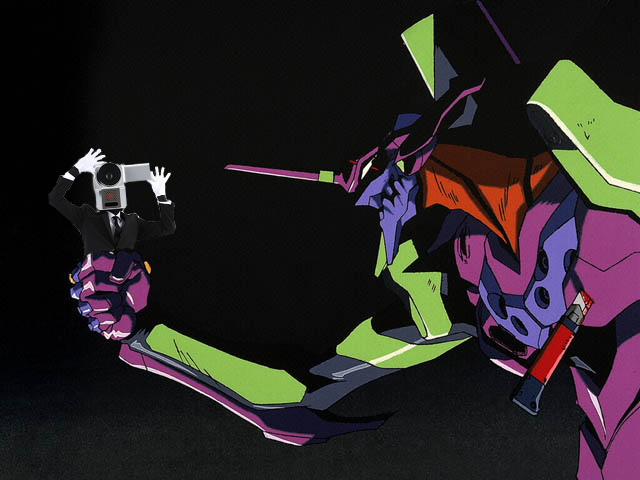 Fans may be rejoicing that the conclusion to the Evangelion Rebuild series is finally out, but the studio behind it is making their zero-tolerance policy on pirating very clear.

After nine long years of waiting, the fourth and final installment of the Neon Genesis Evangelion movie remakes has been released. Evangelion: 3.0+1.0 Thrice Upon a Time will conclude the “Rebuild” of Evangelion film series that originally started back in September of 2014. The hype around this movie has been building up over the years. While initially scheduled for release in 2015, the film was met with delays when director Hideaki Anno was asked to direct Shin Godzilla.

This long waiting time has allowed for tons of marketing for the film. Among the various ad campaigns, some of the stranger commercials have managed to stand out in a hilarious way, including one that features the character Gendo Ikari and his voice actor using words like “Shave Impact” to describe the quality of a razor.

The film has already opened to great success, earning over $7 million on its first day, and beating out its predecessor by over 23%. Evangelion: 3.0+1.0 Thrice Upon a Time went on to make over $30 million in its first week.

While the movie is seeing success, illegal online leaks are also steadily increasing. The animation studio behind the remakes, Studio Khara, issued a statement on March 13th on their official site regarding pirating the highly anticipated movie. Reported leaks of the film on the internet have led the company to remind would-be pirates of the punishment for illegally filming in theaters. According to the post, “copyright infringement is a violation of the Movie Theft Prevention Act and the Copyright Act and may result in imprisonment of up to 10 years or a fine of up to 10 million yen, or both. The company will take strict action against this kind of behavior.”

The post continued on by saying any footage uploaded to places such as YouTube, Facebook, Twitter, or otherwise is liable for them to take legal action. One such case has already been reported to the authorities for an instance of hidden photography back in 2018. The company’s official Twitter page said, “All information is being preserved and appropriate action is being taken. Spy photography is a criminal offense. The uploader can be identified even anonymously.”

In Japanese theaters, before a movie begins, you can typically catch a short and entertaining short depicting the “No More” campaign against illegal recording, uploading, or viewing. The short always features a sneaky character with a camera for a head who is always apprehended after pirating a movie. They also typically throw in some flashy dance moves for a little extra flare.