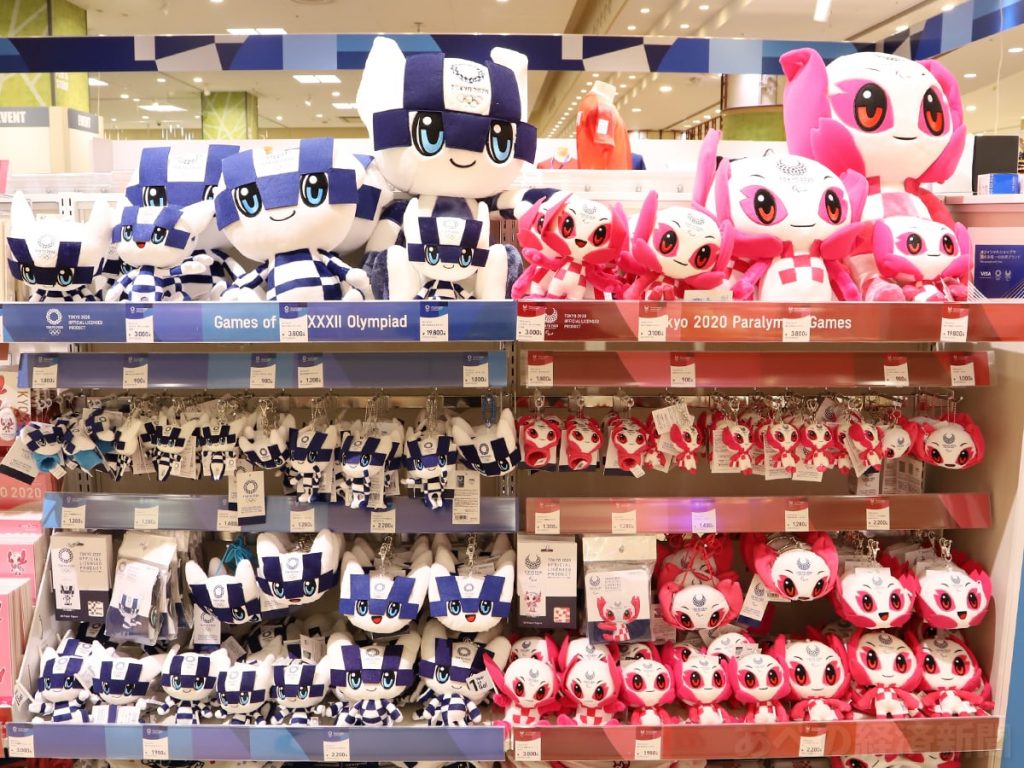 Recent decision to bar almost all ticket holders will result in the unintended consequence of millions of dollars worth of unsold surplus merchandise.

After winning a lottery more than two years ago for the right to purchase tickets to see beach volleyball, my family had been bracing for what we knew would, most likely, be the final death knell to our plans to attend the Olympics in person. Having weathered last year’s decision to postpone Tokyo 2020 due to the global pandemic, the announcement earlier this year that all non-resident ticket holders would be barred, and more recently, the previous week’s reduction of the number of valid tickets, for a while it seemed like we still might be in luck. Last Saturday, however, we finally received the official announcement via e-mail from the organizing committee of Tokyo 2020, which clearly noted,

The decision was made at the Five-Party meeting held on 8 July that no spectators will be allowed into venues located in Tokyo, Kanagawa, Chiba and Saitama during the Olympic Games…Tickets for the sessions being held without spectators or invalidated as a result of the lottery will be refunded.

While it is good to know that we will be getting our money back, this outcome really was no surprise at the end of the day. Given the circumstances, the potential for a super-spreader event to end all super-spreader events was just too great. Holding the Olympics at all this year still seems like a risky endeavor.

While there will certainly still be plenty of online sales without enthusiastic fans on-site ready to reach for their wallets to commemorate their attendance at the Olympics, just what is going to happen to all that Olympic swag still for sale?

Likely, billions of yen (millions of dollars) worth of promotional merchandise are going to end up in the dumpster. One of the licensed vendors recently commented,

We have prepared tens of thousands of goods, and if even one-third of the initial target is sold, we will be very happy. However, with no overseas tourists expected and so many people in Japan opposed to the Olympics, it will be difficult to sell even a third of the goods. I can’t reveal detailed figures, but I’m prepared for a large amount of unsold items to become garbage, and I’m certain that there will be a considerable deficit.

There were plenty of early warning signs of this likely conclusion.

The 90 manufacturers who have signed licensing agreements with the Tokyo Organizing Committee for the Olympics and Paralympics to produce official goods have, apparently, been under a gag order since last spring to keep silent about their anemic sales leading up to the games.

The dismal sales forecast is going to hurt their bottom line considerably.  The manufacturers pay the Olympic Organizing Committee 5 to 7 percent of the retail price as royalty (rights royalty).  However, the royalty is based on the number of goods manufactured, not the actual number sold.  In addition, 2 percent of the retail price is paid as expenses to support sales promotion.

Even with an extra year to sell the official promotional items, why have sales been so slow?

Blame It on Japan’s Culture of Shame

Under normal circumstances, you would be expected to show your pride by purchasing commemorative items for the Olympics.  The 1964 Olympics were, in particular, Japan’s way to announce to the world that they had recovered from World War II, and souvenirs from this seminal event are treasured as valued collector’s items today.  The 2020 Games were supposed to signify how Japan had recovered from the Triple Disaster of March 11, 2011, when the northeastern part of the main island of the country experienced a massive 9.0 magnitude earthquake, a subsequent tsunami that killed 20,000 people, and the unforeseen nuclear melt-down in Fukushima.  Thus, one would expect brisk sales of Olympic merchandise.

It seems, however, that Japan’s traditional culture of shame is at work to thwart sales momentum.  A person unwilling to provide their name who recently bought a hat at one of the official stores explained their ambivalence about this recent purchase,

…I don’t think I’ll wear it on the train or in public places. With such strong opposition, it’s hard for me to openly say that I’m supporting the Olympics, and I wonder what medical professionals would think if they saw it.

Another visitor at the store, a woman in her 30s with an elementary school-age son in tow, mentioned,

If the prime minister and Ms. Koike (the governor of Tokyo) would bow down and say, ‘Please let us hold the Olympics,’ some people might be inclined to support it, but it seems like they are ignoring all the voices and going ahead on their own…Many of my mothers’ friends around me are also against it, so I’m going to think again about what I’m going to buy or not buy.

This sentiment is understandable because, at this point, surveys indicate that approximately 1/3 of the country still think that it would have been better to call off the Olympics.  Thus, simply wearing a small pin supporting the Games invites ridicule and the potential for ostracism.  In such an environment, official merchandise does not have a chance.

Potential Aftermarket at a Deep Discount

The manufacturers are earnestly hoping that sales will pick up at least a little once the Olympics start.  An official from another manufacturer explained that they are not allowed to advertise freely under the license agreement, but he expressed hope,

Even though it is inevitable that the products will be discarded, we really want to reduce the amount as much as possible. I hope the Organizing Committee will be flexible enough to allow us to freely advertise our products after the Olympics, or allow us to sell them at a large discount.

Don’t hold your breath.  Remember, the IOC already earned their royalty at the time of manufacture.

That said, the re-sellers need some relief.  Perhaps we may see huge quantities of previously dead stock sold via online auction sites like Mercari.

At the very least, there has been no decision about whether fans will be able to attend events during the Paralympics, scheduled to take place between August 24 and September 5. This small window could be another opportunity for resellers to make sales of official Olympic goods. Given the state of the vaccine roll-out in Japan, that is, though, still probably not enough time to move forward with allowing ticket holders to attend live events in person. It is, therefore, highly likely that fans will be barred from the Paralympics, too.

Par for the Course?

There is no doubt that Japan has, in particular, been challenged with the nearly impossible task of holding the Olympics and Paralympics in the midst of a global pandemic. While it can certainly be argued that the management of these events has thus far been spotty at best, there seems to be something about every game that involves waste on an Olympian scale.

The huge stadia built for past Olympics in Brazil and China are, apparently, now sitting unused. In Japan’s case, the tangible symbol of waste may end up being the huge quantities of unsold memorabilia from Tokyo 2020. It certainly begs the question about the sustainability of the Olympics and whether the Games have become too commercialized. Perhaps we would all be better off focusing on the friendly competition among the athletes and the beauty of watching sport at its highest level.