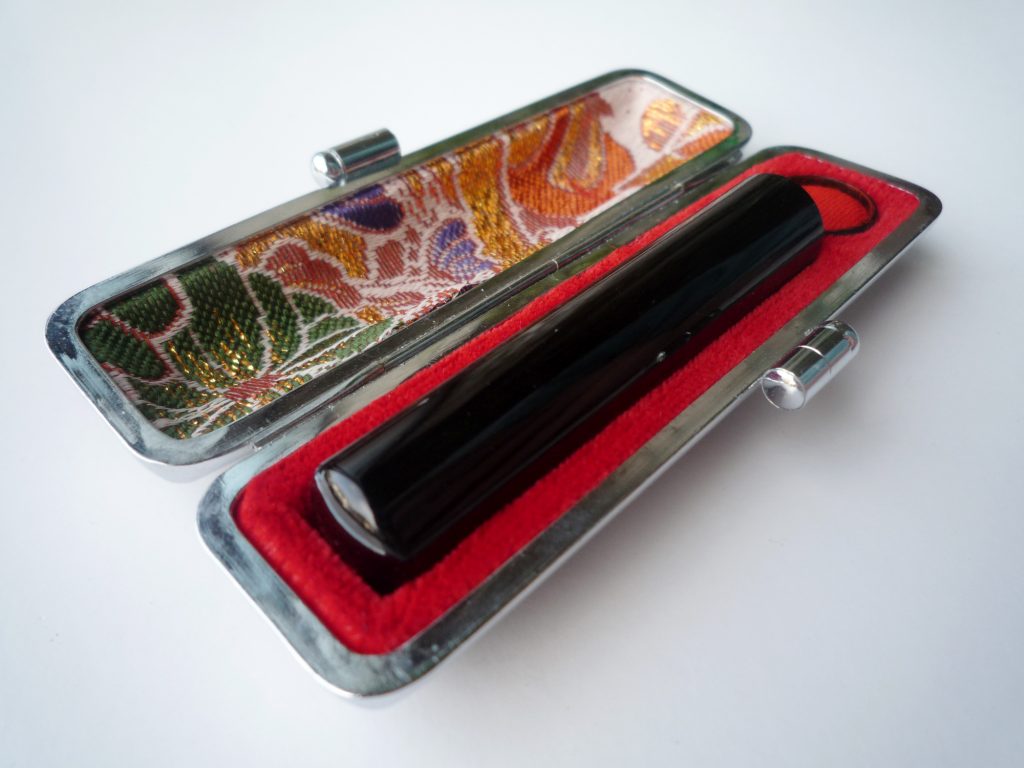 Hanko: The Japanese Stamp That Prevents Workers From Staying Home

Hanko is a Japanese seal that’s used daily in business. But when hanko responsibilities affect teleworking and people’s safety, it becomes a serious issue.

What is a Hanko?

A hanko is a stamp or seal with a character engraved into the bottom of it that is used in Japanese society. It is dipped in red ink often represents a signature for important documents. A hanko can come in many different forms such as plastic or wooden bodies. Some are even metal with a changeable date function that pairs with the character. Within Japanese companies, documents get passed around to receive a hanko mark from several people before being turned in.

An individual’s hanko will have his or her family kanji on the end, identifying who they are. The list of needed hankos usually goes up in position with the very last hanko being the highest-ranking person in the group. When considering that Japan primarily files documents via physical paper and that each document needs to be stamped by up to six or more people sometimes, the amount of use a single hanko could have in a day is extraordinary.

The Importance of Hanko use

The continued use of hankos is seen as an essential task in preserving Japanese culture by some. It is not only a unique Japanese stamp but an art form and craft that must not be allowed to die out. No official document gets turned in without the hanko seal, and many documents cannot be processed with a signature alone. A hank seal is necessary.

This topic of preservation can become controversial when ideas like digital hankos are brought up. The fear that using a digitalized hanko would put all the hanko shops, they are mostly made in specialty shops, out of business has led to strong opposition to bringing the hanko to the modern age. Strangely enough, the creator and one of the most prominent lobbyists for the pro-hanko movement is Japan’s own IT minister, the very man in charge of technologizing the country. However, due to recent circumstances, even he has admitted to the eventual need for digitalization.

The Problem of the Hanko System

This traditional system of using physical hanko to approve documents is being tested to the utmost limit due to the spreading corona virus epidemic. As Japan’s government increasingly urges businesses to move to teleworking from home, business people are being forced to come to work simply because of the Hanko system. According to them and their company, whether telework is an option or not, they are needed to physically hanko documents. However, the fact that digital hanko already exist and are used by many companies for certain online documents raises questions. Is the thought of burdening one`s fellow coworkers by not being able to put stamp to ink to paper truly too much to bear? Does requiring the hanko of several higher-ups in ascending order make it easier to justify a public commute?

Whatever the case may be, the fact that digital hanko exists and can be printed onto files raises undeniable doubts about the need for direct stamping. The implantation of digital hanko into company policy could save lives as corona continues to spread. The real question posed here is whether business people, even during a state of emergency, truly feel that they cannot forgo stamping documents, or whether the relentless work ethic of employees in Japan pushes them to find an excuse to continue working.
Tweet
Share