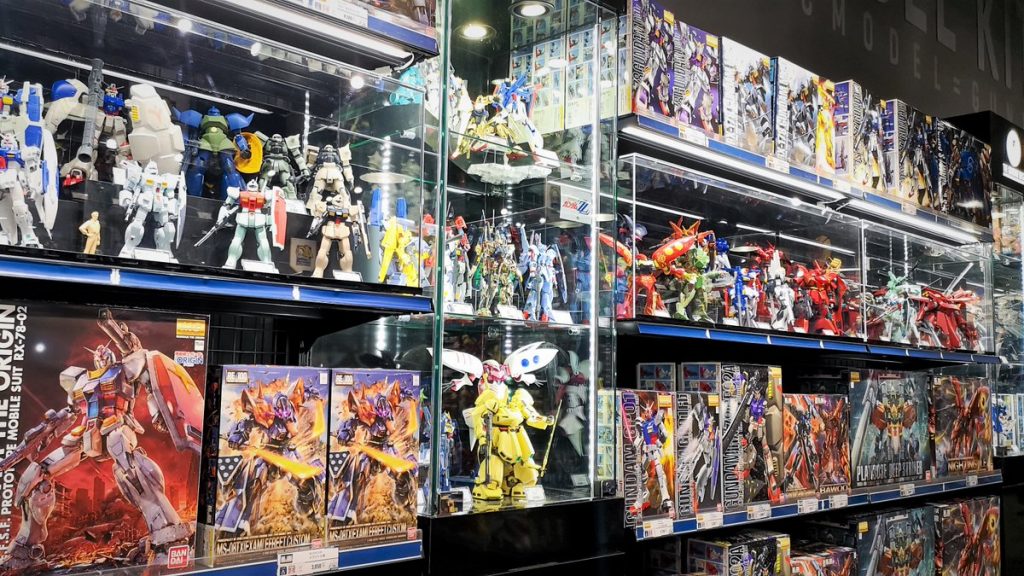 An editor at Hobby Magazine Japan was recently fired following a Twitter rant that defended the scalping and reselling of anime figures.

What is Hobby Japan and What are Anime Figures?

Anime has grown to be loved by fans worldwide ever since Astro Boy first aired on TV in Japan back in 1963.  Now, the global anime industry is worth over 2 trillion yen, or USD 19 billion.

While you may think of just movies and TV shows, the anime industry generated revenue through the sales of character-related products.  One of the most popular things that anime fans buy are figurines of their favorite characters.

One of the oldest and most popular anime outlets in Japan is Hobby Japan Incorporated.  Hobby Japan was founded in 1969 and is known for its anime-related magazines, including the famous Hobby Japan Magazine, books, novels, video games, and collectible character goods like key chains or figurines.

Hobby Japan Magazine often focuses on its Gunpla figures and other figurines or products in its monthly issues.  Gunpla refers to plastic model figurines of Gundam characters.  The magazines showcase up-close and detailed looks at the new figures and show line-ups of the newly released figures.

As anime-themed character figurines are collectible items that are often only available for a limited amount of time, some can especially be very rare.  This occurs because anime shows or movies are only on-air or in theaters for a limited time.

Like any rare and sought-after collectible, these anime figures, particularly limited edition ones, are often bought by people who later resell them at a higher price.  This process is known as scalping.

Scalpers buy collectible items like anime figurines in bulk to the point of which the figures become incredibly scarce and unavailable on the market.  Once they have bought up almost all of the stock, they will then resell the figures at a much higher price to collectors and anime fans.

Scalping is understandably looked down upon and banned by manufacturers. However, as there are no formal legal ramifications, scalpers continue to buy and resell figures.  As you can imagine, Hobby Japan products and figures are not safe from scalpers and are often bought in bulk.

Hobby Japan has been in the spotlight of Japanese Twitter users recently because of an employee who took to Twitter to post four consecutive Tweets that defended scalpers while also mocking collectors by saying, “those who couldn’t get the figures they wanted in time weren’t putting in enough effort to purchase them before the scalpers. ”

Hobby Japan issued a formal statement on their website and Twitter outlining that the former member of the editing team of the magazine, @itod110 on Twitter, was fired following the Tweets.  In the same statement, Hobby Japan also noted that they had demoted three other editors, including the managing director, editor-in-chief, and deputy-editor-in-chief.

Here is the official statement from Hobby Japan.

Further, the former editor who was fired took to Twitter to apologize for what happened and included a screenshot of the original rant posts.  Check out the apology below.

From the screenshot posted by the former editor, the original rant revolves around the former employees’ understanding of scalping, who sees it as not being a big deal as the scale of which it occurs in the eyes of the former editor was not enormous.

Going on, the final tweet in the rant focused on the collectors themselves as the former editor brushed them off as people who should have tried harder or put more effort into trying to buy the figurines faster themselves or put up the money that the resellers requested since they tried harder than those who didn’t get the figures in time.

How Do Japanese People Feel?

Twitter users in Japan also weigh in on the situation.  Ab on Twitter posted the screenshot of Hobby Japan’s statement and the screenshot of the original rant.  Ab feels that the actions were strict but correct before stating that the consequences of a simple tweet can sometimes be very real.

Others are more critical of @itod110’s attitude towards scalpers and are not holding back on the former editor.

Ayanami626 questioned how people could defend resellers who only seek profits and if it is to state that people who couldn’t get the figures were “people who didn’t try hard enough.”  The post ends with Ayanami saying that manufacturers don’t make products for resellers.

Ash198476 is appalled at how hobbyists and collectors cannot get the figures they want because of resellers buying them first.  Similar to Ayanami, the post also mentions that going on to say that those who really wanted them didn’t try even though they did is not okay.

What do you think about scalping and reselling?  Should there be rules against how many products one person can buy?  Or is dealing with scalpers and resellers just a part of being a collector?  Let us know what you think!