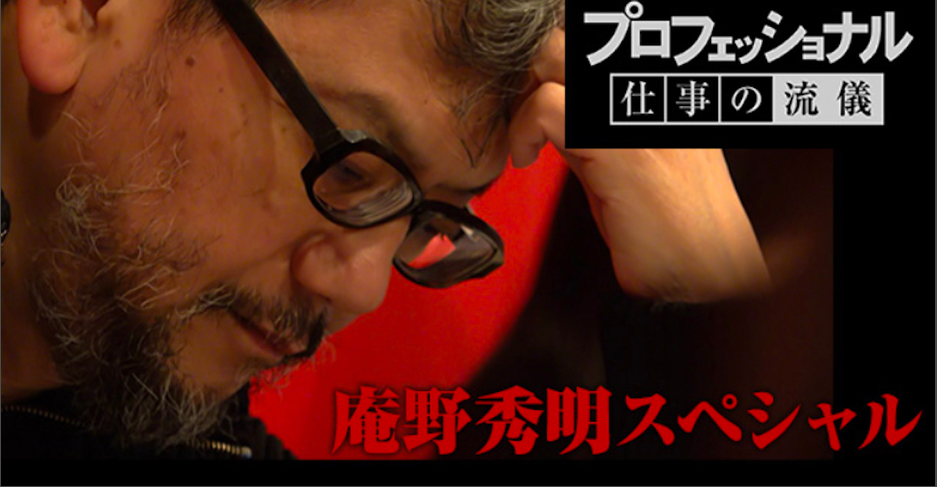 A recent documentary follows Evangelion director Hideaki Anno for four years as they capture his unique process on filming his last Eva movie.

On March 22, the NHK program “Professional Work Style” aired a special documentary on director Hideaki Anno titled “Hideaki Anno: A Record of 1214 Days.” The documentary followed the creative process behind the most recent Evangelion Rebuild movie, Evangelion: 3.0+1.0 Thrice Upon a Time, but more specifically, it provided an up-close and personal look into the mysterious and eccentric life of the legendary director.

The documentary began shooting back in September of 2017 and allowed viewers to see Anno’s unique take on the creative process. Despite his long resume of titles such as the previous Eva movies, Shin Godzilla, and Love & Pop, his style of creation is unusually loose. At first, the staff interviewing and filming him were perplexed by his comments such as, “I don’t know” and “I can’t think of anything,” which he said while wearing an inexplicable smile. However, the staff soon came to realize that Hideaki Anno’s goal for this film was not to create a film by the typical standards but to change how an anime film can be made.

At one point, Anno turns to the camera and states,

I want to keep the blueprints to a minimum…I don’t want to create a blueprint in my head.

Despite a blueprint, aka the storyboards for the plot and key animations, being essential for most animated films, the director stated that he would not be creating these. Later on, Anno further clarifies what he means by this, saying,

If you start with a storyboard, you won’t be able to come up with anything beyond what you have in mind…There is nothing interesting if you make it according to your own image.

It seems that to director Anno, constricting the movie within one’s own limits of imagination dampers the creative process. As some artists may say, sometimes the painting paints itself, and for Anno, he goes about this process by obsessing over angles.

What Inspires Hideaki Anno When Directing

Hideaki Anno’s protege and fellow director, Kazuya Tsurumaki, discussed his mentor’s methods to find inspiration in an interview for the new Evangelion movie. Kazuya, who is known for his works, such as Fooly Cooly, believes that Anno’s desire to disregard the storyboard process and find a new way to create a film came about after he finished directing Shin Godzilla in 2016. Instead of piling together the countless storyboards and piecing together a story, Anno wanted to film scenes from many different angles and create around what looks best in a manner similar to a special effects movie. Of course, when making an animated movie, creating even one scene can take countless hours of time and effort. Without a storyboard to solidify ideas, it is hard to imagine such a process being possible for an animated film. However, as the documentary continues, viewers are soon shown an odd scene of numerous actors in full-body tights acting while being filmed from multiple angles. It is through this motion-capture filming process that Anno was able to feel out his next step by reviewing the different shot angles. Not only do these scenes help to give a more natural look to the animations, but according to Anno,

If I bring the camera here, I’ll get this interesting image. If the angles and editing are good, animation can be done even when it’s not moving.

One Man’s Steadfast Dedication to His Craft

The documentary also explores Hideaki Anno’s dedication to his craft over all else. At one point in the film’s production, he realizes that his script is not as good as he thought it was and abruptly announces to his staff that he will be leaving to rewrite part A of the film. During this time, Anno completely disappeared for a few months to rewrite the script. He states throughout the documentary the value his work means to him,

When I weigh up my life and the work, the work comes out on top,…I don’t care if I die, I want to improve the work.

This all-or-nothing style of how he view’s his work can be traced back to his early days of the Neon Genesis Evangelion anime series. According to his wife, after the series ended, he fell ill from overworking and receiving a large amount of criticism for how the series ended. With Anno being essentially the “heart” of the Eva franchise, this is in part what encouraged him to begin the Eva Rebuild series, but he was once again worked to his utmost limits and “broken” after the first three films. Despite this, he remained determined to finish the series with one final movie and promised to complete the film once he had started working on it.

Now that the last film is completed and the Evangelion series can be finally finished, you may expect the series creator to take a well-deserved rest. And yet, the end of Evangelion does not spell the end of Hideaki Anno’s career. He is already busy working on his next project, Shin Ultraman, which is expected to hit theaters sometime later this year. Evangelion has had a long and interesting history over the course of over 25 years, but watching this documentary shows that Eva’s ability to continuously improve and evolve into something that remains fresh and new even today is in no small part thanks to the passion of its director Hideaki Anno.