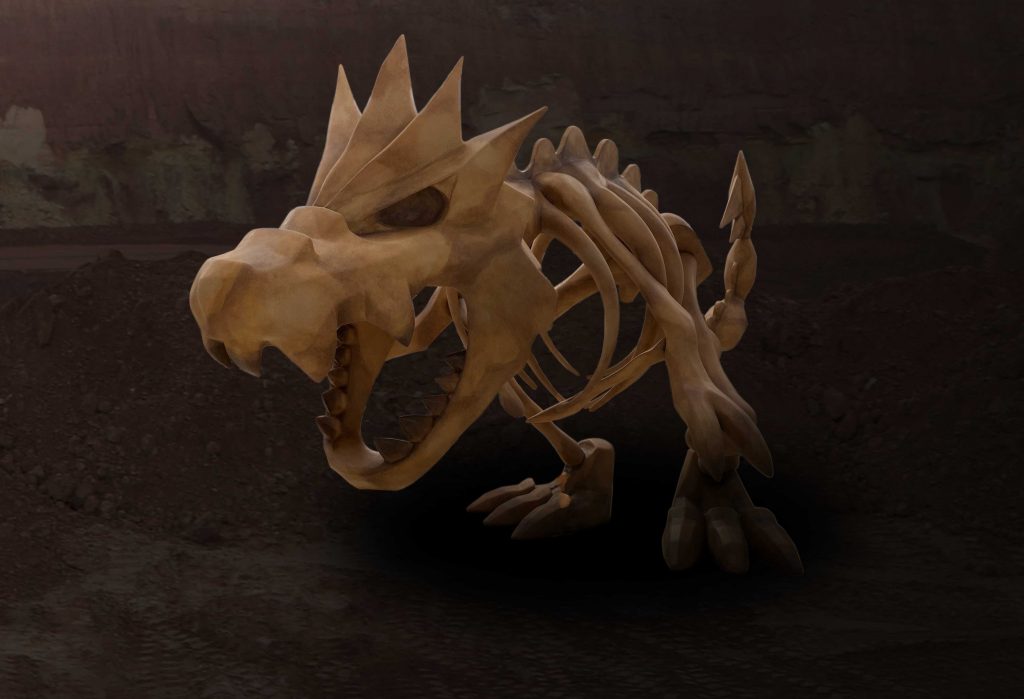 Japan to open the first Pokemon fossil museum! Check out your favorite Pokemon in fossil form alongside their prehistoric relatives!

Interested in learning about paleontology or archeology?  How about dinosaurs and prehistoric life?  No?  Well, what about Pokemon?

The world’s first “Pokemon Fossil” exhibit is set to open in Japan later this summer. At the traveling Pokemon Fossil Museum (ポケモン化石博物館), visitors will get to see classic Pokemon in fossil form alongside actual fossils of similar dinosaurs and prehistoric creatures that acted as the inspiration behind them.

The Pokemon Fossil Museum is a traveling exhibition set to first open at the Mikasa City Museum in Hokkaido on July 4th until September 20th, then onto the Shimane Prefectural Nature Museum in the fall and then to the National Museum of Nature and Science in Tokyo in the spring of 2022, and finally the Toyohashi Museum of Natural History in Aichi Prefecture in the summer of 2022.  More stops are likely to be added in the near future.

The exhibit offers a chance for Pokemon fans and children to learn more about paleontology, the study of ancient life, by combining the world of Pokemon with the world of science.  Visitors will be able to compare and contrast the fossils of Pokemon alongside actual fossils of prehistoric creatures.

This way, it is speculated that more children will gain interest in paleontology as the various museum’s permanent exhibits already house many magnificent fossils of ancient life.  By comparing the fossils of Pokemon with real fossils, children will be able to image a time when “real-life” Pokemon once roamed the earth.

Inside the Pokemon Fossil Museum

At the exhibits, the full-scale model skeletal remains of “Kaseki Pokemon” or fossil Pokemon will be on display alongside their “relative” real-world ancestors fossil remains.  For example, the rock-type Pokemon known as the Tyrantrum in English and as Gachigolas in Japanese will have its skeletal fossil displayed compared to the skeletal fossils of T-rexes (Tyrannosaurus Rex).

The full-scale Pokemon fossil models are produced by Game Freak, the video game developer that created the Pokemon video games published by Nintendo.  The fossils were designed with help from paleontologists to depict skeletal systems quite accurately.  There will also be detailed sketches and paleontological notes on the various types of fossil Pokemon.  These sketches and notes will mimic those of real paleontological research.

Visitors will be introduced to “Excavation Pikachu,” who acts as the exhibit’s mascot and “guide.”  At the first stop at the Mikasa City Museum in Hokkaido, visitors will first lay their eyes on the giant ammonite from the museum’s permanent collection along with the ammonite-like water-type Pokemon known as the Omanyte.

Further, visitors will be able to use the popular smartphone gaming application “Pokemon Go” at the exhibits to receive special in-game items and catch Pokemon at the museums.

Combining the Pokemon Universe with the World of Paleontology

While the exhibit is focused on Pokemon, its aim is not to simply attract more visitors to the museum.  The creators of the exhibit worked with museum curators and paleontologists to ensure that the exhibit will be educational as it is intended as a means of spurring interest in paleontology.

Archen fossils were designed to share skeletal characteristics with prehistoric birds that evolved from meat-eating dinosaurs.  This way, Pokemon fans will learn about the evolutionary process that saw birds evolve from dinosaurs as the similarities between the Archen, prehistoric bird, and dinosaur fossils can be viewed and compared.

If you are in Japan, visit the Pokemon Fossil Museum when the exhibit is near where you live!  If not, you will still likely be able to join in on the fun in 2022 or later when the current travel restrictions are lifted!  Gotta catch ‘em all!