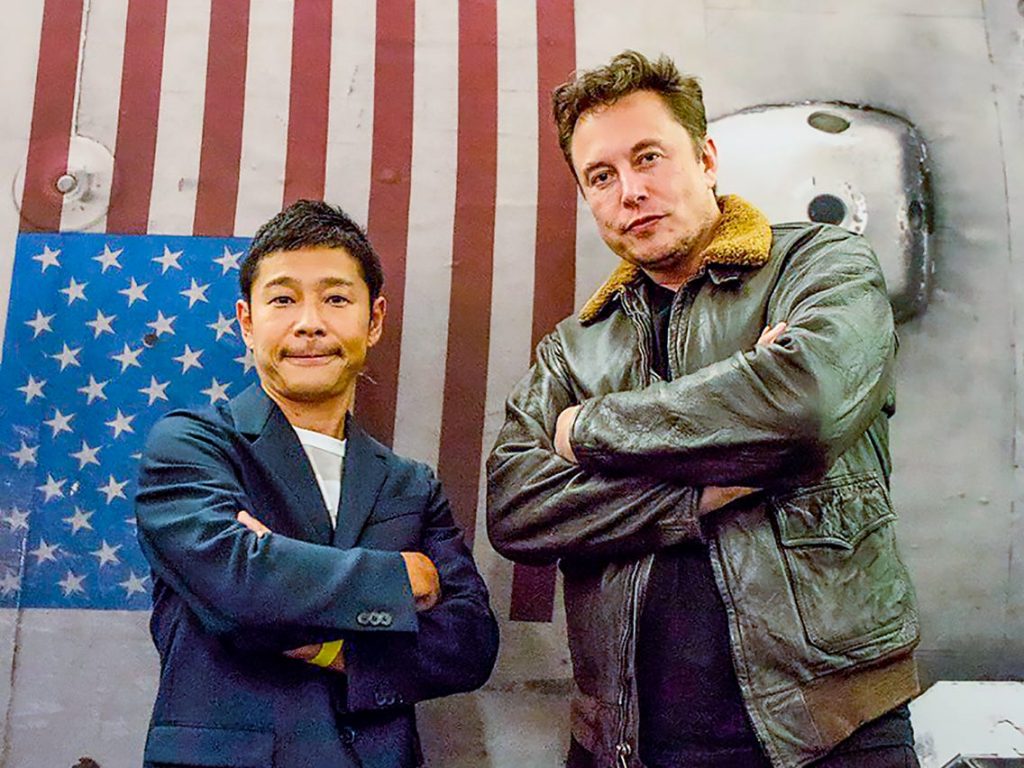 Forbes recently published their annual list of the 50 wealthiest people in Japan, but who are they? And how did they get so rich?

Like all of the wealthiest people in other parts of the world, this year’s crop of Japan’s “Richie Rich” club, who are called Okuman- choja in Japanese (億万長者), were able to increase the value of their nest eggs tremendously during the past year—despite the coronavirus. This is because a large portion of their wealth is in the form of liquid financial assets such as publicly traded stocks. The stock markets in Japan and worldwide have been generating outrageous returns, which have helped transform all of the country’s 50 wealthiest people into billionaires (in USD terms).

Almost all of the members of this exclusive club are men. Apart from a few husband and wife teams, the only three other women on the list inherited their vast wealth from their late husbands.

Another attribute of this elite group is that, for the most part, these guys are pretty old.  The most elderly is 96 (#12 Masatoshi Ito, honorary chairman of Seven & I Holdings aka “7-11”), and he is just slightly older than the other two in their 90s who are on the list.  The largest age cohort by decade is in their 70s, representing almost 35% of the total.  There are, however, a few in their 40s.  The youngest is 43 (#25 Shintaro Yamada, founder of Mercari, see below for more details).

A few others, including #7 Hiroshi Mikitani (Rakuten) and #30 Yusaku Maezawa (former head of Zozo Town who will soon literally be voyaging to the moon), enjoy celebrity status and are, therefore, really not much of a surprise.  For the most part, almost all of the others on this list are not widely known.

So, who are these people?  How did they get so rich?

It turns out that it is possible to break them down into categories, including tech entrepreneurs, self-made retailers, pachinko moguls, other captains of industry, and those that became fabulously wealthy the old-fashioned way—by inheriting their money.

It is no surprise that the largest segment of Japan’s richest 50 people are involved in information technology.

#1 Masayoshi Son is the founder and CEO of the SoftBank Group and has a net worth of approximately 4.9 trillion Japanese yen (approximately US $44.8 billion).

Although Son must be a born genius and possess tremendous ambition, he was not blessed with high social status at birth.  Son was born in rural Saga Prefecture in the far southwest as a third-generation ethnic Korean, a group that faces significant discrimination in Japan.  This certainly did not hold him back, but it probably encouraged him to leave Japan to pursue his education. At age 16, he moved to California to stay with relatives, where he petitioned the local high school to let him take the necessary exams to acquire a high school diploma right away. The whole process took him only two weeks! After that, he found a way to enter the University of California, Berkeley.

Legend has it that while still an engineering undergraduate, Son collaborated with some of his professors to develop an electronic translator which he sold to Sharp Corporation for almost US $2 million.  He was, moreover, able to rely upon his natural entrepreneurial instincts to import used video game machines from Japan to install in the dorms on campus, which netted him more cash.

Upon returning to Japan, Son founded SoftBank in 1983 to distribute computers.  Always a visionary, Son started this business with only two part-time workers who subsequently quit upon hearing his plans to grow annual sales from nothing to $75 million in only 5 years.  That was a big mistake for those former part-timers, as Son exceeded his original financial goals by expanding his business into software distribution, publishing, network computing, and, eventually, into the telecom sector.

In addition to SoftBank, one of Japan’s largest mobile telecom services, Son now oversees the Vision Fund, which invests in more than 100 start-ups from ByteDance in China to Coupang in South Korea to Doordash in the U.S. to Oyo in India to Slack everywhere, etc.

There is no doubt that we all will be hearing a lot more from Son and his team of “visionaries” in the future.

While the list of other IT luminaries is too long to go into great detail, a couple of other notable stand-outs include the husband and wife team of #18 Yoichi and Keiko Erikawa, co-founders of the videogame developer Koei Tecmo Holdings.

Video game enthusiasts will recognize this pair as the force behind Dynasty Warriors and Samurai Warriors.  Right about the time when Son was getting going, the Erikawas launched their business which quickly transformed from mundane business software into exciting role-playing adventure games with knock-out graphics that were revolutionary at the time.  The rest is history.

A younger member of the privileged subset of tech entrepreneurs about whom you will probably be hearing a lot more is #33 Susumu Fujita, who is still only 47.

Fujita is the founder and representative director of CyberAgent, a digital advertising firm based in Tokyo.  Subsidiaries include AbemaTV, an online television network, and videogame developer Cygames.

A somewhat surprising discovery was the realization that a significant number of entrants on the list are self-made retailers who hit it big.

#2 Tadashi Yanai, founder of Fast Retailing (Uniqlo), has traded spots with #1 Son over the years, but now he has his sights on rivals H & M and Zara to become the world’s largest retailer.  At present, the net worth of Yanai and his family is valued at 4.5 trillion JPY ($41.5 billion).

Like Son, Yanai is, curiously, also from the western part of the country and comes from a family which has also experienced discrimination.  He has roots connected with burakumin, a segment of society at the bottom of the traditional social hierarchy that included executioners, undertakers, butchers, and tanners in feudal times.  Like Son, with whom Yanai served for almost two decades as an independent director on the board of directors of SoftBank, Yanai certainly overcame this disadvantage and, perhaps, used it to his advantage.

Yanai started selling kitchenware and men’s clothing inside a supermarket before joining his father’s tailor shop.  He opened his first Uniqlo shop in Hiroshima in 1984, and the rest is history.

#25 Shintaro Yamada, age 43, is the youngest on the list and founder of Mercari, an on-line auction site similar to eBay.

Yamada’s first job out of college was working at Rakuten (see #7 Hiroshi Mikitani) for which he developed an online auction service.  In 2001 he founded the videogame developer Unoh, which he subsequently sold to Zynga in 2010.

Before co-founding Mercari in 2013, Yamada took a trip around the world with a focus on South America, Africa, India, and the Middle East, famously living on less than $5 per day.  This experience provided him with a new perspective with which to view his own country upon returning to Japan and his fellow citizen’s attitudes toward used items.  To this day Yamada remains deeply committed to helping developing nations leverage their limited resources to the greatest extent possible.

Mercari became the first Japanese company to achieve unicorn status (privately held start-up valued at more than $1 billion).  Mercari went public in 2018 on the Mothers (market of high-growth and emerging stocks) section of the Tokyo Stock Exchange.  It has benefited from enhanced web traffic during the ongoing global pandemic.

Pachinko, legalized gambling with pinball machines, is such a big business in Japan that it has spawned a significant number of entrants on the Forbes list.

You may be more familiar with the son of Hajime Satomi, Haruki, who is the president and group COO of Sega Sammy.  The firm acquired videogame developer Sega in 2004.

Other Captains of Industry

Other billionaires on the list include a wide range of captains of industry from the familiar fields of real estate development and fintech.  There are, however, a few outliers.

#40 Itaru Tanimura founded M3, a headhunting firm for healthcare professionals, after working at the Long-Term Credit Bank of Japan and Sony.  It now has a clientele of more than 6 million physicians around the world.

Some members of this elite club were literally born into it, while a few others gained entrance via marriage.

You can check out the complete list on your own: https://www.forbes.com/japan-billionaires/list/

The stories behind many of these people are fascinating. In the land where the “the nail that sticks out gets hammered down,” (出る杭は打たれる “deru kui wa utareru” in Japanese), the Forbes list of Japan’s wealthiest people certainly seems to have a lot of “nails.” The list includes innovators, risk-takers, and real pioneers. It is almost the antithesis of the common perception of a hard-working Japanese “salaryman” who does his time and pays his dues while toiling away at the office. Apart from those who inherited their great wealth, most of these over-achievers seem to have more in common with Steve Jobs, Elon Musk, Larry Page, Sergey Brin, and Mark Zuckerberg. Most started with limited resources but had an overabundance of ambition and a clear vision of how to achieve their goals. Japan needs more of these people to survive in the 21st century.

Mark Kennedy is a native of Chicago who has spent more than 20 years living, studying and working in Japan before deciding to retire to the idyllic countryside of Oita. Mark is a lifelong student of the Japanese language and culture and loves to travel throughout the country. He also is the author behind the "Real Gaijin" Substack and podcast as well as the Country Roads Japan YouTube channel.