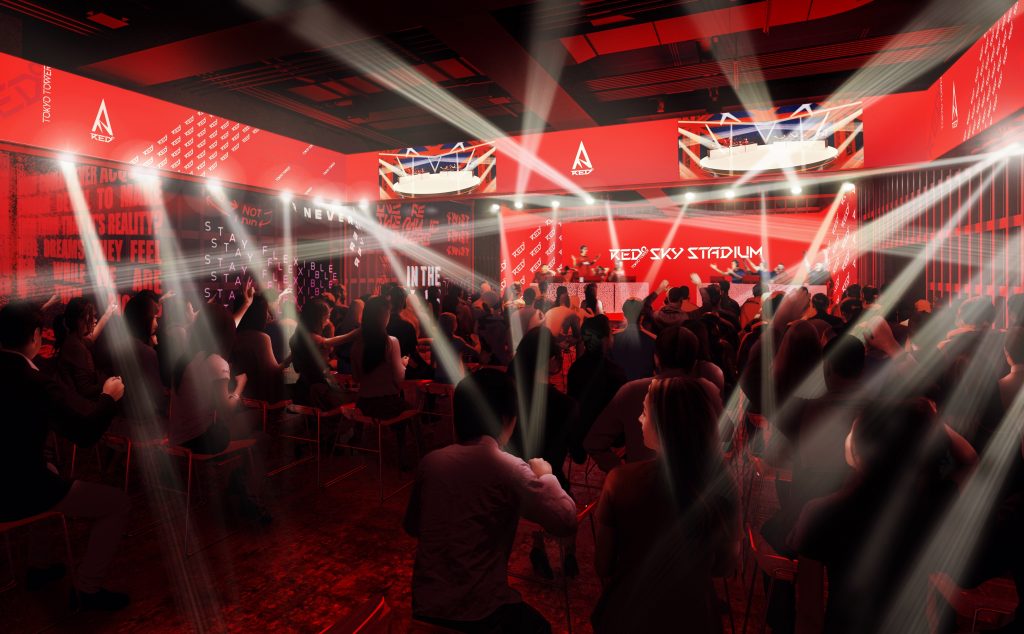 Massive E-Sports Center to Open at Base of Tokyo Tower

While video games are more popular than ever, the ways in which people game, are changing.  Nowadays, gaming has become more than just a pastime or hobby as players can now “go pro” and enter the realm of E-Sports, or organized online multiplayer gaming competition.

Professional ESports players compete online in the virtual world in various types of video games in leagues and at massive organized tournaments in stadiums or large facilities alike.

While the Esports industry is rapidly growing worldwide, with many of the top players in the United States, China, and South Korea, despite being a massive player in the video game industry, Japan is sort of slow in the adoption and development of ESports teams, facilities, and culture.

After April 2022, this will all change.  Tokyo eSports Gate plans to open a massive ESports facility at the base of the famous Tokyo Tower that will be called Red Tokyo Tower.  The 5,600 square meter (60,000 square foot) Esports park will utilize the 1st, 3rd, 4th, and 5th floors of Foot Town, the commercial building at the base of the tower.

While not too many details have been revealed, Yasuo Hara, the president of Tokyo eSports Gate chimed in on the plans for Red Tokyo Tower.

The facility will give people the opportunity to play the latest games as well as an arena for Esports competitions, events, live concerts, and fashion shows.  Further, there will also be a studio, gift shop, and a few restaurants.  The entrance fee is set to be around 2,000 to 2,500 yen (roughly $20 USD).

Hara stated that the idea came up in late 2020, after they began to see an opportunity based on the exponential growth of the Esports industry, one that is worth around 100 billion yen, or around 900 million U.S. dollars.

According to Hara, the 3rd floor will have museums and various stores, as well as what will be known as the “Inspiration Zone”, where the walls, ceilings, and floors will all be digital panels for a new gaming experience.

The 4th floor will have the “Attraction Zone” where they plan to introduce another new form of gaming where gamers will have a  physical gaming experience as they play superhuman themed games that utilize “technology to expand the physical abilities of humans”.

Overall, the goal is not only to boost the Esports industry in Japan but also to revitalize the area surrounding Tokyo Tower.  Red Tokyo Tower will also collaborate with nearby places like Zojoji Temple and Shiba Park to hold events.

Excited?  Make sure to visit Red Tokyo Tower when it opens!  In the meantime, you can check out news on the upcoming Tokyo Tower Esports facility by visiting the official site.