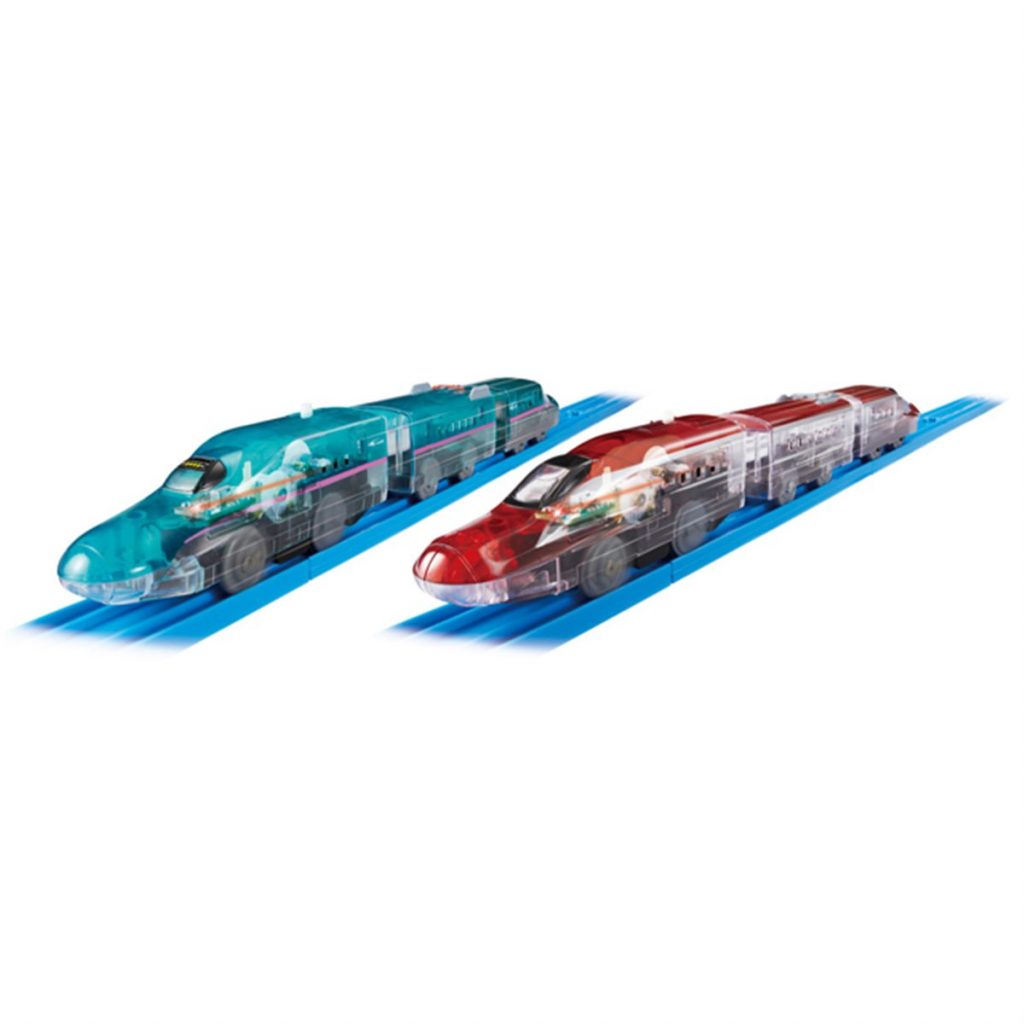 Takara Tomy’s new Plarail model trains will be self-sufficient, running on electricity, but not utilizing batteries! Find out how!

When it comes to model trains, cars, characters, or just about model anything, hobbyists will often tell you that Japanese products are of the best quality.  From the famous Gundam character plastics models known as “gunpla” made by Bandai Namco to model trains and cars made by Takara Tomy, the ever-so innovative Japanese manufacturers have created quite a reputation for themselves.

While there are many manufacturers, Takara Tomy is largely one of the most well-known worldwide for their product lines like Tomica or Takara Tomy cars, and Plarail, their plastic trains, and railways. Plarail, pronounced “pura-rail” is derived from the words “plastic” and “rail” for railway.  These two product lines are successful likely because of the range of who they appeal to.  While they make toy cars and train sets aimed at children, they also have products aimed toward older enthusiasts as well like the Plarail Advance line of products.

Today, we’ll be focusing on Takara Tomy’s Plarail line, and in particular, their new innovative product about to hit the shelves.

To get right to the point, Takara Tomy is releasing a line of model trains known as the Tekoro de Charge, loosely translated to “hand charged” that runs on electricity like the rest of the Plarail products, but doesn’t have batteries!  Yes, you heard that right.

For the first time in Plarail’s 62 year history dating back to 1959, their trains will not run on batteries, instead, the new “E5 Series Shinkansen Hayabusa” and “E6 Series Shinkansen Komachi” will run on self-generated power from a new power generation mechanism they developed and have a patent on the way for.

The trains made under the Plarail line have continuously been changing and upgraded, but interestingly, other than the type of plastic used and the now slightly grooved surface, Takara Tomy has sold the exact same plastic rails since 1959.  This means for 62 years, people have been putting together plastic railways and creating all kinds of different tracks for their trains to run on.

How Do They Work?

While not much is clear at the moment, the Hayabusa and Komachi model bullet trains will be powered only by the electricity generated by the owner as they move the train back and forth on any surface to spin the wheels to generate power.

Takara Tomy stated that with a charge of just 30 seconds, the model trains will be able to travel about 7 meters, about 23 feet, or 5 to 6 laps on a circular railway set.  Of course, the distance the trains can travel will likely change based on how fast the wheels are spun.  Further, it is not clear if the trains will continue to generate more electricity when they move on their own.

Both the ““E5 Series Shinkansen Hayabusa” and “E6 Series Shinkansen Komachi” are models of actual shinkansens or bullet trains.  The Hayabusa, named after the Japanese word for “falcon”, is an E5 series bullet train that runs between Tokyo all the way up north to Shin-Hakodate Hokuto Station in Hokkaido, Japan’s northernmost island.

The E6 series Komachi runs north from Tokyo station to Akita Station.  Both shinkansens travel at around 300 kilometers per hour, or roughly 200 miles per hour.  Unfortunately, these do not utilize the same back and forth method to charge the engines!  They do, however, utilize electric multiple unit engines.

Now, gone are the days of winding up your toy train, watching your train slowly come to a stop as it runs out of battery, or to one day find that your train does run as the new Takara Tomy trains will be self-sufficient as long as you charge it up yourself!

Be sure to stay on the lookout for the new self-sufficient Plarail trains. They are sure to be a fun and more eco-friendly option when it comes to model trains.  Check out Takara Tomy’s English website here, and the Plarail subsection here.  Enjoy!

Check out the top 3 lists for male and female anime characters people fell in love with at first sight in 2021!…
November 23, 2021

Curious Connection of Marvel’s Ironheart to a Japanese Adult Film

Inadequate due diligence may have led Disney to name the upcoming successor to the Iron Man franchise after a Japanese adult video.
November 19, 2021

Check out the number one ranked light show in Tokyo! Tokyo Mega Illumination features gorgeous attractions that will take your breath away.
November 3, 2021