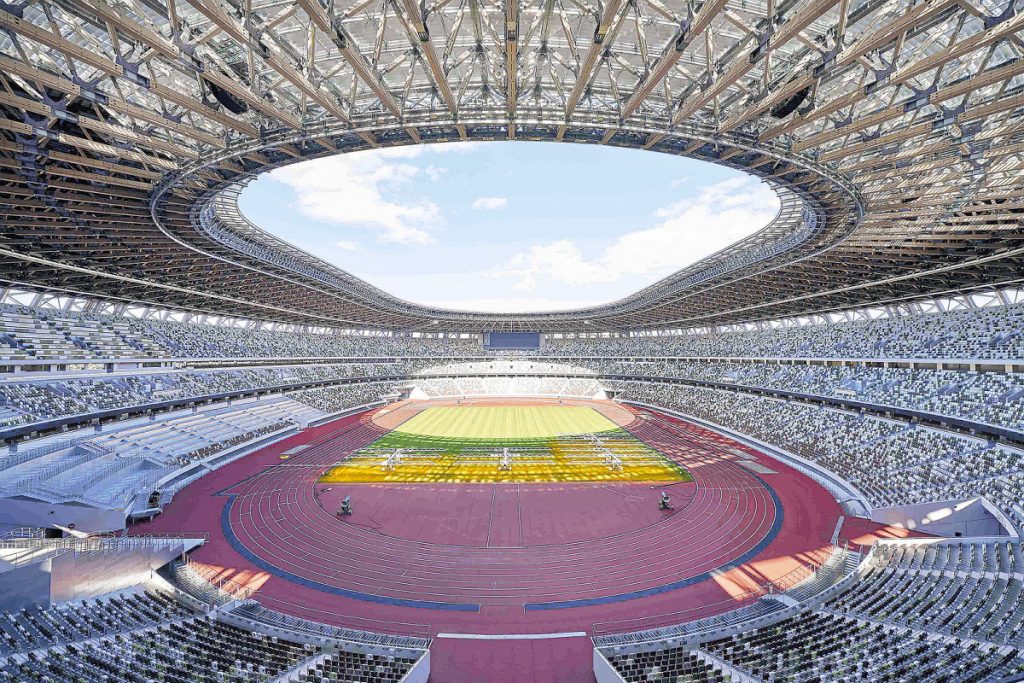 Olympic Retrospective: A Look Back at Tokyo 2020

The good, the bad, and the ugly…What does the average person on the street in Japan think?

Ever since the initial outbreak of the coronavirus in early 2020, Japan was quite literally between a proverbial rock and a hard place. Should the Games go on as originally planned, then the risk of creating a global super-spreader event to end all super-spreader events would be likely. Canceling Tokyo 2020 outright was a viable option. It seems, though, there were powerful financial forces below the surface that prevented any serious discussion of this choice. In the end, a compromise to hold the Games in a bubble while banning fans from attending live events and public viewing venues was the approach taken.

So, looking back at this non-stop, 17-day spectacle of summer sports, what does the average “Joe” (“Taro” or “Hanako” in Japan’s case) on the street think about Tokyo 2020? Was the decision to move forward with the Games while imposing restrictions the right choice?

Leading up to the Games, public opinion was squarely in favor of cancellation or further postponement.

In mid-April, the Asahi Shinbun published results of a survey which at the time indicated that 45% of the public thought that Tokyo 2020 should be canceled.  Another 34% believed that it should be postponed again.  That only left 1 in 5 in support of moving forward.

Immediately before the start of the Games support remained splintered.  A follow-up poll by the Asahi Shinbun in mid-July demonstrated that 29% voted to cancel and 32% recommended a second rescheduling.  Thus, Tokyo 2020 had support from only 1 in 3 Japanese people heading into the Opening Ceremony.

Magic of the Games

While some aspects of the Opening Ceremony left many with doubts, it was certainly inspiring to watch tennis super-star Naomi Osaka light the Olympic flame.

Then the real action started with a bombardment of non-stop competition.

Gymnastics, track and field, and swimming tend to be the perennial (quadrennial in this case) favorites in the West. As anyone in Japan who flipped on their television during the Olympics could tell you, the three most popular sporting events for the Japanese were table tennis (17%), judo (16%), and baseball (12%). Given Japan’s unprecedented medal haul—particularly in those three sports—these results are not surprising. Read “Meet Mima Ito, Japan’s Table Tennis Champion Who Was Destined to Win” to learn more.

Among the 11,656 athletes from around the world, the Japanese delegation was large with a record number of 582 participants.  Just to reach the pinnacle of one’s sport at the Olympics is quite an achievement, but Japan’s 58 medals—including a record 27 gold medals—went a long way to help the Japanese public to forget about Covid—at least for a while–and bask together in their glory.  This was a matter of national pride, and the enthusiasm for the Games was contagious.

It was, however, not just the tried-and-true sports that boosted public sentiment.

The sports that made their debut at Tokyo 2020 such as skateboarding, surfing, and rock climbing also helped to buoy support among Japanese fans.  Team Japan’s favorite sons and daughters performed well in many of these events.  Read more about gold medalists Yuto Horigome and Momiji Nishiya in “The Future of Skateboarding in Japan Looks Brighter Following the Olympics.”

Results from a survey conducted by the Yomiuri Shinbun from August 7 ~ 9 indicate that support for the Games flip-flopped.  64% of respondents said that now they were glad that the Olympics were held in Japan this year.

If it were not for the incredible performance of the Japanese athletes, public sentiment could have, however, dwindled even further.  The series of missteps taken by those who were in charge of the Games was embarrassing.

From the very beginning around the time that Tokyo won the right to hold the Olympics in 2020, there were hints of bribes made to the International Olympic Committee (IOC).  Allegations of shady accounting practices continue to plague Tokyo 2020 to this day.

Issues with the cost of holding the Olympics are quite literally “par for the course,” no matter the venue.  Enormous sums of tax revenue were used to pay for the Games. Such expenditures demand transparency, but questions about how the money was spent remain. There are ongoing scandals associated with the government’s outsourcing of much of the management of the Games to Japan’s giant advertising agency Dentsu.  Many Olympic projects were, apparently, simply assigned to vendors without a proper tender process to vet their bids.

Negative sentiment among the Japanese public was, no doubt, fueled by the widespread belief that corporate sponsorships were, ultimately, responsible for why the cancellation of the Games was never seriously considered.  Forget the risk of infection and the potential for loss of life.  There was just too much money involved.

Leading right up until the day before the opening ceremony, Tokyo 2020 suffered from one public relations disaster after another which was caused by the so-called “management.”

A board meeting where many women attend takes time because women ‘talk long’ and it comes from their ‘competitive’ nature…There are about seven women in the (Tokyo Organizing Committee of the Olympic and Paralympic Games), but they all know their place.

Only weeks later Hiroshi Sasaki, the 67-year-old former executive creative director for the Tokyo 2020 ceremonies, was forced to resign after suggesting that the popular, plus-sized media personality Naomi Watanabe dress up as a pig during a portion of the opening ceremony to become the “Olympig.”  Silence…Say what?  Where do they get these guys?

But wait!  There’s more—believe it or not.

Let’s not forget 52-year-old musician Keigo Oyamada. He had been in charge of composing the music for the ceremonies of both the Olympics and Paralympics.  Just days before the opening ceremony of the Olympics a particularly unsavory fact from his youth resurfaced. It caused widespread outcry on social media, which led to his resignation.

More than 20 years ago he had publicly boasted without demonstrating any remorse about bullying childhood classmates with mental disabilities—and that is sugar coating the facts about what he actually did.  Seriously?  Doesn’t anybody vet these people?

Concerns about high profile managers were, moreover, not limited to Japanese representatives.  It would be an understatement to say that Thomas Bach, the 67-year-old IOC President and former Olympic fencer from Germany, is an unpopular symbol of the Olympics in Japan.

For most Japanese Bach is the personification of how big money controls every aspect of the Games.  Despite the risks posed by the coronavirus, Bach seemed hell-bent on holding Tokyo 2020 no matter what.

After arrival in Japan in mid-July, he managed to damage his own reputation. First he inadvertently mixed up Japan and China as part of his initial statement after landing.  He stayed at luxury hotel accommodations that cost significantly more than the budget constraints stipulated by the IOC.  His Japanese hosts then had to struggle to sit through a painfully long speech during the Opening Ceremony.  To add insult to injury, right after the Closing Ceremony Bach was spotted walking around Ginza. He was caught flouting his own rules to restrict movement within the Olympic bubble. Thus, Bach’s actions sent the message that he was exempt from the rules imposed on the athletes, coaches, and journalists.  It was a classic example of someone in power hypocritically not “walking the talk.”  His lack of awareness of the message that this sent was appalling.

News of this transgression spread like wildfire throughout the media—in all of its various formats.

Olympic Retrospective: The Way We Watch Has Changed Forever

One thing that has changed forever is the way that people watch the Games. In both the host country and on the other side of the world television no longer reigns supreme.

There was extensive television coverage on multiple channels in Japan. You were, though, pretty much out of luck if you wanted to check out one of the more unusual sports on TV.  Especially because all ticket holders to the live events were barred from watching in person, that was somewhat frustrating.  Thanks to on-demand streaming, though, access to many more of the lesser-known sports became possible.

In Japan the official streaming site was gorin.jp. It was named for the Japanese term for the Olympics, gorin (五輪).  This site is relatively easy to navigate.  It had both live feeds as well as recorded features for every sport during the Games.

Similar services such as NBC’s Peacock streaming service for the U.S. market captured a big chunk of the viewing audience. Normally everyone would have been glued to their television set.

Given the wide range of options, just figuring out what to watch and when to see it was a little confusing. It was difficult to get “the big picture” before descending rapidly into one of the more granular feeds.

Television Fought Back with New 8K and 4K Technology

TV in Japan did, however, fight back with some amazing new technology.  The Japan Broadcasting Corporation, known in Japan as NHK, used high-resolution 4K and 8K quality for the first time.

Provided that you had an up-to-date television, the results were spectacular.  Had the planned public viewing 8K screens been allowed to open, television may have garnered more support.

If Covid restrictions ease up to allow public viewing theaters in about 6 months, there is no doubt that this new technology will be on full display during the next Olympics in Beijing.

In line with the results of the Yomiuri Shinbun’s most recent survey earlier this week, the consensus seems to be that Japan made the right move to hold the Olympics this year, despite the risks.  On Twitter, the Japanese hashtag “It was good to host the Olympics” (#オリンピック開催して良かった) has continued to gain support.

The Olympics are in their final stages. At the end of the day 100,000 people were tested every day. Only about 20 were positive (and almost symptomless). There was no spread of infection during the Olympics. A great victory for the organizing committee. “#It was good to host the Olympics.”

Outofbodyagain summed up the feelings of many Japanese by writing,

Now we get to do it all over again during the Paralympics which begin on August 24.