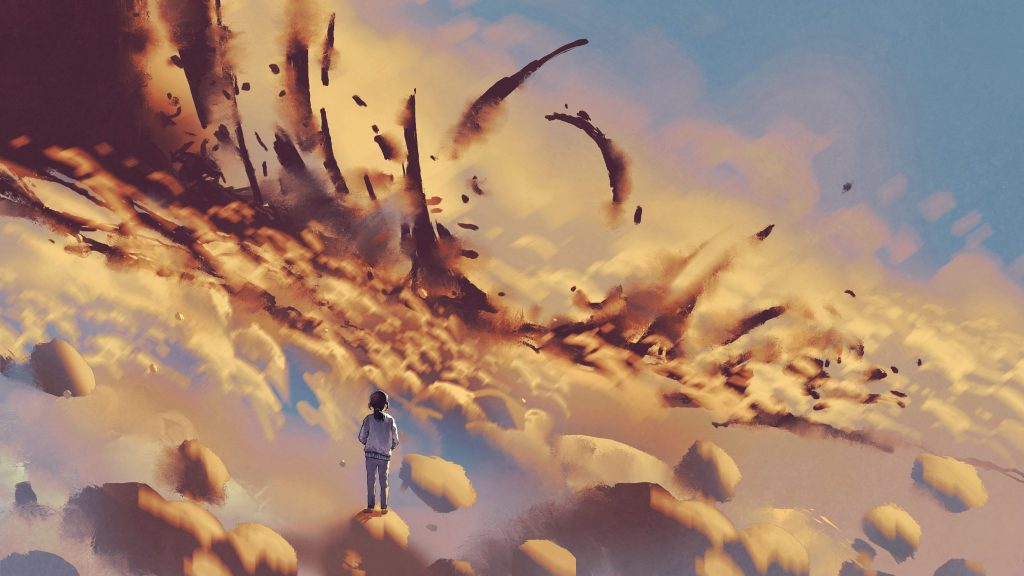 ‘Reading the Air’ in Japanese Culture

Reading the air, is a fundamental notion of Japan’s nonverbal communication. Many non-natives struggle to grasp this uniquely Japanese custom.

When I first arrived in Japan, I already spoke decent Japanese and was familiar with many of the Japanese customs, so I assumed that interacting with people would be the least of my worries. However, I soon found out that language barrier issues stretched beyond verbal communication into a realm I was unfamiliar with.

Back in my home country, we’re taught that we should verbally convey our thoughts and feelings as openly as possible to ensure that our point is made. But in Japan, that’s not how things work.

Kuuki wo yomu, or ‘reading the air’ is a Japanese custom that can be likened to the Western phrase ‘reading between the lines.’ It means to be situationally aware and attentive to the thoughts, feelings, and needs of the people around you without the need for verbal expression.

It’s a simple notion, and one of the fundamentals of Japan’s nonverbal communication approach. It’s also something that non-natives might struggle to grasp since kuuki wo yomu is a uniquely Japanese custom, at least insofar as its cultural importance.

Let’s take a more in-depth look at this fascinating component of Japanese interaction.

An overview of kuuki wo yomu

In Japanese culture, social protocol calls for high attention to the mood, atmosphere and ‘air’ of every situation so that an individual can adapt their behavior accordingly. The custom can feel particularly alien to those who haven’t become acclimatized to it because it’s not something we adhere to very much in the Western world.

For example, I once sat in a meeting room with a team of Japanese colleagues, and at the end of the meeting, we were asked if we had any questions. Well, I did have a question, so I spoke up. But then I was greeted with cold silence. The mood of the meeting room suddenly transformed.

Later, I was told by a colleague that ‘does anyone have any questions?’ doesn’t mean that at all. It’s a sign-off for the end of the meeting and nothing more, and to actually respond to it was not a good example of kuuki wo yomu.

Spend any time in the board room of a Japanese company, and you’ll soon learn that ‘no’ isn’t in the Japanese vocabulary.

For a language with such versatility, you’d think the Japanese would have a way of giving a direct ‘no’ with a tone of courtesy. However, due to the emphasis of politeness within the culture, you’ll often find that a direct ‘no’ is replaced with ‘maybe’ or ‘it’s a possibility.’

This is just one example of Japan’s language ambiguity, and it stretches far beyond the boardroom and into every facet of Japanese life. For example, I once asked someone in Osaka for directions and I was told sore wa chotto, a phrase which translates to ‘that’s a little…’

One of the reasons for this ambiguity is Japan’s collectivist culture. Japanese society favors conformity over individualism, and direct language goes against this status quo. So, in order to maintain social harmony and avoid what Japanese people might deem as unpleasant interactions, they have developed the ability to read and react to situations without the need for words; otherwise known as kuuki wo yomu.

While ‘reading the air’ might not be too dissimilar from ‘reading the room’ or ‘knowing your audience’ in the West, Japanese people have become much more sensitive to this custom through demands of their culture. Truth be told, I wasn’t aware of kuuki wo yomu until long after I’d become accustomed to it, as strange as that might sound. What I interpreted as just being ‘the Japanese way’ was actually me becoming familiar with the nonverbal cues of the Japanese people.

Another concept closely linked to kuuki wo yomu is ichi ieba ju wo shiru, or ‘hear one, know ten.’ This is the belief that people who work together should be so in tune with each other that there should be no need for excessive verbal communication.

I discovered this concept the hard way after several months of working with a large Japanese firm. Although I was a gaijin newcomer, my work guidelines were brief and I was rarely given guidance or feedback. Initially, I thought this was a bad sign, but as I became more in tune with my colleagues, I learned that brief communication is positive communication.

In a strange meta-way, I was learning kuuki wo yomu without being directly told about it.

So with that said, how exactly does one ‘read the air’, especially when coming from a society where straightforwardness is encouraged?

The most efficient approach is to match the body language of the person or persons around you. From a psychological standpoint, this is taught as a persuasion technique in many circles, as it allows you to send subconscious signals to others that you’re in the same mindset as they are. If they’re reserved and unobtrusive, be the same. If a group is happily chatting away, do the same.

By contrast, it’s also important to read other people’s body language to determine the most efficient way to maintain social harmony. For example, I once found myself lost in the backstreets of Tokyo, but it only took a few minutes for a Japanese couple to notice my predicament and help me. Many visitors to Japan have reported the same thing happening to them too.

Some people might ask exactly what is the point of this extensive nonverbal approach? Wouldn’t it be much simpler to say things outright rather than tiptoeing around certain subjects?

Well, there’s no denying that kuuki wo yomu makes certain aspects of life more difficult, but on a whole, it’s a beneficial element of Japanese society.

Where I’m from, England, we deal with things in the exact opposite way. If there’s an issue, we speak about it directly. If someone is acting out of place, we call them out on it. In our corporate world, it’s not uncommon for meetings to stretch all day because we cover every inch of every topic. It’s exhausting and more importantly – not productive.

And while the Japanese approach also has its downsides, one of the main advantages of kuuki wo yomu is that it limits issues arising in the first place. For example, you’ll rarely hear a word out of anyone when riding the trains in Japan because everyone reads the situation and knows to be quiet. In England, trains are often loud and disorganized because many of us haven’t developed the ability to accurately read our surroundings and adapt accordingly (the Japanese have a term for these people too – KY, short for kuuki yomenai).

The ability to perceive the emotions and mood of others is a benefit to everyone, whether it’s for friendly, romantic or business reasons. It’s a sought-after ability that many Japanese bosses look for in potential employees too. It’s also a failsafe way of uncovering a person’s true desires, because while someone might say one thing, body language, facial expressions, and other signals aren’t as easily manipulated as words.

Freelance writer, Japanese translator, and published author. Worked with the Sumitomo Mitsui group for several years. Graduated in psychology from Open University in 2014.

Ikea Japan is Offering $1 Rent to Lucky Tenants in Tokyo

Ikea Japan is offering less than $1 rent for lucky applicants willing to live in their “tiny homes” in Tokyo! Apply now!
November 27, 2021

Numerous massive blackouts are just the latest in high-profile service disruptions by one of Japan’s corporate giants.
October 27, 2021