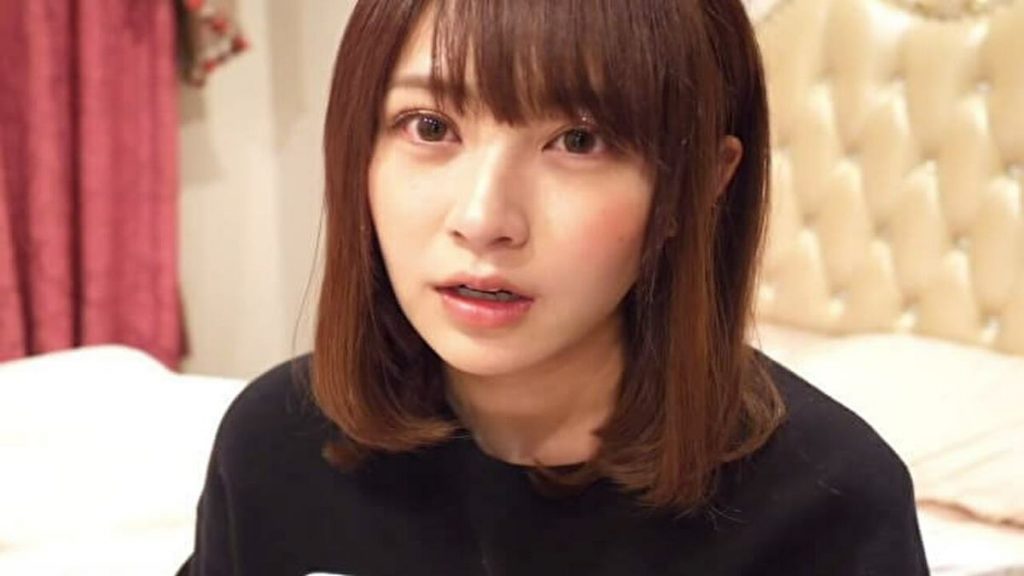 Childhood TV star Tenchim, a former goody two shoes gone bad, has been “busted” in a false advertising scandal involving a new bra. The popular YouTuber is now working 3 lucrative jobs to pay back her debts.

We love to hear about former childhood celebrities who turn out bad. The guys have former Disney star Shia LaBeouf who has trouble holding his alcohol. Then there is the “poster boy” for this category, Macaulay Culkin of Home Alone fame, who has repeatedly gotten into trouble due to his drug habit. Lots of former female childhood prodigies have also hit speedbumps on their way to adulthood. A cute Drew Barrymore who made friends with E.T. the Extra-Terrestrial at age 7 subsequently became addicted to cocaine before checking into rehab at age 14. Then there is former Hannah Montana star Miley Cyrus who has been photographed smoking a bong and had an eyebrow-raising performance with Robin Thicke at the MTV Video Music Awards. Perhaps the best-known childhood idol with a tarnished reputation and former star of Disney’s The Parent Trap and Mean Girls is Lindsay Lohan, who loves to party but seems to have a talent for getting DUIs.

Japan’s omnipresent geinokai or “show business” is no different.  Japan has hundreds of geinojin or tarento (“talent”), and it is pretty difficult to keep up with what is going on.  Everybody loves a good scandal, though.

One former goody-two-shoes from Japanese public television whose life has been like a roller coaster for the past twenty years has recently been capturing more than her fair share of the attention of the tabloids.  Meet Tenka Hashimoto, widely known as “Tenchim.”  She currently has almost 1.6 million subscribers on YouTube and more than 600,000 followers on Twitter.

One of the most popular television shows for children in Japan that has been aired continuously since 1993 on the educational channel NHK, the national television service, is called “Tensai TV-kun MAX” (roughly translated as “genious TV child to the max”).  One of this show’s earliest and biggest stars was Hashimoto who was dubbed “Tenchim.”  To this day she is still best known by her nickname.

The show targets elementary and middle school children.  From 2004 when she made her debut Tenchim epitomized the kind of wholesome image that NHK executives desired.  Tenchim’ run lasted for 3 years and launched a career which has had quite a few twists and turns.

Somewhere on the way to puberty Tenchim decided to jettison her former image in favor a radical new look first by becoming an oni gal or “demon gal.”

So as not to lose you, we need to take a moment to consult an urban dictionary!

What is an oni gal?

From the mid-1990s, the fashion trend ganguro became popular in Tokyo. As a reactionary backlash to the traditional image of female beauty in Japan, ganguro was characterized by girls going barefoot and wearing revealing clothing, preferably in very short shorts, along with bleached long hair, false eyelashes, neutral makeup tones, and a deep tan. By the time Tenchim adopted this look, its proponents were known as “oni gals” or “demon gals.”

About the same time Tenchim started modeling.  At age 16, she published a personal diary called Chugakusei Shikkaku (translated as “Disqualification of a Middle Schooler”) in which she held nothing back.  It became a blockbuster.  This exposure led to more opportunities, and it was not long before she debuted as an adult video star at age 19.

Tenchim has since become one of Japan’s most popular YouTubers.  She has had her own channel since 2016.  To date it has amassed well over 500 million views!

Along with the launch of her YouTube channel, Tenchim partnered with Japanese beauty product manufacturer Kireinowa to endorse their popular “night bra,” which is marketed under the Motefit brand.  Tenchim professed that simply by modifying her diet and wearing the Motefit bra, she could increase the size of her breasts from an A cup to a D cup in just 12 months.

This claim seemed a bit too good to be true, but it certainly helped to sell a lot of bras.  At the end of the day it did turn out to be too good to be true. Tenchim ended up getting “busted” when it became known that she had actually undergone breast augmentation surgery after she started partnering with the bra maker. Thus, many considered this deception as fraudulent and false advertising. The company is now facing a massive backlash from the customers who had believed Tenchim.  The firm has promised to provide a full refund to all customers who felt duped by her.

Unlike her typical racy videos, on September 1, Tenchim issued a contrite, public apology via her YouTube channel in which she was dressed conservatively.  Tenchim did, in fact, seem fairly sincere.  She expressed remorse in a typically Japanese manner with a succession of several deep bows.

Tenchim pinned specific instructions for returning merchandise directly beneath the video.  To get their money back, consumers must, however, provide proof of purchase.  Very few people retain receipts for such small-scale purchases that may have occurred more than a couple of years ago.  Thus, this offer seems to be generating confusion and even more of a backlash across the country.  At this point, the number of “thumbs down” reviews outnumber the “thumbs up” scores by 3-to-1, although these votes represent only a small fraction of the 6.4 million views to date.  It is not possible to leave a comment as a viewer.

As expected, the reaction on-line has not been positive.

One video with more than 300,000 views posted on YouTube by a well-known YouTuber, Shibatar, candidly voices public outrage about this incident.  Speaking as an older brother might address a younger sibling, in his 5-minute diatribe, Shibatar rips into Tenchim in which he refers to her by her real first name, “Tenka.”  It is, though, not all criticism.  Shibatar finishes by suggesting that Tenchim transition to a new career in Pachinko, slot machine gambling.  He pledges his help to get her back on the “straight and narrow” path to recovery.  Hmmm…

The saga recently ended in an apparent settlement in which Tenchim agreed to pay the bra manufacturer 430 million JPY (approximately US $4.1 million).  Tenchim now finds herself deeply in debt for making false advertising claims about a bra that was supposed to enhance what nature has provided.  Despite declaring that she is close to going bankrupt, Tenchim has become creative when it comes to making money.

Reinvents Herself as a Burlesque Dancer

Tenchim certainly seems to be making a concerted effort to earn some extra cash.  Earlier this month, she made her debut on stage at Tokyo Roppongi Burlesque in the heart of one of Tokyo’s main nightlife districts.  So far, the business has been excellent.  She has remained in the headlines for collecting huge “tips” to the tune of 1 to 2 million JPY per night (approximately $10,000 to $20,000)!

Even this job is, though, not generating enough income.

Despite earning an estimated 100 million JPY (approximately $1 million) per year from her YouTube channel and more recently from her new side gig in Roppongi, Tenchim maintains that she is almost bankrupt.  She declared this sad state of affairs in a second video, which aired on her YouTube channel on November 9.

She announced that she would begin working a “third job” as a hostess at a club in Tokyo’s high-end Ginza nightlife district.  Thus, Tenchim now seems to be working seven days a week.  To make ends meet, she announced that she would shoot videos as a YouTuber from morning till evening, work at a club in Ginza on weekday nights, and work at “Burlesque Tokyo” in Roppongi on Saturday and Sunday nights.

It is unclear for how much longer Tenchim can keep up this pace.

Like Lindsay Lohan, she is certainly an advocate of the proverbial expression “There is no such thing as bad publicity.”  Tenchim also seems to be taking her cues from the Irish playwright Oscar Wilde who famously declared over a century ago, “The only thing worse than being talked about is not being talked about.”  Something tells me that we have not yet heard the last from Tenchim.