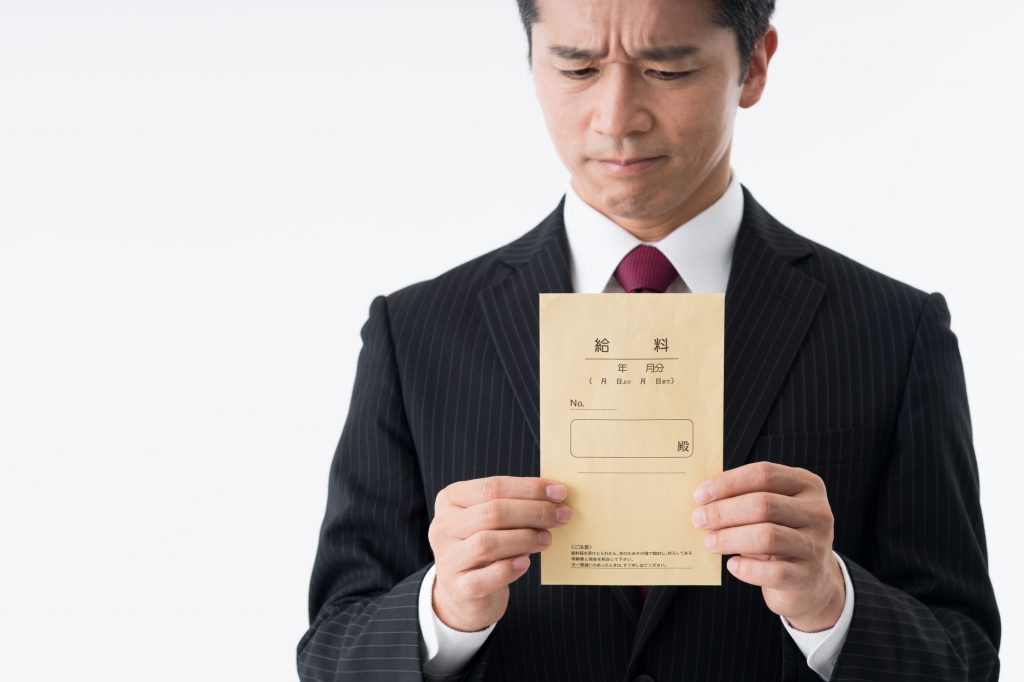 Wages in Japan are only a little more than half that of the U.S.

Fumio Kishida was just sworn in as Japan’s 100th prime minister. He has vowed to reconfigure the Japanese economy to distribute wealth more equitably. Whether he will deliver on his promises remains to be seen, but, at least in terms of the average Japanese salary, there is much room for improvement.

The Average Japanese Salary Is Low

Now there is compelling evidence to prove that the average salary in Japan is low relative to other advanced economies.

Toward the Bottom of the OECD

The Organization for Economic Co-operation and Development (OECD) just released data for the average salaries among its 38 member countries for 2020.  Although Japan used to rank as high as #5, in 2020 fell to 22th place at only $38,515.

Part of the problem is due to Japan’s relatively low minimum wage level.

Although minimum wages vary by prefecture in Japan, with a national average of only $8.00, Japan ranked right in the middle of the pack among OECD countries in 2019 (the latest year for which minimum wage levels have been published).

What is going on here? Why are these wages so low in the world’s third-largest economy?

A widely held belief is that when the industrial structure becomes service-oriented and the labor market is deregulated, the bargaining power of companies becomes strengthens and the position of workers becomes weaker.  That is mainly what is to blame for Japan’s paltry wages, but there is a little more to it.

Lack of Technological Innovation at the Office

Although Japan is famous for technological advancements such as digital cameras, the bullet train, the Walkman, car navigation, QR codes, etc., innovation at the workplace can be rare.  It is, in fact, still common for Japanese offices to rely on FAX machines to receive orders.

The ability to hire talented people cheaply reduces the incentive to mechanize and introduce cutting-edge technology to improve productivity.  This is because managers tend to think that they don’t need to go to the trouble of introducing state-of-the-art technology.  The job can simply be left to their staff to handle.

Some argue that the real reason why the average Japanese salary is so low is because the goals of Japanese enterprises differ fundamentally from their Western counterparts.

Goals Differ from the West

The larger the company, the farther the distance between the employee and the client, and the more the awareness of the need to create added value disappears.

In Japan, the primary objective is not to increase increasing sales and profits.  Japanese companies tend, instead, to focus on how to guarantee the livelihood of their employees until they retire.  In other words, a company in Japanese society is like a village in the Edo period.  It is a life support system that allows the villagers to live in harmony until they die.  Rather than increasing sales and profits, the primary objective is to maintain stability and longevity.

That is why Japanese companies are reluctant to make risky investments.  They hoard money.  Today’s top-notch companies in Japan do not make new investments, but rather accumulate internal reserves.  Such firms tend not to distribute enough to their shareholders or employees.

The reality is that the market value of a “discovery employee,” someone who is willing to challenge the status quo, is zero.  After 10 or 20 years towing the line, employees will stop thinking.  The difference between success and failure is not what is right, but what is likely to be approved by the relevant departments.  It’s all about whether you can discern the feelings of one’s colleagues and act appropriately.

One of the signature policies of former Prime Minister Abe was coined “Abenomics.” It was characterized by increasing money supply, heavy deficit financing, and government reforms.  One of the effects of Abenomics was the ability to keep the value of the Japanese yen relatively low compared to the U.S. dollar.  While this policy was a boon for Japan, Inc, it tended to reduce the purchasing power of wages.

There are those, including the famous financial analyst David Atkinson who is known as one of the “brains” behind former Prime Minister Yoshihide Suga’s team of economic advisors, who argue that the real culprit that keeps the average Japanese salary depressed is the phenomenon of “monopsony.”

It is not a reference to a single or “mono” version of Sony.  The word “monopsony” refers to the phenomenon in which the balance of power between labor and management tilts in favor of the employer.  In Japan, it has gotten to the point that corporate leverage is so strong that workers can be “bought off” at a low price or wage.

The downstream consequences of what happens when the power of monopsony becomes strong include distortions in the country’s industrial structure, lower productivity, and weakened public finances.

When the efficiency of the labor market is high, workers will be attracted as soon as a slightly higher salary is offered.  Thus, workers tend to flock to companies with high productivity that can pay higher salaries.

Conversely, when the power of monopsony is at work, it is easier for companies to make profits because they employ workers at lower wages than they should be paying.  The average size of a company shrinks as more and more companies are created to take advantage of these profits.

The more companies there are, the more people become managers, and the lower the average quality of managers becomes. Since the growth potential of a company reflects the ability of its managers, the average size of a company becomes even smaller. As a result, the ratio of people working in large and medium-sized companies will decrease, and conversely, the ratio of people working in small businesses will increase.

The average size of Japanese companies is 60% of that of the U.S. and three-quarters of that of the EU.  These facts indicate that that monopsony is strongly at work in Japan.

Monopsony leads to a vicious cycle that can thwart technological innovation.

It is unlikely that the average Japanese salary will change anytime soon.  Recently there have, however, been some signs of incremental improvement.

Wages are on a gradual upward trend in line with the recovery of economic activity.  Total cash payrolls increased for the sixth consecutive month in August, rising 0.7% from a year earlier to 274,987 yen ($2,456) per employee per month. General workers increased by 1.4%, while part-time workers decreased by 1.7%.

The politicians who are pulling the strings behind the scenes are, however, likely to ensure that wages do not rise too quickly.

Akira Amari, the Secretary General of the ruling Liberal Democratic Party (LDP), is widely believed to be the main advisor on the economy for the new prime minister.  He was responsible for the development and implementation of “Abenomics” when he was an official in the Abe administration.

Thus, it is fair to say that Prime Minister Kishida is likely to usher in some version of “Abenomics 2.0.” Although it may be called by another name, Amari will probably continue to push the same policies that he developed and advocated for former Prime Minister Abe. He has pledged to reduce the taxes of companies that increase wages, but no details have been released thus far. Abenomics 2.0 may turn out to be good for Japanese companies, but wages will, most likely, remain stagnant.

Prime Minister Kishida’s initial comments about the need for a more equitable distribution of wealth in the country may, however, lead to some sort of boost at least at the bottom end of the wage scale.

Potential to Raise the Minimum Wage

Any meaningful increase to the minimum wage will necessarily require business owners to increase labor productivity.

Studies in other countries have demonstrated that that raising the minimum wage increases the labor productivity of the entire country.  Such precedent may be enough of an impetus for the new government to push for a raise to the minimum wage.

At present all eyes are on the new—or at least partially re-vamped—political leadership.  As the average Japanese salary has been falling relative to other OECD countries for quite some time, the current environment may be right for Prime Minister Kishida to drive for a meaningful increase.  Just don’t hold your breath!