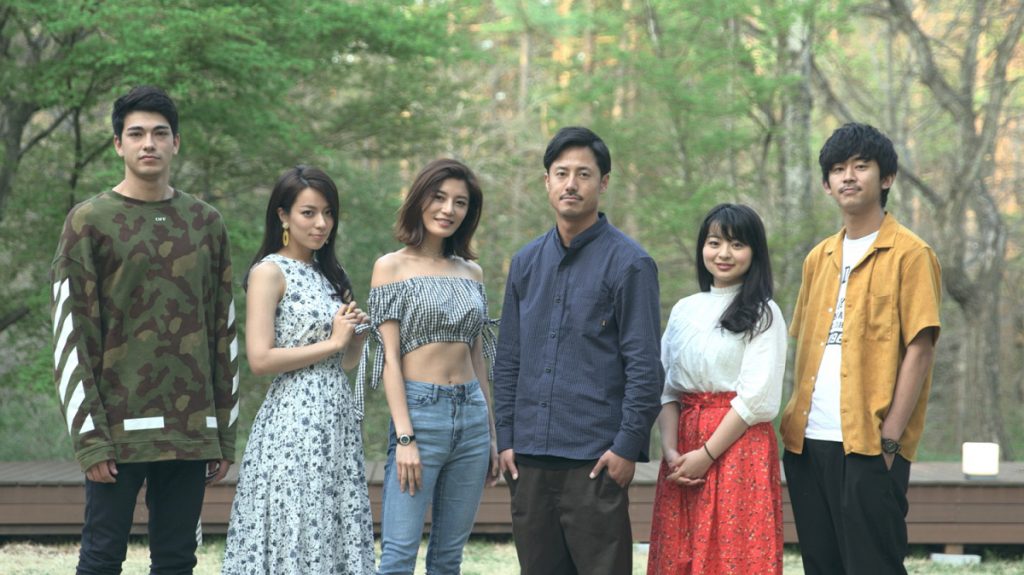 Reality TV is anything but real – however, Terrace House does a commendable job of getting us close to a version of reality that feels like home.

Game of Thrones gave us dragons. Queer Eye gave us Jonathan Van Ness. The Handmaid’s Tale gave us some solid Halloween costume ideas. But did any of these critically-acclaimed TV shows give us a Meat Incident to stand out amongst all incidents? A love worth dying for? Scat jazz performances with heartfelt yet perplexing English lyrics? Nay, they did not. But what show did?

If you’ve somehow scathed by without your nerdy, Japan-obsessed friend telling you about it, allow me to introduce you to the Japanese reality TV show Terrace House. The Fuji Television/Netflix duo teamed up in 2015 to reboot the series (which had aired in Japan for a couple of years prior), bringing pure joy to introverts all over the globe.

The setup is a familiar one to Western audiences: six people, three boys, and three girls live in a house. There are no challenges, however, nor are there any long drunken nights at the club or an island to be voted off of. The only goals set are the ones the housemates declare for themselves upon arrival (typically related to finding love or succeeding professionally). Their lives are documented as they go to work, live in the house, and interact (often awkwardly) with housemates. They can stay for as long as they like, usually until they’ve fulfilled a said goal. It’s a gloriously simple premise, but one that has given birth to immensely satisfying television.

Whether you remain unconvinced, or you’d simply like to like to reminisce on why you adore the show so much (I’m with you), below are some reasons why Terrace House is a show you should give a chance. If anything, it will finally put your poor nerdy friend out of their misery.

Did Somebody Say Dorama?

Despite being touted as the drama-free, eventless foil to US reality shows like The Real World and The Bachelor, Terrace House is anything but. When it comes to theatrics and tension, the show is best at heating it up to a slow, rolling boil, allowing it bubble, until it eventually spills over, scorching the entire pleasant, very smooth surface.

I personally can’t relate on a deep level to 22-year-olds getting hammered and screaming incoherent insults at each other at three in the morning. What I can relate to, however, is living with roommates that eat the food I went to great pains to save (The Meat Incident), and that clog the shower with hair. This is the drama we all know, which is why it’s so delicious (sorry, Meat Incident, too soon).

It may take a bit of time for tension to build and for things to hit the fan, but the wait is what makes the culmination (aka the fights) so chefs-kiss perfect. And what’s the ideal chaser to that shot of fiery theatrics, you ask?

There is nothing funnier in this world than watching a group of clever, quick-witted people who, having watched exactly what the viewer watched, break down the shenanigans of each scene, making joke after joke at the expense of the now out-of-sight leads. Luckily, this is what Terrace House serves up at several intervals throughout each episode, and, is precisely the secret to its success.

The five or six entertainers sit in a living-room-styled TV studio, cozied up in the same positions every week, ready to walk us through the goings-on of the show. Throughout each episode, we’re treated to the sight of their improvised conversations, which are relaxed but electric-fast as they bounce from one commentator to the other. Laughter from the crew off-camera, a pseudo audience of sorts, provides an atmosphere of traditional Japanese variety TV, while the discussions and reflections made by the panel (which often veer into hilarious sexual territory) give a more intimate, night-spent-at-home-with-friends feel.

Should Western reality TV shows wish to elevate their audience’s viewing experience, they would do well to take note of this setup. It’s worked to make Terrace House not take itself too seriously, and the commentators have spawned endless adoration from fans around the world. But don’t worry! There is always room for more (yes, you).

Kokuhaku, or, a “confession” in Japanese, is a pillar of Japanese entertainment. If you’ve ever spent any time watching anime, reading manga, or watching Japanese terebi (TV) dramas, the confession is almost always where things are leading. Earthquake disaster TV show about medics saving lives? There will be a confession of love. A wacky anime about pre-teen, ramen-slurping ninja warriors fighting evil? You better bet on some major kokuhaku.

Terrace House is no exception to this rule. The fact that the viewers are often shown how each person feels about the other before the big confession (often with fireworks, a body of water, or, my personal favorite, a church altar being used as a backdrop) only adds to the anticipation of the moment. It’s a formula that works and never gets old. I recommend whipping up some popcorn and enjoying the silly, sad, and sometimes genuinely romantic kokuhaku that ensue.

A Second Life on Social Media

As my yoga teacher once told me after practice, “Don’t decide where it ends.” Once you’ve gotten to know the characters on-screen, an entire world outside of the show awaits you. Nearly every single cast member is living very beautiful, filtered lives on Instagram, where they’ve raked in thousands upon thousands of followers (yours truly amongst them), and, no doubt, endorsement deals.

Reddit, too, is a haven for die-hard fans of the show and is an unmissable source of entertainment. I recommend checking out threads dedicated to each episode so that you aren’t spoiled. Some lucky viewers in Japan see new episodes weekly, whereas us lowly Westerners must wait for terrible royalty-free music to get edited in the place of the much hipper pop songs played in the Japanese version (admittedly, the terrible music is part of the charm of the show).

So, once you’ve binged an entire season of the show and all is left on the couch is your skeleton holding an empty bottle of Chardonnay, don’t worry! There is still more Terrace House entertainment to be enjoyed.

I would be remiss not to mention one of the most pleasant parts of Terrace House: the setting itself. There’s a sweet, warm glow that seems to always emanate throughout the house and across the not-so-innocent, beautiful, consistently acne-free faces of our housemates, making for a pleasant sight to gaze upon. This is undoubtedly thanks to some very talented lighting designers. They have a knack for creating soft, flattering light that enhances the coziness of the house where the castmates live, fall in love, and guzzle copious amounts of alcohol (most of which was thanks to OG housemate Seina Shimabukuro).

This is a notable, stark contrast to the nightmarish, white fluorescent lighting that blinds in US reality shows like Big Brother. The harsh brightness on that show is the kind of sharp glare that instantly makes me want to curl up in the fetal position and die. The dimmed, soothing light of Terrace House is a salve, and the cinematographer should be hailed as a national treasure.

The pace of the show is just as calm and soft, never in any rush (unless the big fight of the season is happening, in which case, cue the royalty-free rock music!). Like a classic Ozu film, the creators make a note to edit together silent shots of a room and its contents before our leading players enter the scene. This sets the audience up to absorb a bit of the atmosphere in the house, placing us there with the castmates.

Of course, reality TV is anything but real – this we (hopefully) know. However, between the relatable content and the sense of warmth that springs forth off the screen, Terrace House does a commendable job of getting us close to a version of reality that feels, dare I say it, like home.