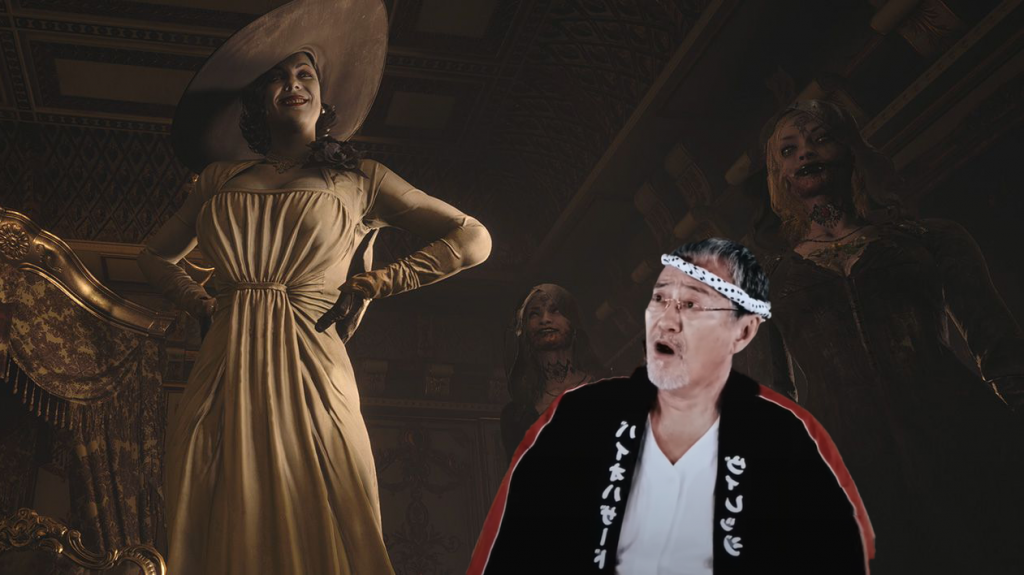 Yoshi Ikuzo, a popular Japanese folk singer, has adapted his classic song into the theme for the upcoming horror game, Resident Evil Village.

Yoshida Ikuzo, which is a play on words meaning “alright, let’s go” in Japanese, is the stage name of the Japanese Enka singer Yoshihito Kamata. Enka is a traditional type of folk music in Japan that is comparable to western Blues. Yoshida is a legend in the Enka genre, and his hit 1984 song, “I’m going to Tokyo,” is especially memorable. The song is sung in the distinct Tsugaru dialect of Japanese that is native to his northern home of Aomori Prefecture. While older generations may love Yoshida’s Enka singing, a recent rearranging of his classic song is bringing him back into the spotlight for new listeners.

In order to promote the release of the upcoming horror game by Capcom, Resident Evil Village, Yoshida brought his old song out of retirement with a brand new arrangement. The song originally depicts how fed up he is with his boring village life and how he has decided to go to Tokyo to get rich. However, his new version, titled “I Hate This Village Lv. 100,” gives a few different reasons for wanting to get out of the village ASAP.

Resident Evil Village will take place in a mysterious village cut off from society. Here in this isolated village, the people of the town are plagued by vicious monsters such as werewolves and vampires. It’s definitely not a place you want to stay the night at. Yoshida’s new lyrics blend these elements into his new song such as “I’ll survive and make it home” or “I’ll play Resident Evil in Ginza.” These lyrics, of course, were not featured in his original song.

Yoshida Ikuzo’s catchy new arrangement has already become a smash hit in Japan. The video alone has garnered over 4 million views in the past four days. The song also became trending on Japanese Twitter. The only English line in the song, ” YOU ARE DEAD!” was also trending on Twitter as fans expressed their surprise at the unexpected partnering of the Enka singer and Resident Evil. According to online comments, fans of Yoshida Ikuzo were glad to see him looking healthy and back in the spotlight. For those simply excited to get their hands on Resident Evil Village, Yoshida’s catchy tune may make getting through the terrifying village just a bit easier.