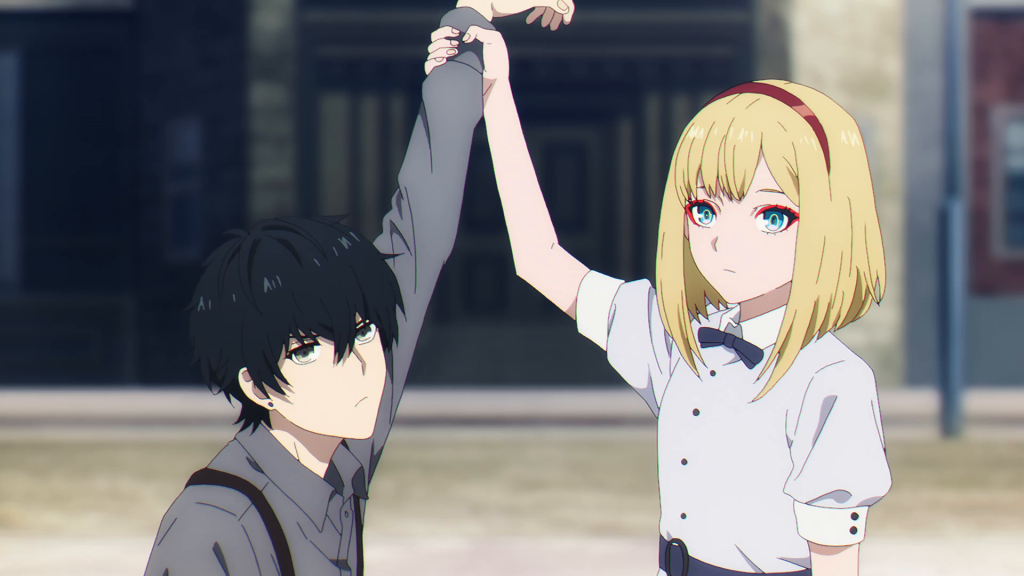 Check out the top 3 lists for male and female anime characters people fell in love with at first sight in 2021! Who was your pick?

Anime Can Get Deep

From merchandise and character goods to figurines and even costumes to dress up in, anime fans around the world usually always have a favorite character.  Sometimes, it takes a while to get to know a character before falling in love with them, but sometimes, you just know.

The Top 3 Female Anime Characters People Fell in Love With

In third place on the female character list is Miko Yotsuya from Mieruko-Chan, a new horror-comedy series that follows Miko, a uniform wearing high school student who happens to be able to see the freaky monsters and spirits that roam earth.  Miko had the approval of 5% of the respondents.

Respondents felt that Miko’s strong will to make the best of a horrible situation was admirable, and said that you don’t really have a choice but to be on her side and root for her as she desperately deals with her situation.

Second is Shouko Komi from Komi Can’t Communicate.  Shouko is a high school student blessed with beautiful looks and is the crush of almost all of her male classmates.  The show gets its title from the fact that even in a high school uniform, Shouko’s looks and the resulting popularity don’t make it any easier for her to deal with her severe social anxiety that makes communicating with others hard for her.  One of her friends, Tadano, vows to help her make 100 friends.

Around Japan since 2016, Komi Can’t Communicate was adapted into an anime this year and has been approved to air in North America as well.  Shouko had 6% of respondents vote for her.  Voters felt that the show reflected many realities that come with being a high school student and felt moved by the ways that Shouko dealt with her issues.

1. Cossette Schneider AKA Destiny from takt.op

The number one female anime character that people fell in love with at first sight in 2021 is Cossette Schneider, also known as Destiny, from takt.op Destiny, a series about classical musicians.  8% of respondents voted for her.

The anime takes place in a future where music cannot be played freely as it attracts monsters. Destiny was once a human named Cossette Schneider but was reborn as a “Musicart” girl in order to fight the monsters. Destiny wears a modernized victorian style red dress nowadays, but back when she was known as Cossette Schneider, she could be seen wearing a white dress with a collar.

Respondents felt she was the perfect mix of cool and cute, as well as strong.  People noted that the battle scenes were super captivating and awesome to watch!

The Top 3 Male Anime Characters People Fell in Love With

Hyuse from World Trigger is third place for the male characters.  In World Trigger, characters fight against monsters known as “neighbors” who have come to destroy the people of Mikado.

Hyuse is actually a “neighbor” who has been stranded on earth who has agreed to join the force as a trusted prisoner of war that fights against his own kind, but only as a means to return to his own world. Hyuse is often seen rocking his black cloak over a grey suit that the other members of the force wear.

In second place, and only one vote behind the number one spot is Guiltia Brion from Visual Prison’s third season.  Visual Prison follows the stories of vampire visual kei musicians, “glam rock stars” who focus on elaborate visuals and costumes, who assemble in Harajuku, Tokyo once a year at an event known as “Visual Prison.”  Here, they have musical battles.

Fans noted Guiltia’s long blonde hair and bewitching style as an initial catch that made them fall in love at first sight.  The series was released only in October of this year, and has since become very popular. When Guiltia isn’t wearing a sleeveless turtlenecked sweater and tight black pants, he’s usually got on his gold studded, black pilots hat and a blue jacket with gold jewelry.

Similar to the female character list, first place for male characters is also a takt.op character.  Takt Asahina, the protagonist of takt.op who has a pact with Destiny to destroy the monsters known as the “D2” who come after them for playing music ranked number one with 5% of the votes.

Takt, as a conductor, has to guide the “Musicart” girls, who fight with music to destroy the monsters.  Respondents note the ways he moves the batons during battle scenes along with the beautiful music that makes you fall in love with him.  People also like his confidence in his piano skills, saying that this was another thing that made him attractive. Takt often sports black pants with suspenders over a grey dress shirt. If not, he’s probably wearing a black and gold conductors outfit.

What do you think?  Which anime character did you fall in love with in 2021?