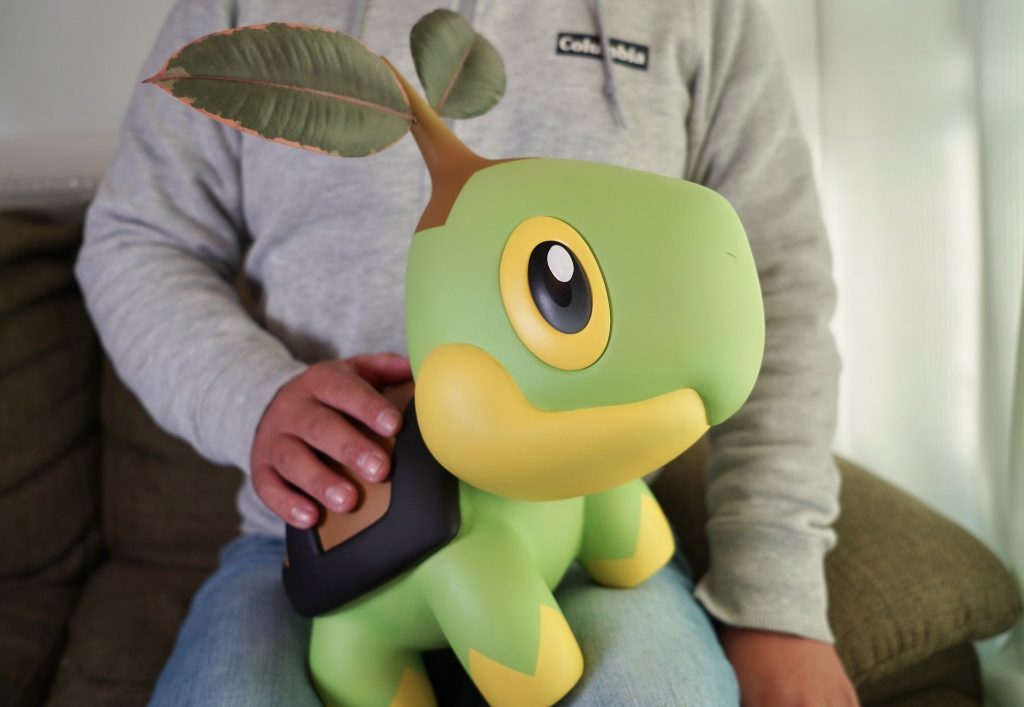 Japanese artist Clay Yoshirin is creating real life Pokemon with his extremely detailed, to-scale statues! See how he creates them!

Clay Yoshirin, or @plasmaclusterha on Twitter, is giving a new meaning to the idea of “bringing Pokemon to life” through his amazing to-scale clay sculptures.

While Twitter acts as a platform to promote his work, on YouTube you can watch the artist’s actual process of making each individual clay Pokemon.  On top of this, many of his videos end with a small sketch of his real life Pokemon in action, moving around in the wild, or playing with a ball.

Adding another layer of reality and functionality to his work, some of the Pokemon he makes have special features, like real leaves on Turtwig’s head, an iPhone charger equipped with his Dedenne, and his Chinchou which has real lamps attached to its head.

Correspondents at the media outlet Nlab interviewed Clay Yoshirin about his work, his process, and the attention his pieces have been getting.

When asked the simple question, “why?” Yoshirin outlined that he had rekindled his love of Pokemon as an adult after getting hooked on the anime series Pokemon: Sun & Moon, the 20th season installment of the animated series.

He noted that Sun & Moon was particularly interesting because of its tendency to also show the perspective of the Pokemon themselves.  After watching the series, he decided to give recreating them out of clay a try, simply to “kill time.”  He also added that his favorite Pokemon is Slaking.

At first, Clay Yoshirin was only uploading pictures of his work on Twitter.  It wasn’t until he was approached by a member in a group chat for Pokemon fans who persuaded him to start uploading videos on YouTube as well.

Reluctantly, Yoshirin accepted.  He notes that he makes sure that his videos are kept simple, but also “fun.”  Yoshirin noted that it wasn’t until he saw that 80% of his viewers lived outside of Japan that he decided to keep his videos short, simple, and with as little Japanese as possible.

He also laughed while explaining that before everything, he wasn’t really a “tech guy,” but he’d bought a laptop for 400,000 yen (3,500 USD), so he figured he had to put it to good use.  In other words, generate some income.  Judging by the fact that he now has nearly 60 thousand subscribers, and his most popular video about his Pichu sculpture with a wireless phone charger attached has more than 665,000 views, it’s safe to say that he has likely made his initial $3,500 investment back.

Who knows, maybe one day Clay Yoshirin will start selling his work, and you may be able to buy one.  After all, who wouldn’t want to charge their phone against Pichu’s cheek!  Make sure to subscribe and check out his YouTube channel for more videos in the future!  Catch em’ all!