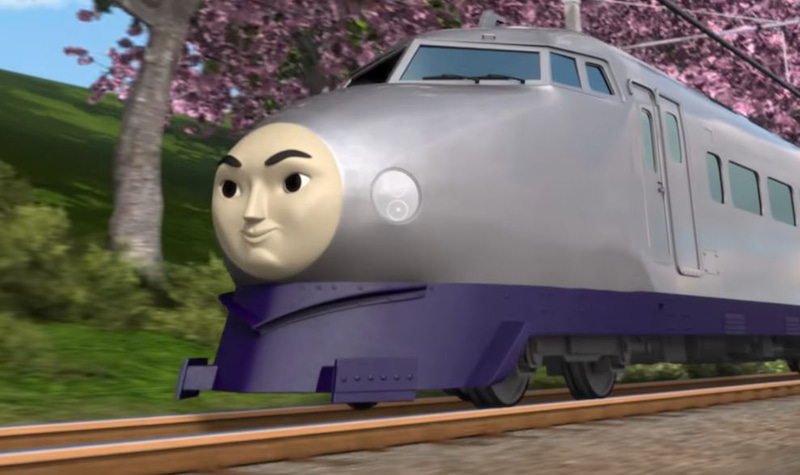 Kenji, a character based on a 0-series bullet train, will be joining the cast of Thomas The Tank Engine. And people in Japan are excited!

The beloved children’s show “Thomas the Tank Engine,” is getting a new edition to its cast. It was announced on October 20th that Kenji, a train based on a 0-series bullet train, will be joining the cast of Thomas The Tank Engine in an all-new theatrical cut of Kenji’s four-episode arc.

The movie is planning to be released in the spring of 2021 and will go by Kikansha Thomas Oide Yo! Mirai no Hatsumei Show! Or “Thomas the Tank Engine: Come one, come all! To the Future Inventions Show!”

The story will center around Thomas and friends checking out the newest technology at the Sodor Technology Fair, where Kenji’s impressive electrical power is sure to take the spotlight. The bullet train Kenji garnered immediate attention in Japan, with many tweets praising him with lines such as, “He’s powered by Japanese Spirit,” and numerous comments referring to him being handsome.

Of course, many memes are also being made at Kenji’s expense. Photoshopping different faces onto the train and jokes about train lines, such as most bullet trains being named after girl names, are just some of Kenji’s appearance results. As of now, the original announcement Tweet has received over 40 thousand likes.

A 18-meter-tall, moving Gundam has been constructed at in Yokohama. The full-scale robot weights 25 tons and can perform a variety of…
December 2, 2020

With all the cool photospots at the Pokémon Illuminations attraction, you’ll quickly become the envy of your social media followers.
November 28, 2020

The author of the Dragon Quest V novelization is filing a law suit after claims of the recent Square Enix movie using…
November 26, 2020