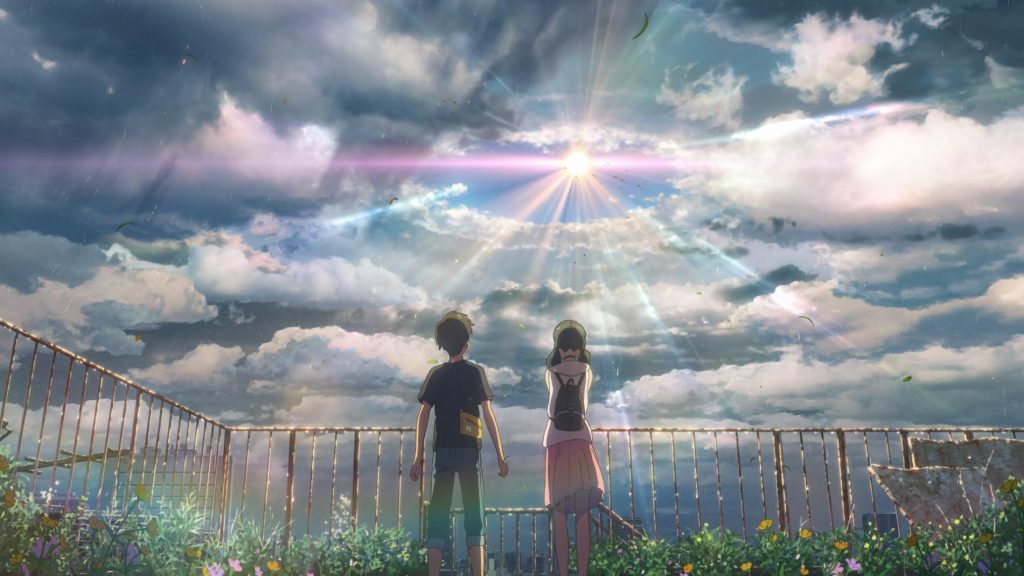 “Weathering with You” to represent Japan for Oscar Entry

Weathering with You crossed 10 Billion yen (95 Million USD) at the Box Office. This already makes the Top 10 films from all genre of all time in Japan.

Makoto Shinkai, a rising star in the world of anime, seems to be unstoppable. Shinkai’s latest movie “Weathering with You,” released on July 19, has already gathered over 7.5 million viewers in Japan and crossed 10 Billion yen (95 Million USD) at the Box Office. This puts it in the Top 10 films from all genre of all time in Japan. The movie has generated a widespread buzz in Japan and now is gaining a lot of attention internationally as well.

On August 26th, “Weathering with You” was selected as Japan’s 2020 Oscar entry in the Best International Film category from a shortlist of 13 films by a committee of seven film directors, scriptwriters, and critics. This makes “Weathering with You” the second anime movie to represent Japan in the category (“Princess Mononoke” in 1997 was the first anime in the same category but failed to land a nomination.)

What’s also astonishing is that this is Shinkai’s second home run in a row after the massive success of “Your Name” in 2016, which has recorded over $360 Million in collections, at the Box Office, worldwide until today. His movies have a huge fan following outside of Japan as well with many prominent celebrities endorsing and appreciating his work. Elon Musk, one of Shinkai’s die-hard fans, expressed his love, by tweeting below:

I won’t discuss the details of Weathering and do a spoiler for you – but just give a brief intro. The central theme in “Weathering With You” is how climate change affects humans and humans affect climate. The fact that numerous rainstorms hit Tokyo this summer also strengthens Shinkai’s point and made perfect timing for the release. Although it’s still not released in many countries outside Japan, including the U.S. (except for a few select screenings), the ratings so far have been pretty good.

Most of Shinkai’s past works are themed around ‘sky’ and ‘space.’ Since a small child, Shinkai was fascinated with space, and his favorite authors included Steven Hawking, Isaac Asimov, and Arthur C. Clark. Shinkai demonstrated an extraordinary passion and energy for anime creation when he started working as a designer & creator for Falcom, a gaming company, while he was in college. For five years, Shinkai created animations for role-playing games at Falcom and also worked diligently on his original animes after work.

Shinkai eventually left Falcom to focus on his own animes. Shinkai later recalls, “The movies that I was creating at Falcom were about fictional worlds, which are completely different than the world we live in. I wanted to depict things that are more relevant to my daily life.” And this point of view has been a fundamental principle in all Shinkai’s films. The world portrayed by Shinkai may seem beguiling, but most subjects are real things such as skies, clouds, stars, gardens, rain, trees…etc.

Here are my Top 3 recommendations of Shinkai Animes, besides Weathering with You:

A teenage boy Aki and a girl Mitsuha share a magical connection upon discovering they are swapping bodies. When Aki and Mitsuha decide to meet in person, things start to become more complicated.

Comment: Your Name has been the most popular among all Shinkai’s films so far and one of the most successful in the Japanese anime history.

A lonely high school student Takao who dreams of becoming a shoemaker skips his morning lessons to sit in a garden and think about shoe design. He meets a mysterious woman Yukino who likes reading poems. Two of them start sharing a feeling of loneliness and loss as they start exchanging words.

Comment: Garden of Words is my favorite Shinkai film. I liked how Takao follows his passion and dream and also how Yukino transforms after meeting with Takao. “Shinjuku Gyoen National Garden” where this anime is set, is like the Central Park of Tokyo and a great place to visit, especially in Spring and Fall.

Takaki and Akari loved each other since their childhood; however, a quirk of fate and harshness of the universe start to change how things were for the two.

Comment: I heard from several (mainly male) friends that this film was “too-heartbreaking,” as it recalls their memories of first love and their painful endings. I couldn’t agree more, and it’s not the most recommended movie for a couple to watch together (unless you want to feel awkward). At any rate, it’s definitely one of Shinkai’s best films with exquisite artwork focused on such a universal theme.